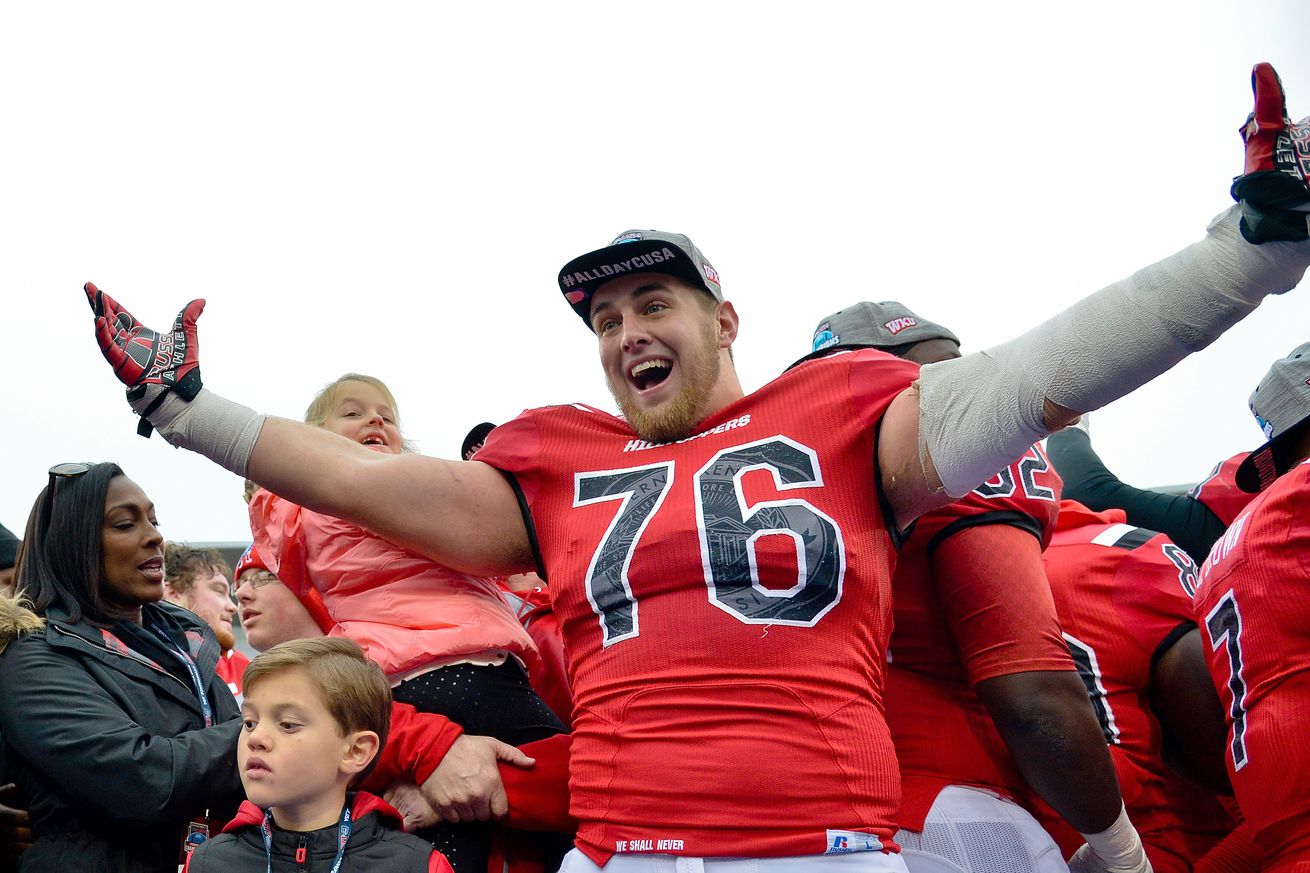 Hey may or may not be a tackle, but Lamp is the top offensive lineman in this year's draft.

One prospect who the Denver Broncos have been showing interest in and may consider during the first round of the 2017 NFL Draft is former Western Kentucky offensive lineman Forrest Lamp. He's a 6'4", 309lb offensive lineman who is considered the top Guard in this year's draft. Lamp is ranked as the 30th best prospect in the 2017 NFL Draft according to CBS Sports and is ranked as the top guard in this year's draft.

Does Forrest Lamp make sense for the Denver Broncos?

I love the fit, but the big question is, can he fill the left tackle void for the Broncos?

Forrest Lamp allowed 0 sacks, 4 total pressures in 2016. Had 9 perfect games of pass pro. Screw arm length, try him at LT in the NFL

The people at Pro Football Focus have tweeted out at least a couple times about how they think Lamp can play left tackle despite his height and arm length limitations. I briefly bought it and even wrote an article about it on here, but while I would love it if it worked out, I just don't think it's an ideal fit.

He's shorter than you would like, and his arm length is an issue. Why prospects like Cowboys guards Zach Martin and La'el Collins all moved to guard. Same goes for Washington guard Brandon Scherff and Browns guard Joel Bitonio. They all were tackles that moved inside to guard and flourished. They probably could have stayed at tackle, but to take full advantage of their skillset, they were moved to guard. I think the same applies to Lamp.

If drafted by the Broncos, I would plug Lamp in at either guard spot. Ronald Leary said he would play either spot, and Lamp has the versatility to flourish at either spot as well. This would give the Broncos two solid interior options along with a hopefully healthy Matt Paradis at center. The tackle position would remain a clusterf... but the Broncos would at least have the building blocks to a very good offensive line.