Terrell Davis is finally headed to the Hall of Fame, what changed? 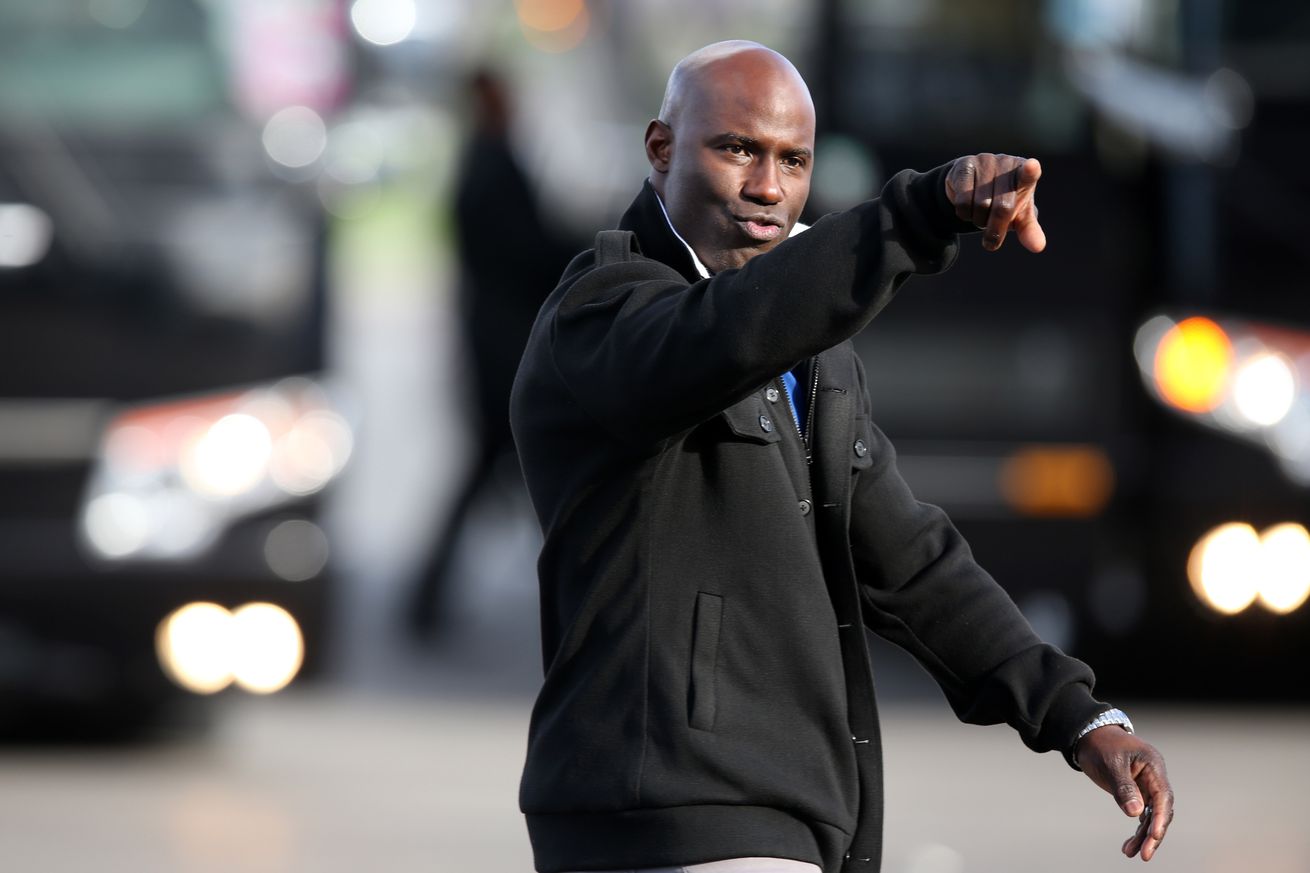 There are multiple reasons it came to fruition, it’s just awesome to finally say and see it.

Good, TD is a hall of famer, morning, Broncos Country!

Let that sink in. Around 12 hours later, it still feels surreal. I’m over the moon the story I wrote could finally get published and not sit idle another year with doubt if it would ever run. I’m in the clouds my wife and I can make the trek in August to Canton, Ohio to see this event most of us wanted to see but weren’t sure it would happen.

Benefits of onion juice for hair - Si…
5 things to look for when shopping fo…
The Jon Gruden Case and Why the NFL S…
The Allman Family Revival Adds Ivan N…
Karen Wiesner: The Stories Behind Cla…

Looks like the third time is the charm for Terrell Davis. This was the third time TD was a finalist for the Hall of Fame. So what changed? Why was this the year he finally got the votes from the 48-person selection committee?

Pure happiness. I've been dreaming of this moment. Still in disbelief. HONORED to be elected into the Pro Football Hall of Fame. #HOF2017

If you ask Laurie Lattimore-Volkmann, who was the architect behind our 30 reasons in 30 days Davis is a hall of famer, a large part was us. As she said on Facebook, "It definitely got him over the top." I tend to think she’s right. Mile High Report has a lot of sway on stuff like this. But Andrew Mason and the Denver Broncos have more, and they pounded the table hard for him as well. I’d like to think our series had a hand in that.

The voters finally came around to the impact Davis had on the NFL. They realized even in his short career, he’s one of the greatest to ever put on a helmet and play the position. They realized you cannot tell the story of the NFL in the 1990s, or any period, without Davis. Broncos beat writer at ESPN, Jeff Legwold, deserves a lot of credit for that as well. He’s been dogged in his approach and preparation when it comes to his role in presenting Broncos. Legwold is a huge reason why Floyd Little got inducted in 2010.

@MileHighReport all thanks to td.

Last but not least, Hall of Fame voter and ESPN analyst Jim Trotter, who gave Davis’ presentation on Saturday. I’m not certain on this, but you can bet Legwold had a hand in that. But the presentation was ultimately given by Trotter, and it’s damn fitting since he’s vouched for Davis for years. Trotter carries a lot of pull in that room and with him on Davis’ side it was only a matter of time.

Davis is headed to the Pro Football Hall of Fame.

Pure happiness. I've been dreaming of this moment. Still in disbelief. HONORED to be elected into the Pro Football Hall of Fame. #HOF2017

Terrell Davis becomes fifth Broncos Ring of Famer to join the Pro Football Hall of Fame
After nearly a decade of eligibility and two previous years as a finalist, the Hall's selection committee finally called on Davis, but did not choose John Lynch or Brian Dawkins.

Even if Lynch and Davis are inducted, Broncos will still be underrepresented in Hall of Fame
The Broncos have plenty of other viable candidates who didn't even make it to the list of finalists this year.

Joe Ellis on the changing face of the AFC West map
The Broncos' President and CEO is on the league's stadium committee, so he has close eyes on the Chargers' move and what could transpire with the Raiders.

Broncos got 'best guy' in Vance Joseph, but Kyle Shanahan made it tough choice
Both the Broncos and Kyle Shanahan had nothing but good things to say about the head-coach interviewing process.

Woody Paige's 'History of the Super Bowl': What games have made memories - 7NEWS Denver TheDenverChannel.com
Woody Paige reflects back on this history of the game.

Broncos CB Chris Harris on Osweiler: "Y’all can have him" | Texans Wire
Texans fans are acutely aware of Brock Osweiler's shortcomings at quarterback in his first year in Houston. On Friday, a former Denver teammate threw some shade on the $72 million free-agent flop.

Clark Hunt’s Super Bowl plan for Chiefs still starts with John Dorsey, Andy Reid | The Kansas City Star
Clark Hunt is at the Super Bowl, again without the team he runs. He thinks this year’s Kansas City Chiefs were good enough to win the Super Bowl but acknowledges they must get better.

Eric Berry of Kansas City Chiefs says he won't play under franchise tag in 2017
Chiefs safety Eric Berry told NFL Network on Thursday he's "definitely not going to play" for the Chiefs in 2017 under the franchise tag.

Rumors continue to link Tony Romo to KC but what do the Chiefs think? - Arrowhead Pride
The Tony Romo rumors continue. Jason La Canfora kicked them off earlier this week with a report that Romo was eyeing a few teams as options, including the Kansas City Chiefs.

Chargers pay city $12.57M, terminate Qualcomm lease - The San Diego Union-Tribune
The Chargers on Wednesday paid the City of San Diego $12.575 million for breaking the team’s lease at Qualcomm Stadium before it was due to expire in 2020, according to the mayor’s office.

The Chargers (and Raiders) are a symptom of a bigger NFL problem - Bolts From The Blue
With construction costs ballooning and a number of NFL owners unable to afford to pay billions towards a new stadium, this relocation issue is going to continue to plague the league.

Atlanta's long-suffering Falcons fans ready to rise up!
In 51 years, Atlanta's pro sports franchises have delivered just one championship. The times may be a-changin'.

10 moments that defined the Atlanta Falcons 2016 season
1. Falcons lose first game to Tampa Bay The Falcons lost the season-opener and its first division game to the Tampa Bay Buccaneers 31-24.

Matt Ryan is the first quarterback ever to wear #2 in the Super Bowl - The Falcoholic
That’s insane.

Super Bowl running back Dion Lewis 16-0 as a New England Patriot
Former Pitt star Dion Lewis is unbeaten in games in which he has played with New England.

Tom Brady's effect on teammates a formidable challenge for Falcons
But Falcons defensive coordinator Richard Smith believes Matt Ryan has the kind of impact on his team that Brady has on the Patriots.

5 reasons Super Bowl LI could be the best Super Bowl ever | FOX Sports
Patriots vs. Falcons has the makings of another classic.

The Super Bowl’s evolution from football game to entertainment extravaganza - Salon.com
Because of it couldn't consistently guarantee a reasonably competitive game, the NFL decided to ramp up spectacle.

Not forgotten: For every Super Bowl star, there's an equally talented player who didn't make it - LA Times
Alex Mack will start at center for the Atlanta Falcons in the Super Bowl on Sunday, but he'll never forget the toughest teammate he played with in high school, Duncan Krier.

How a classic Super Bowl can rewrite the doomsday NFL fears | New York Post
NFL television ratings are down. I know, I know. Knock you over with a feather. There has been a lot of thought, a lot of fret, a lot of study put into this. For a time it seemed the NFL, like just about everything else in the country, had been overcome and overrun by the presidential campaign.

Is this purgatory? Super Bowl nights are unpredictable - NFL.com
I'm not here to say you shouldn't propose on the stage of a Super Bowl party, I'm just saying I'm surprised it happened.Dan Hanzus recaps the highs and lows of Super Bowl week nightlife.

The Super Bowl babies are back with a vengeance - NFL.com
The sequel to last year's Super Bowl babies commercial doesn't disappoint because, really, what's more adorable than babies dressed up like famous NFL players and coaches?

Adviser specializes in making sure NFL players don’t go broke - MarketWatch
Advisor specializes in what he calls "young money," including entertainers, entrepreneurs and pro athletes who find themselves laden with sudden wealth.

Ford: Not a super season for the NFL
The NFL's season of unending misery comes to a close on Sunday night with a Super Bowl that might reprise all the league's woes in one handy four-hour package. It would be quite an undertaking, but the Patriots and Falcons could conceivably do it.

NFL keen on vast China market, but don't expect game there anytime soon
The NFL has plenty of interest in expanding its presence in China, but there's no hurry to play a game there. The league would rather wait and do it right than rush into anything.

Just-retired Pat McAfee tries Adderall, now gets why NFL labels it a PED - CBSSports.com
The former Colts punter was regularly the recipient of random drug tests.

Is greed slowing the NFL's growth?
On eve of Super Bowl, league faces tough questions on how to market to millenials.

Terrell Davis is finally headed to the Hall of Fame, what changed?