A tale of two offensive lines 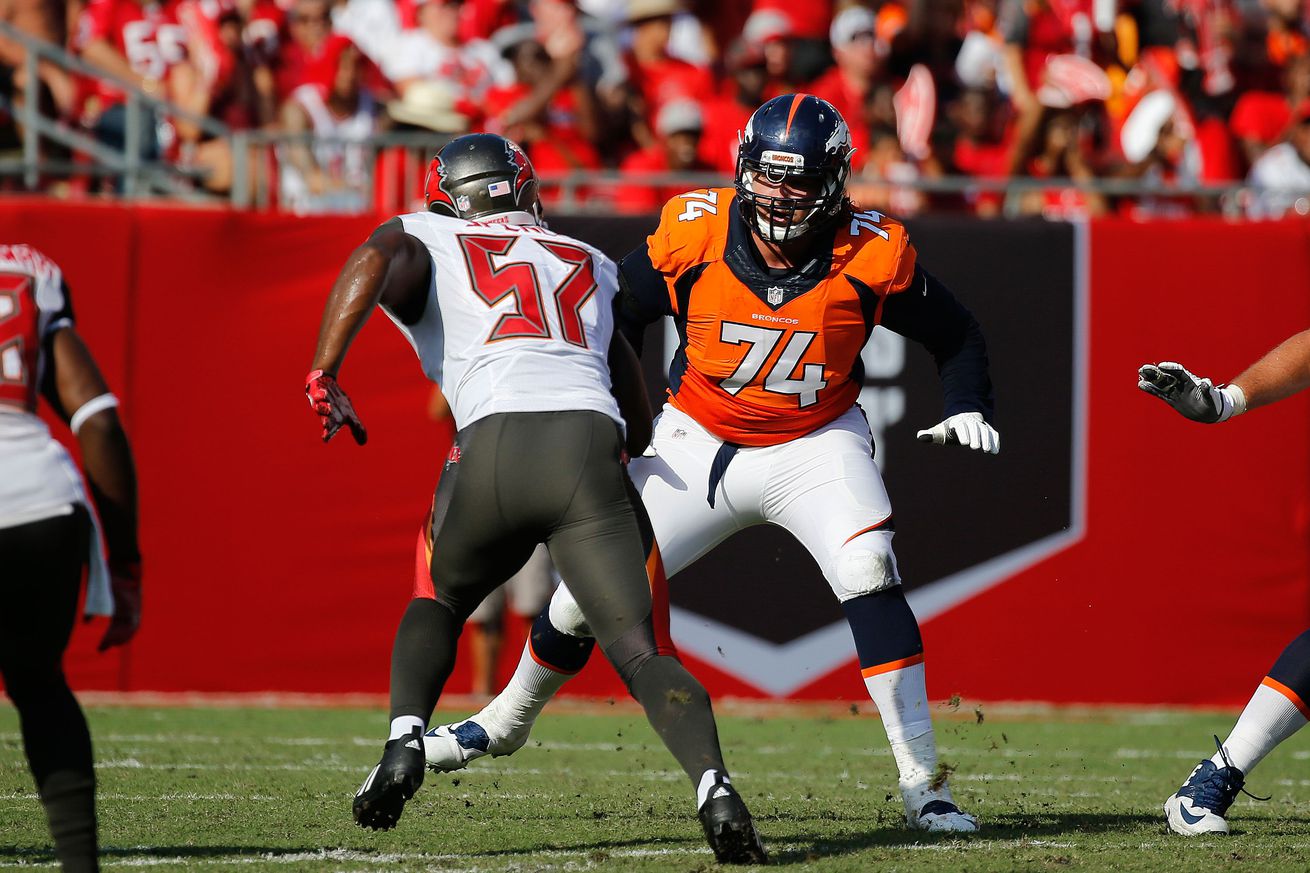 According to football outsiders, the Denver Broncos OL is ranked 29th in the league for pass blocking (by adjusted sack rate). The Oakland Raiders OL is ranked #1. I was able to find a stat site that shows sacks allowed by individual offensive lineman (and holding penalties). So first, as much as it pains me to do so, lets look at the offensive line for the Raiders to see what a good offensive line should look like.

Expansion of Fed’s Balance Sheet coul…
Prayer Is Also an Offensive Weapon of…
On Promoting Your Problematic Faves
5 Tips on How to Protect Your Kids fr…
History, Hate, and Trusting the Playe…

The Raiders have only allowed 13 sacks in 13 games as a team and only 6 of those are blamed on their OL. As you will see later, Ty Sambrailo has allowed more sacks than the entire Raiders offensive line. So here are the numbers for the Raiders OL

They use a lot of 6 OL sets, but they have three starters on the OL who have not allowed a sack all year. They are not getting called for holding at alarming rates either as their offensive line has only been called for holding 15 times in 13 games - the exact same number as ours.

One key thing to point out is the size difference in their OL relative to ours. By listed weights their OL guys - 336, 333, 295, 336, 305 with their 6th guy being 336. Compare that to our OL - 310, 309, 300, 301, 312 with our 6th being 315 (who is oddly, the weakest of the bunch). Here’s the sad part, lighter/quicker offensive lineman are supposed to be better at pass protection than massive slow-footed OL players. But our guys are not showing that they are better pass protectors than the much heavier Raider offensive lineman. Some of this might be attributed to QB play, but I’ll leave that for the discussion section.

The Broncos have allowed 36 sacks on the season, but only 18.5 have been attributed to the offensive line.

You can see that on a rate basis Ty Sambrailo is giving up sacks at a prodigious rate. In fact, most guys who give up sacks at that rate get benched long before allowing 8 sacks. Michael Schofield was roasted last season for giving up 10 total sacks in 13 games in the regular season, but he did so in 876 snaps. Meaning that he only gave up one sack for every 88 offensive snaps. If we look at the worst offensive lineman in the league that season in terms of absolute number of sacks allowed. We see that Sambrailo has allowed the second most sacks of any offensive lineman in the NFL. He has done so in about one third or one quarter of the number of offensive snaps.

I was willing to give Ty some slack because of his chronic upper body problems (elbow and shoulder), but you have to wonder how he was allowed back on the field if he was so unable to deliver a punch. You also have to wonder how he was able to best any of our edge rushers in practice to show the coaching staff that he was ready to play on Sundays. Given he poorly he has played in pass protection, I doubt that he could stop any of our OLBs or DEs in practice.

1-Click to Backup your iPhone Data without iTunes – DearMob Giveaway

A tale of two offensive lines