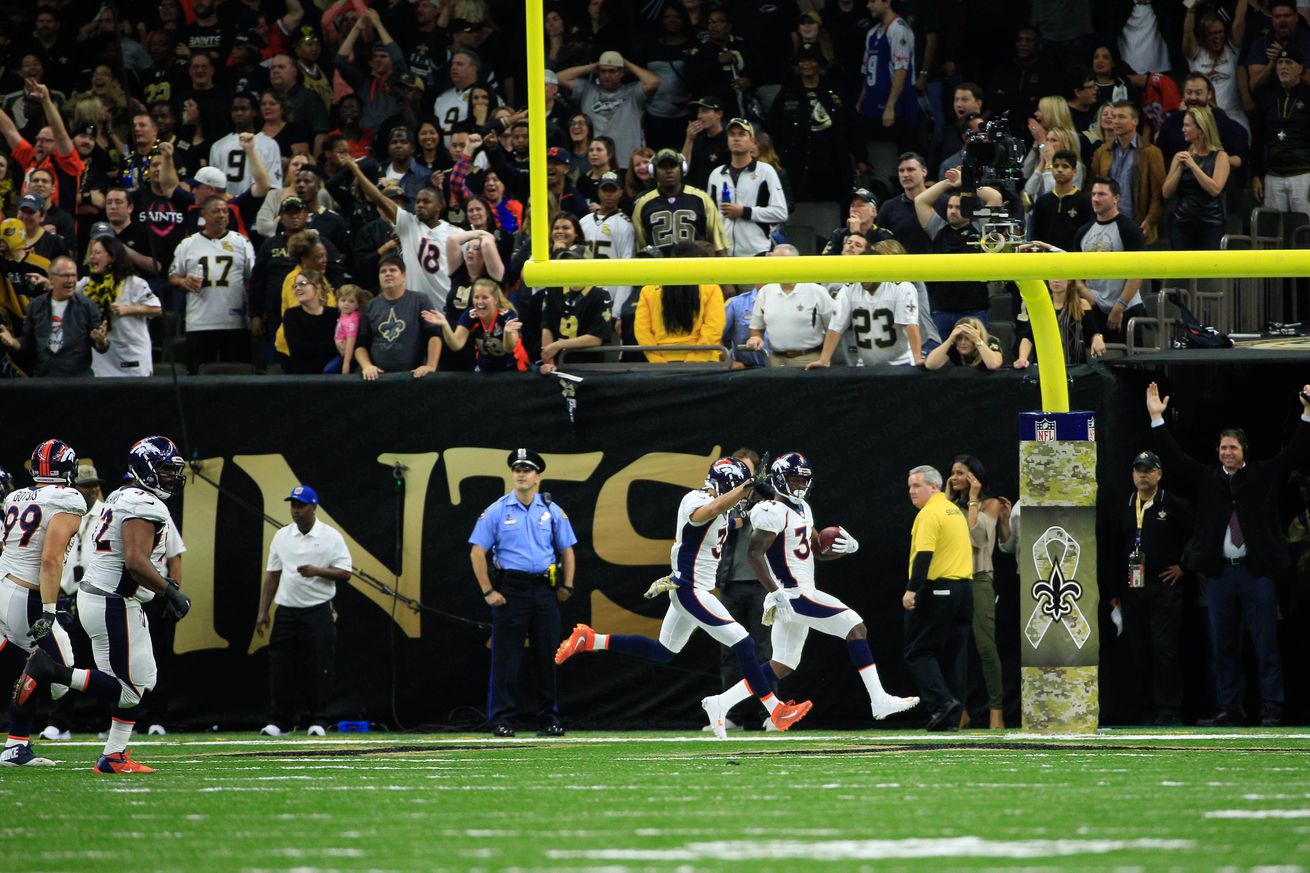 How did a win effect the Denver Broncos power rankings?

The best part of these power rankings this week is not having to list the Patriots* 1st. Woo. I feel like Eddie Mac in the above picture. So, did our win help us in the rankings? Did we jump the stinking Raiders? How do they feel about our QB? Are we still ranked behind the raiders and the chiefs in most polls? (yes) Stupid men behind desks.

Trevor Siemian was shaky once again, but his struggles were bailed out by the Broncos’ miraculous blocked extra point in the final minutes to seal an unlikely victory against New Orleans. Denver probably loses that game if the PAT isn’t blocked as it would have put the Saints up one with 1:22 remaining. I don’t trust Siemian to lead the Broncos to victory in that situation, but that’s moot. They got the win and moved to 7-3.

The Broncos pulled out what was Sunday's most exciting early game. Thought the replay official did a nice job not overturning the call on the returned extra point. Initially, I believed the refs missed a defensive holding call on the center that allowed Justin Simmons to leap and block the extra point in the first place ... but no! Turns out the Broncos followed the law of the land, as explained by NFL officiating czar Dean Blandino. (Learn something new every day!)

Denver kept pace in the AFC West thanks to a blocked extra point attempt that was returned for a touchdown. The Broncos are still winning (three of their past four), but turnovers are starting to become a problem and could be a focus during their Week 11 bye. Denver has had at least two turnovers in each of its past three games

Broncos: How profound has CB Aqib Talib's absence been? Denver has surrendered nearly 100 more yards per game with him on the sideline.

The defense played a nice game at New Orleans slowing down Drew Brees and turning him over. But they need to get more from Trevor Siemian.

The newest offensive captain may be Captain Clipboard if he doesn’t turn it around.

So, Broncos Country, we are ranked an average of 6th, behind the Chiefs and Raiders. Agree? I say that ranking will stew in the locker room. Our defense will eat that up.