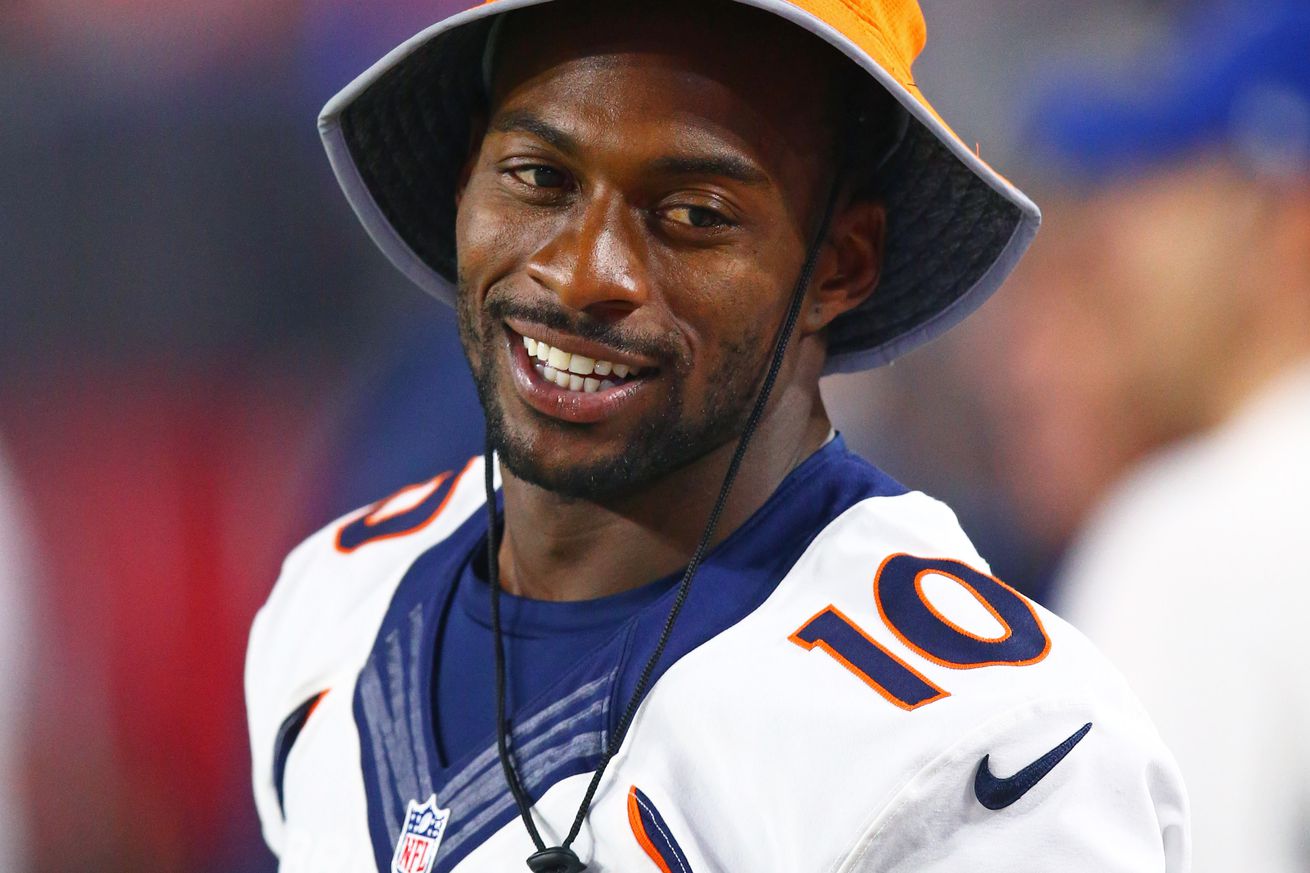 John Elway also proves yet again he’s pretty damn good at what he does.

There never was any doubt.

Not with how John Elway does business. Not with the type of player Emmanuel Sanders is. You don’t let players like that leave - a player who is not only popular in the community but in the locker room.

Sanders is what Elway wants the Denver Broncos to resemble. What he stands for. How he plays. His attitude. Just like Brandon Marshall, who also got re-signed this summer.

The fact Elway has been able to keep Denver’s core together as he has, in the era of free agency, is remarkable. He primes in on the players he knows are vital to ensure the Broncos are successful from now on. Elway does right by them but also doesn’t hamstring his team with terrible contracts.

In other words, Elway doesn’t reach. He doesn’t overspend on guys who aren’t in that core. He doesn’t take the company credit card out for a shopping spree without any care to what the bill looks like when he’s finished.

That means tough decisions are made and players are allowed to sign absurd contracts with lesser franchises. Let’s take a look at the players and coaches who were classified as “guys who can’t leave” over the last few years. Keep in mind, these are players fans and the media gave this distinction to. I’ve put this list out there a few times in the past. This is an important time to bring it back.

What’s the common theme? Every single one of them is replaceable.

Of those on that list, who have or will the Broncos miss? A grand total of zero.

They’re pieces that all had value, but not to the point Elway would set the Broncos back to keep them. Some call that cheap. Some call that hubris. Smart folks would call that great business. They would realize that’s a model that sustains success - no matter the industry you’re in.

In Sanders’ first two years in Denver, he’s been the epitome of what the Broncos are about. He’s done it the right way. He makes it easy to root for him.

But perhaps the biggest complement to pay Sanders is he’s a Pat Bowlen Bronco. Work hard. Failure is not an option. Represent the organization and community with class.

Oh by the way, Sanders also is damn good at what he does and is crucial to the success of the Broncos. Now he will remain in Denver until 2019.

A lot has been made on the amount of money Elway has given to two receivers. But what better way to have young quarterbacks succeed than by having two of the best receivers in the NFL? Denver also has a left tackle and young running backs. Those are key tools that make life a skosh easier for any quarterback.

Since July 2015, Broncos gave more than $100M in full guarantees to DT/Wolfe/Miller/Marshall. Antithesis of "cheap." https://t.co/lsEWtxirYA

The other benefit to this news is all the fuss we’ve heard since March is now flushed down the toilet. Again.

As I said back in March, by now, Broncos Country should know better.

Hopefully fans, and some in the media, won’t have to be talked off the ledge when free agency starts. We won’t get the doom and gloom, “Elway is cheap,” “what is going on at Broncos’ headquarters” nonsense anymore.

Perhaps some in the national media will start to realize Elway isn’t lucky.

As Elway is apt to do, there never was any doubt.