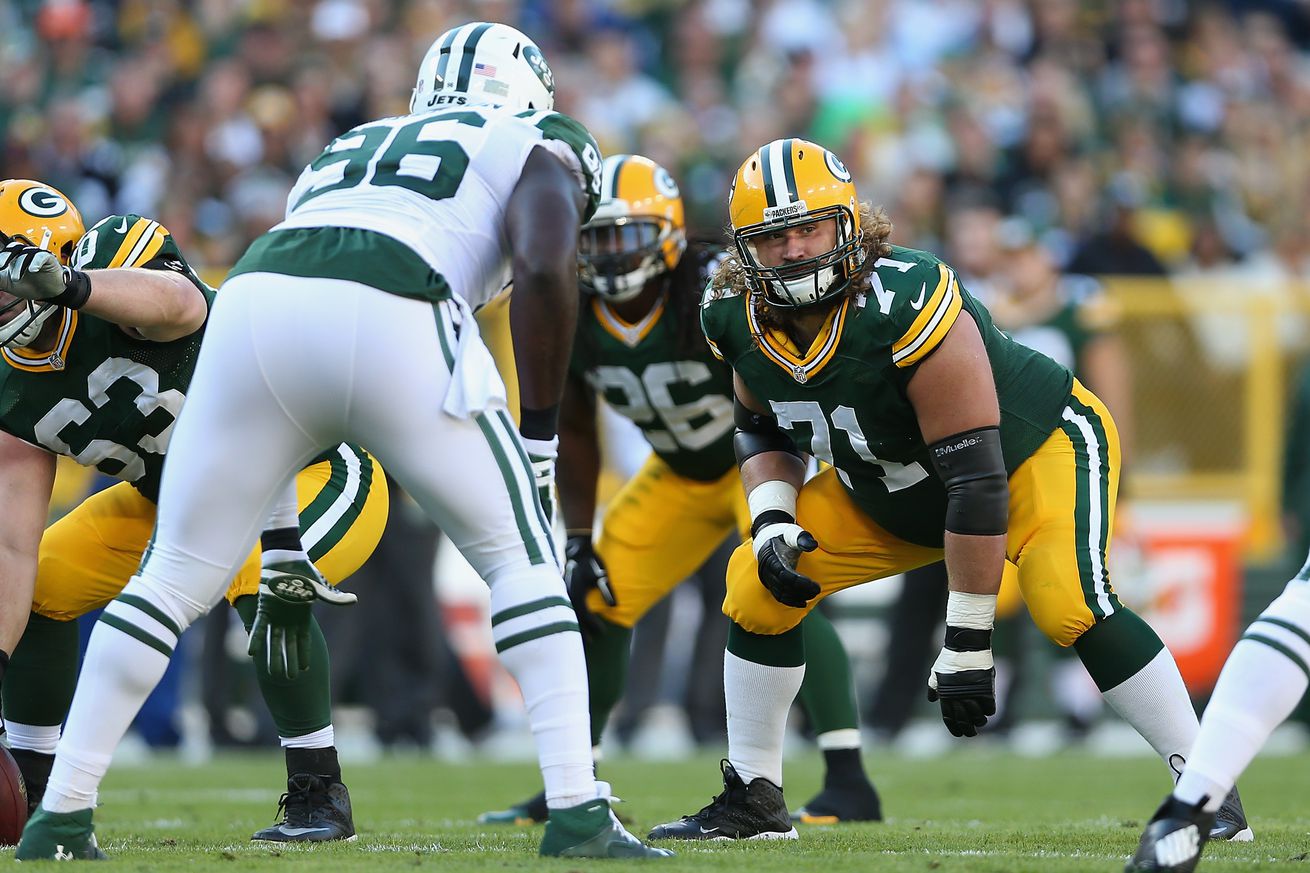 Sitton is a veteran presence who would solidify Denver’s line. In a big way. He also knows the zone-blocking system and is great in pass protection.

And just like that, one of the best guards in the NFL is ripe for the signing. The Denver Broncos need to be the team that does it.

When news broke on Saturday that the Green Bay Packers released Josh Sitton, John Elway should have immediately picked up the phone and asked his agent to get this deal done.

The talent speaks for itself. Sitton was Pro Football Focus’ fifth-rated guard last season and is the top-rated pass-blocking guard the last three seasons. In each of those three years, he’s been named a second-team All Pro.

For those who might fret about his age, he just turned 30 in June. So he fits in the mold of players Elway likes to target.

Sitton hasn’t missed a start since 2011.

Sitton is a veteran presence who would solidify Denver’s line. In a big way. He also knows the zone-blocking system and is great in pass protection. That hasn’t been a strength of the Broncos the last few seasons.

There was some talk that this surprising move was about more than money. But as Yahoo’s Charles Robinson pointed out on Twitter, it was entirely about money. As Robinson said, the Packers believed Sitton was upset he didn't get a new deal done and decided to move on. He was set to become a free agent in 2017.

Was told nothing crazy happened w/ #Packers & Josh Sitton. Packers believed he was upset he didn't get new deal done and decided to move on.

In terms of the salary cap, more space became available with the release of Mark Sanchez and Ronnie Hillman. As we speak, the Broncos have $8.7 million in cap space, according to overthecap.com. Sitton was released from a contract that was less than $7 million.

For those concerned about 2017 and the prospects of re-signing Emmanuel Sanders and bringing in Sitton, don’t be. According to Over the Cap, Denver has $43 million in cap space. Keep in mind, that’s before anything is done with Aqib Talib or DeMarcus Ware.

This has the feel, look and smell of an Elway move. Elway and the Broncos need to get this done.

The way Denver’s line got manhandled by the Los Angeles Rams in the first quarter of the third preseason game shows the Broncos need interior line help. Russell Okung will lock down the left tackle spot, and Matt Paradis will as well at center. Now get one of the guards taken care of.

Elway did a similar move last season when he signed Evan Mathis prior to the start of the season. Sitton is better and younger. He also was the Packers' projected starter, went through training camp and played in the preseason. Mathis wasn't on a roster when he signed in Denver. Sitton would take away a position of need and do so for the next five seasons.

It’s not everyday one of the best in the NFL is ripe for signing.

Takeaways from John Elway's roster-deadline press conference
Elway affirmed that Trevor Siemian is the clear starter, updated the status of contract negotiations with Emmanuel Sanders and discussed some other topics at his press conference Saturday.

Broncos make 23 moves to pare roster at the deadline
The Broncos set their first roster of the 2016 regular season at the 2 p.m. MDT deadline on Saturday.

John Elway would be 'disappointed' if Aqib Talib punished now
John Elway said the Denver Broncos have not been informed of any discipline for cornerback Aqib Talib.

Preseasons for rookie QB: Jared Goff struggled, Dak Prescott starred - NFL Nation- ESPN
Just one rookie QB will begin the season as a starter (only because of an injury), and the Nos. 1 and 2 draft picks will be third-stringers.

Chiefs deal receiver Rod Streater, release 13 others to trim roster by deadline | The Kansas City Star
The Chiefs solved their plethora of receivers by dealing away Rod Streater, while a handful of surprises — including running back Knile Davis and receiver De’Anthony Thomas — have made the team.

More explosive runs expected from San Diego Chargers RB Melvin Gordon
After averaging an uninspiring 3.5 yards per carry as a rookie, Melvin Gordon is expected to take a big step forward during his second NFL season.

Chargers finish cuts (for now), down to 53 | SanDiegoUnionTribune.com
The team could be very active Sunday on waivers.

Should the Chargers sign Seau? - Bolts From The Blue
The nephew of former San Diego Chargers legend Junior Seau has been cut by the Los Angeles Rams.

Eagles to start Carson Wentz when he's healthy - NFL.com
After trading Sam Bradford to the Vikings, the Eagles are planning to start first-round passer Carson Wentz as soon as he's healthy, per NFL Media's Mike Garafolo.

Even 'Madden NFL 17' thinks a first-round pick for Sam Bradford is crazy
Which shows you how desperate the Vikings were. Minnesota not only got fleeced by the Eagles, it sent the fleece back to Philadelphia.

2016 NFL final 53-man rosters for all 32 teams - cut-down day, roster cuts, tracker
NFL Nation reporters are keeping track of teams' cuts down to 53-man rosters, which have to be in by 4 p.m. ET Saturday. Here are the players cut so far.

Here’s how NFL practice squads work - SBNation.com
Your favorite NFL team will be adding players to its practice squad this weekend. Here’s what you need to know.

Duane Brown, J.J. Watt moved to Texans' active roster - NFL.com
Texans left tackle Duane Brown will avoid being put on the PUP list to start the season. The expectation is he'll be back early in the season, just not Week 1, according to Ian Rapoport.

Lena Dunham is sorry for projecting her own issues on NFL star at Met ball
"I see how unfair it is to ascribe misogynstic thoughts to someone I don't know at all."

2016 NFL draft picks who didn’t make the cut | ProFootballTalk
The vast majority of drafted players make their teams' 53-man rosters, and most of those who don't end up on injured reserve. Only a select few are disappointing enough in training camp and the preseason to get cut.

Josh Norman: Odell's fame due to 'one stupid little ball' - NFL.com
Odell Beckham and Josh Norman can't lay off the verbal jabs before the season starts, as Norman's latest comments accuse Beckham of being a one-catch sensation.

10 seniors who’ll be NFL starters in Week 1 of 2017 | NFL.com
The top college seniors around the country are looking to start strong on opening weekend as they embark on their final season of auditioning for scouts before entering the NFL.

Eight new realities we learned from the preseason - NFL.com
Tyler Lockett, Jeremy Hill and Devante Parker are just three players who made apparent new realities in their 2016 projections during the preseason. Matt Harmon gives you eight to consider.