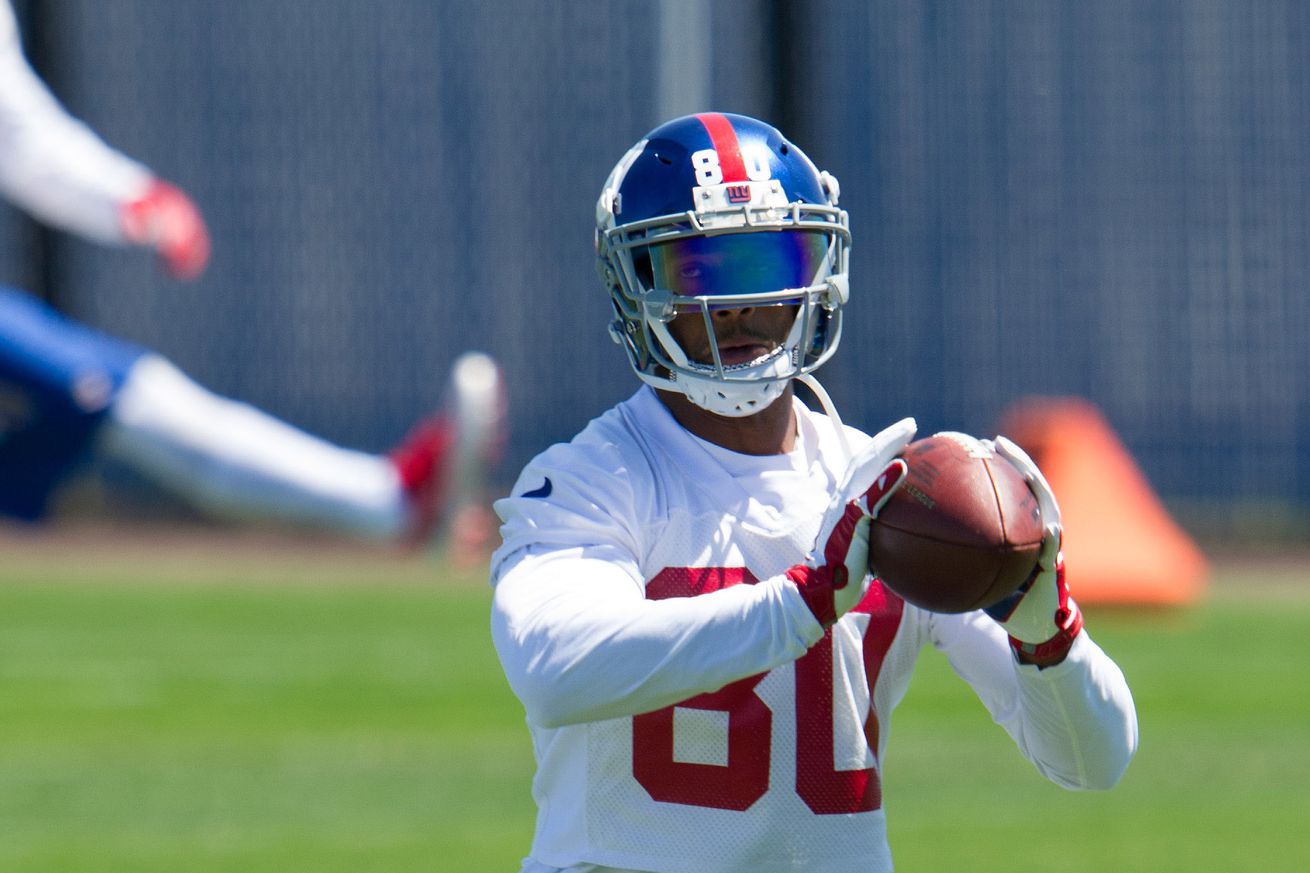 We will probably get something less than the Victor Cruz of old, and that’s OK

The chant that issued from a packed Giants Stadium — sorry, “Met Life Stadium” -- every time the New York Giants undrafted rookie phenom would make a big play echoes resoundingly through all our memories.

But now? What should we expect from Cruz as he prepares to make his return from a torn patellar tendon, calf surgery, and a bout of groin tightness?

I’m going out on an unpopular limb and say “Less.”

Now, I know people are going to be sitting there reading this and thinking “Wha!? Is Raptor going pessimistic on us?” But despite my scaling back my expectations for Cruz, I can promise you I’m not venturing into pessimism.

I’m tempering my expectations for Cruz for one reason: Psychology, both ours and his.

I’ll start with what I’ve noticed going on in our heads.

For a long time now, I think there has been a misunderstanding of Victor Cruz the player. He has been a big-play threat who has produced some absolutely magical moments. What he has never been is a “DeSean Jackson” style burner who can blow the top off a defense or a true “Number 1” wide receiver. Whenever Cruz has made a big play, it has been with his chemistry with Eli Manning, savvy route running, oily hips, and quick dancer’s feet. Victor Cruz, in his prime, rarely ever “ran away” from defenders. Instead his quickness let him force missed tackles and get separation out of his routes. Then his 4.5 speed was enough to hold off most pursuers and turn a modest gain into a larger one — or a big play.

Let’s take a look at a couple “Healthy Cruz” plays.

First is his very first NFL touchdown, the play that introduced CRRRUUUUZZ!!! to the NFL at large.

The route combination, with Cruz running a wheel route while Hakeem Nicks runs the slant, draws coverage off Cruz creating a massive void for him to work in. Then his quickness and toughness let him break a tackle, then another, and its off to the races. But towards the end of the play, linebacker No. 51 is actually gaining on Cruz until Nicks makes a great block.

Now let’s spin if forward a couple years to 2014, and Cruz’s touchdown against the Houston Texans.

Once again, route design and coverage give Cruz nothing but space to work with as the ball finds him, and his quick feet turn a would-be tackle into a missed opportunity for the defense. Then after his cut he heads to the pylon, just barely getting in as he is tackled.

Those two plays are what Cruz is, or at least was. A receiver who could make the defense pay dearly for mistakes, but only truly thrived when the rest of the offense could create space in which he could work. He would struggle when faced with press coverage or bracketed by a corner and safety when Nicks declined in 2013.

And that’s what we need to remember when asking whether or not Cruz is “back.” He was an electric playmaker, but never of the magnitude of Odell Beckham Jr. His game was more subtle and based around what he did at the top of his route than an ability to physically dominate a defensive back. Does he look a step slow today? Well, keep in mind that Cruz was always a step slow compared to other big-play receivers. He was just quick enough and smart enough that it didn’t matter. Also keep in mind that the Cruz of our fondest memories was five years younger than the Cruz of today. Even if he had never been injured, he would likely be a step slower in the open field.

The second thing slowing Cruz down is his own self. Have you ever been injured? I’ve had a few relatively minor boo-boos, and the hardest part of coming back from an injury isn’t dealing with the head games of healing, or pushing through frustrating or painful rehab. It’s overcoming the mental blocks and letting yourself just GO again. There’s a line in Lord of The Rings: The Two Towers ‘The burned hand teaches best.’

If you do something stupid, like touch a hot burner on a stove, you aren’t likely to do it a second time. The problem for professional athletes like Victor Cruz, is that what they did to get hurt is what they need to do to keep their jobs. Returning to action, Cruz needs to fight through the echoes of the pain from his injuries, he needs to learn to trust his body again. While he does that, re-learns how to play instinctively, he is going to play more slowly. It might not be intentional, but until he trusts his calf, knee, and groin to hold up, he might not play with the same explosiveness we all remember.

That isn’t to say that Cruz can’t overcome the mental aspect of his return, he absolutely can.

But it takes time. It also takes support from his family, his teammates, the Giants’ organization, training staff, and coaching staff.

We don’t know what we will see from Victor Cruz come Saturday night. Will we have flashbacks of Rex Ryan asking Tom Coughlin where they found “number three?” It certainly would be poetic justice for Cruz to look recognizably Cruz-like against the Jets.

But if he looks more like Wes Welker, a quicker than fast possession receiver, and less like the explosive superstar we all remember, it’s still an incredible accomplishment.