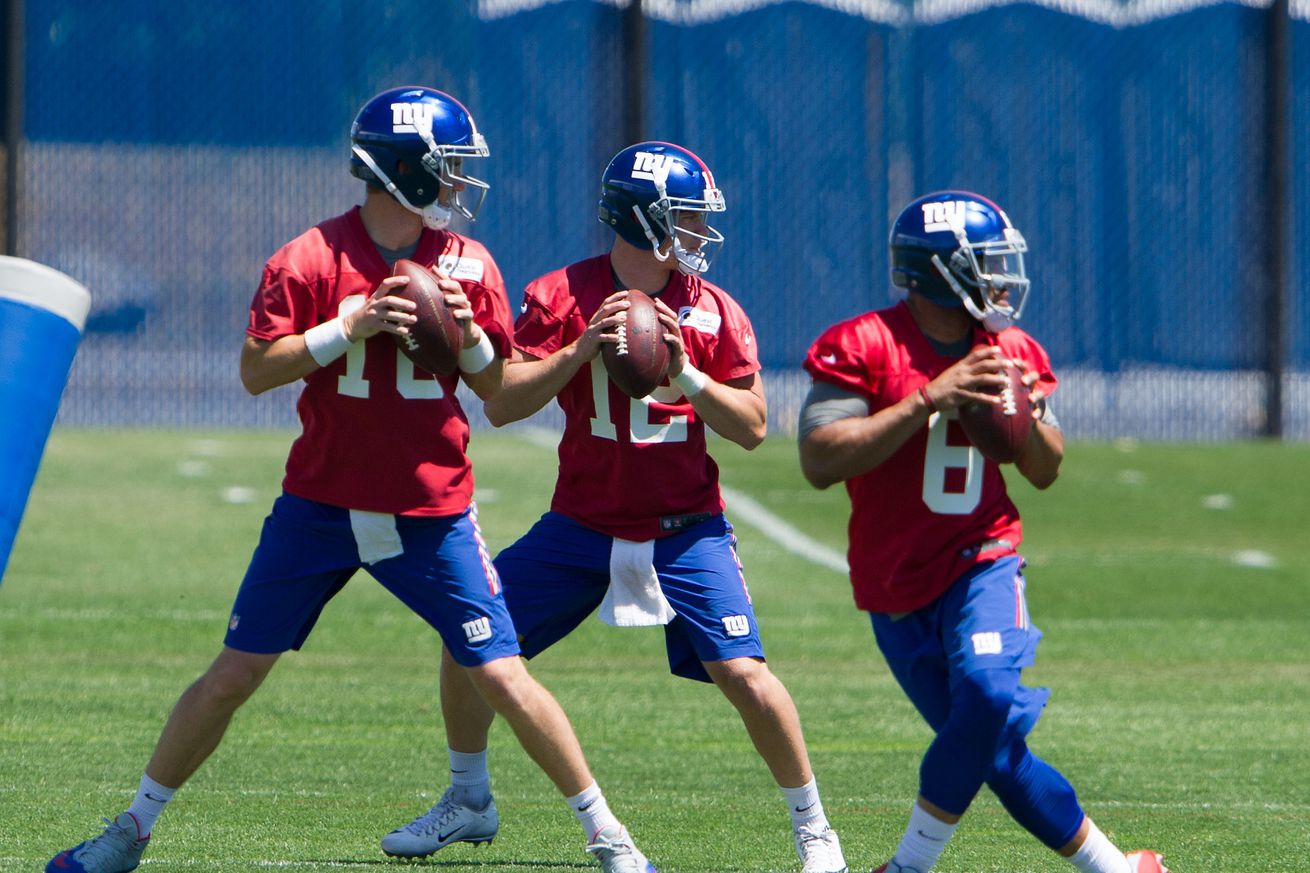 The New York Giants continue training camp on Tuesday with what is expected to be another marathon practice session. Beginning at 10:40 a.m. ET, the Giants are scheduled to be on the field for two hours, 15 minutes.

DSSSB TGT PGT Books And Study Materia…
Schema Markup, Types & Why is It Impo…
A Comparison of the Environmental Imp…
What Marathon Running and Successful …
Help For The Inner Journey

Will Eli Manning ever throw another interception? Manning was picked off by linebacker Devon Kennard on his first pass of training camp. “He got that out of the way quick,” said coach Ben McAdoo. He has not been intercepted since.

Hitting a wall? The Giants signed defensive tackle Damon Harrison, pairing him with Johnathan Hankins, to beef up the run defense. So far it appears to be working as reports are that the offense has been unable to run against the duo. “Those guys inside are pretty stout, and they're tough to move out of there,” McAdoo said.

Too much Olympic spirit? With officials in attendance, there have been too many penalty flags flying through the air for McAdoo’s liking. “We understand that from snap to whistle, there's going to be some combative penalties, but we feel that if we do a good job of coaching and teaching the fundamentals, we can coach those out of the game,” McAoo said. “Some crews throw a little bit more than others and we ask (the officials) to be strict on us out here (during practice) so it shows up on game day.”