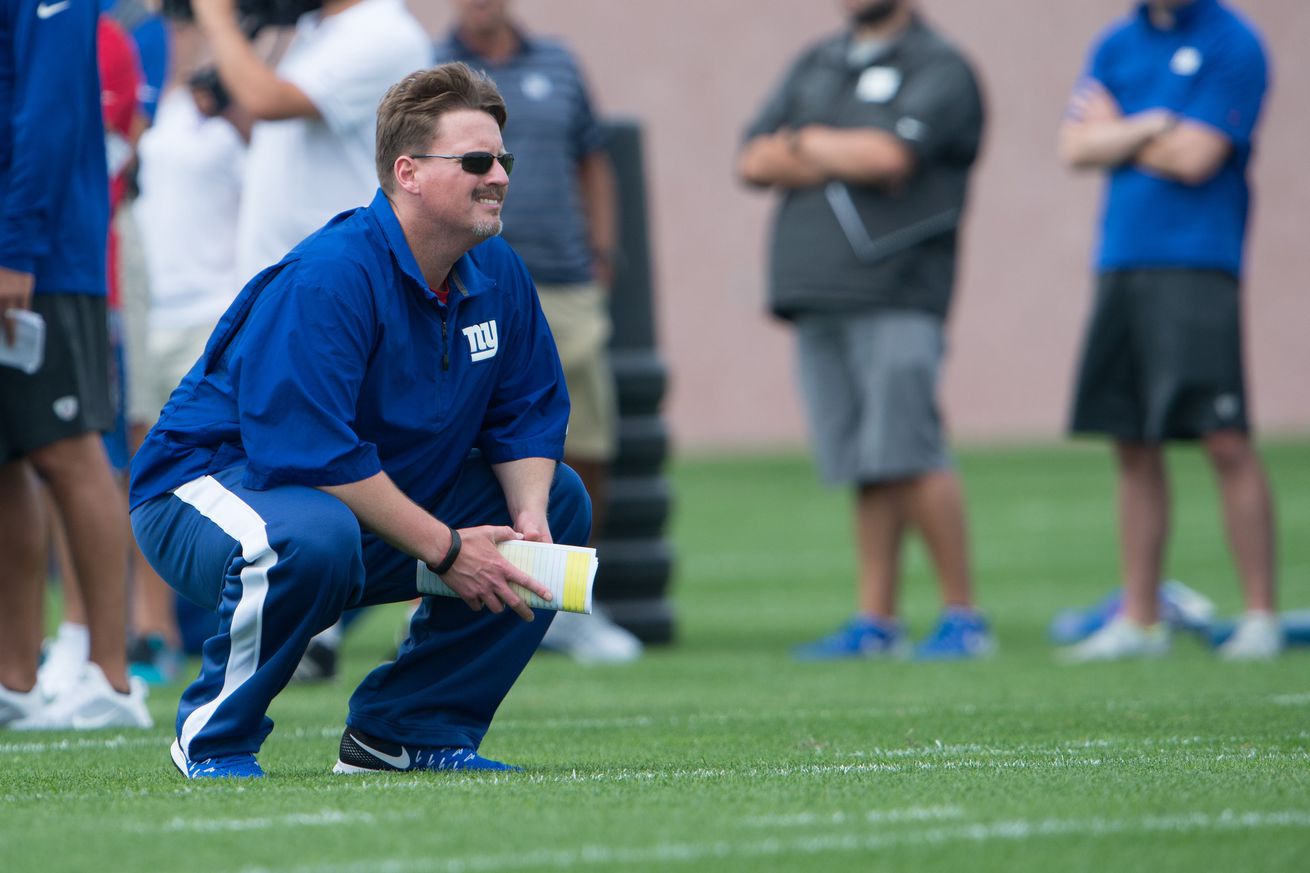 Coach looking forward to practicing mechanics of running a game

When he was first asked on Tuesday about Playing time for starters in Friday’s preseason opener against the Miami Dolphins, New York Giants head coach Ben Mcadoo deflected the question. The second time he was asked how he would divvy up playing time he indicated starters might play in the neighborhood of 15 plays.

“We’re gonna be consistent. We’re gonna treat every guy differently, We’re gonna take every player case by case,” McAdoo said. He then indicated that the Giants would “dial it back or push it forward (in future games) based on what we need to see or what we want to see.”

This will be McAdoo’s first game as head coach, thus his first opportunity to manage a game.

“We want to see guys compete for jobs. That’s what the preseasons all about,” McAdoo said. “In the first game we have to go out there and work through the mechanics of the game, the game management, the game operation.

“We have to put guys in position to be successful and see if they’re going to compete and win jobs.”