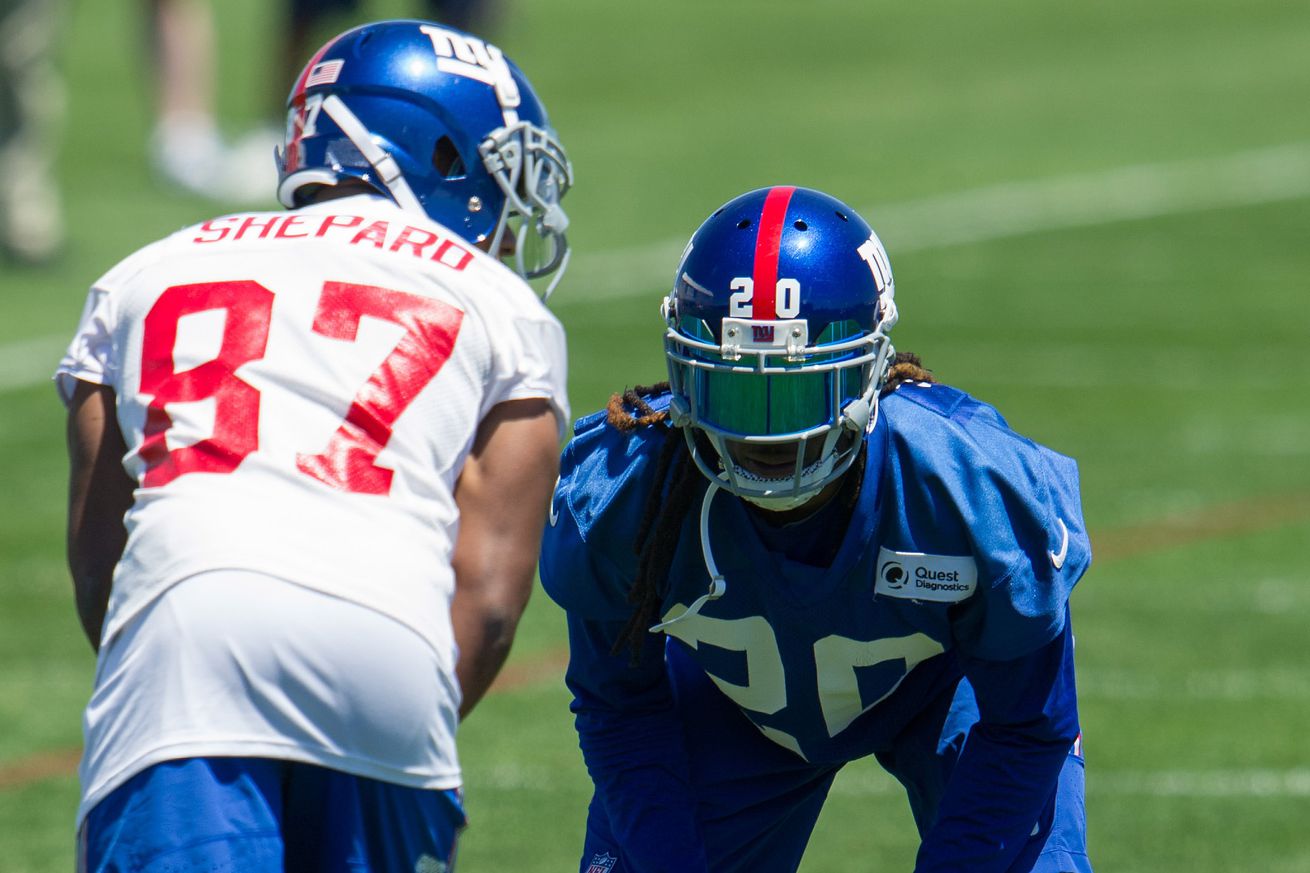 Sterling Shepard has been a training camp sensation. How is he getting ready for his first preseason game?

It's a long grind from the end of the college football season to the start of the NFL preseason. NFL-bound collegiate players still have to practice for their team's bowl game -- or bowl games, if their team makes the College Football Playoffs. But then they also have to prepare for the NFL draft process. From there they go almost directly in to the beginning of the NFL's offseason program and then training camp. By the time the first preseason game rolls around, it is almost a relief

But it is still an exciting time for rookies, teams, and fans. While fans get to see players about whom they've only speculated, it's a chance for rookies to show the fruits of their labor.

"Pretty excited." Shepard said when asked about how he was feeling about Friday night's game against the Miami Dolphins."We've been banging around with each other for a little while. It's gonna be fun to start hitting somebody else and play against other DBs.

"I expect it to be similar to practices. You know, physical, fast. We've got a good defense and they give us good looks, and I expect the same thing."

One of the featured battles between offense and defense has been between the Giants' first- and second-round picks. It's been a back-and-forth battle, which Shepard insists helps both rookies improve.

"Like I said before, his length, he's strong, he's got good feet." Shepard said, when asked what makes Apple such a difficult corner to play against. "It's hard in the red zone, especially, where you don't have much space dealing with a guy like that who's rangy."

The Giants' rebuilt defense has been a good test for their offense. Both the defensive line and secondary have garnered positive reviews for their efforts thus far, and they, in turn, have been helping young players on the other side of the ball improve.

"Definitely." Shepard said, when asked if he goes to the defense for input on his game. "If something didn't go my way, I'm always quick to ask DRC what tipped him off, or show him what angle I'm going to go at. So I try to learn from those guys, I'm always out there trying to learn, so I'm quick to ask those guys those questions."

Answers like that seem to point to a level of maturity that is beyond what is normally heard from rookies. It's also part of the reason why Giants fans, and likely coaches, are salivating at the thought of what Shepard can do on offense with Eli Manning and Odell Beckham Jr.

But Shepard still thinks he has work to do in developing his relationship with his quarterback.

"That's the way it's supposed to be." Shepard said when asked about the relationship between Eli and Odell. "There's things that go along with that, Odell's gained his trust and I'm still trying to pick those things up. That's what the quarterback-wide receiver relationship is supposed to be like."

"This offense is based on timing," he added. "I'm still trying to get the timing down, but they just click like that. They've been working with each other for a while. He [Eli] knows where Odell is going to be, and Odell knows where [Eli] is going to put it."

While reporters and observers predicted a heated camp battle between the wide receivers, we hadn't quite anticipated that it would be anywhere as heated, or entertaining, as it has been. But Shepard, for one, loves the competition and thinks it is bringing out the best in everybody.

"We all try to put pressure on each other, it's just going to intensify the play effort on the practice field." He said, "So, we're all trying to make plays, everybody is trying to make the team so of course you're going to have guys give it their all. Guys like you mentioned are doing a great job, especially guys like Roger [Lewis] and Darius [Powe]."

With every catch or highlight play, the excitement surrounding the entire receiving corps only seems to grow, especially around Shepard. It's almost strange to see so many people who overlooked him before the draft so excited about him before the season. But there are also some who are starting to wonder if maybe the hype is getting too big.

Neither group includes Shepard himself, who says he is ignoring the outside noise.

The biggest news to come out of the Giants' first padded practice was Victor Cruz being held out of some drills because of a tight groin. Shepard was asked if that increased the pressure he was feeling to perform.