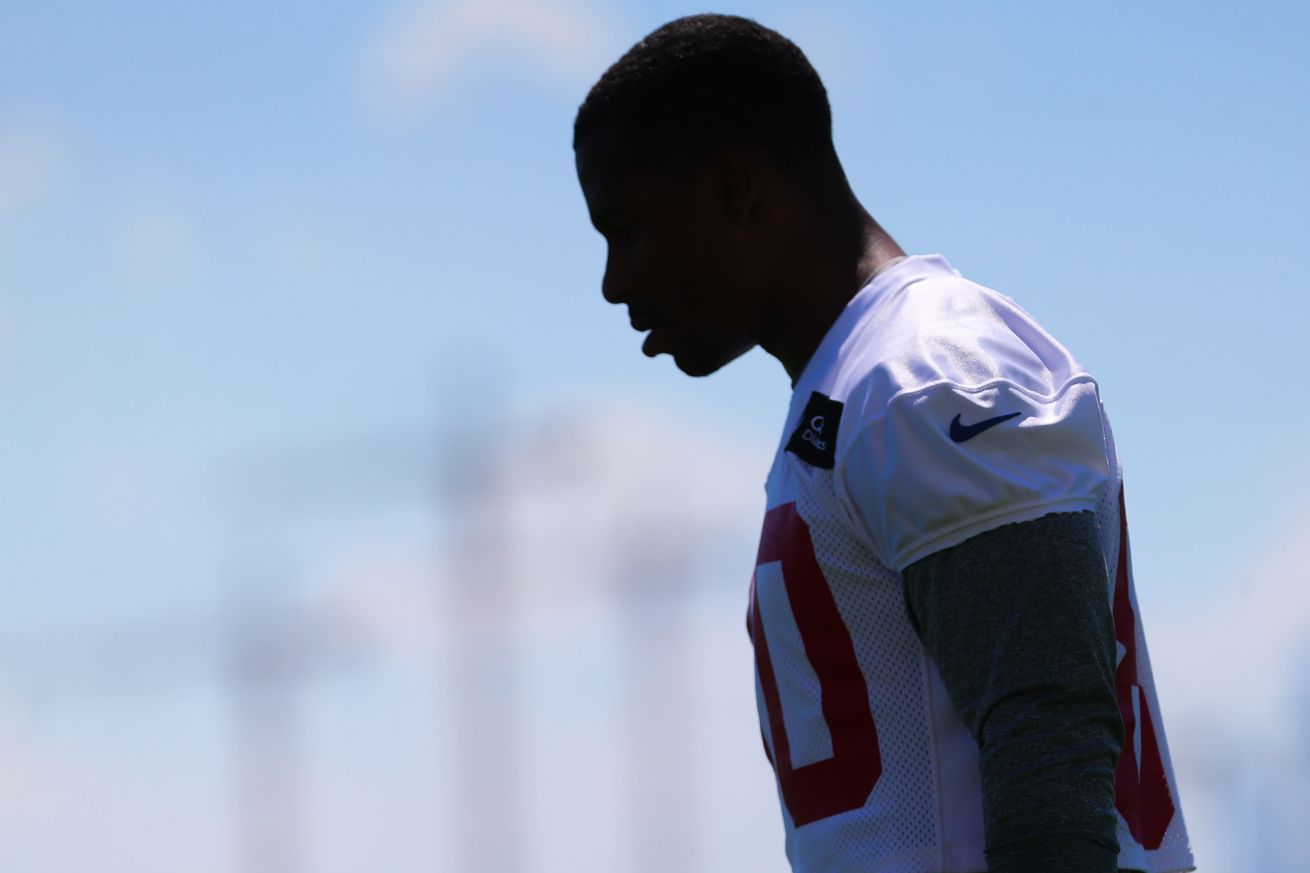 This has certainly been an offseason like none in recent memory for the New York Giants. There is new head coach and several new assistant coaches. The roster has been turned over quite a bit. What, though, if the Giants aren’t done?

Top 9 Benefits of a Sole Proprietorsh…
10 Australian Brands That Are Popular…
THE COME UP: An Oral History of the R…
The Giants Compilation, Vol. 7 Compil…
How to breed giant gourami

What if the Big Blue brain trust isn’t finished overhauling? Here are five stunning cuts the Giants could make before they open the 2016 season against the Dallas Cowboys.

Coming off a career-best season during which he was the Giants’ leading rusher, the expectation is that Jennings will get first crack at being the team’s featured back in 2016. In all probability, that is what will happen.

What, however, if it doesn’t?

The Giants are exceptionally deep at running back. They have six experienced players who have enjoyed some degree of success at the NFL level. They have a seventh player in undrafted free agent Marshaun Coprich who some believe could make it in the league.

Jennings, successful in 2015 or not, is still a 31-year-old running back. By NFL standards, that’s ancient. The guaranteed portion of Jennings’ four-year, $10 million contract ($2.98 million) has already been paid. There is a belief that Jennings, no matter, won’t be a Giant in 2017. What if the Giants decide to move that timetable up a year?

Some expect third-year man Andre Williams, after an awful 2015 season, to be the odd man out. The Giants have been steadfast in saying they believe in Williams. What if they decide that they need to, once and for all, find out if Williams can handle being the featured back?

Shane Vereen will handle most of the third-down and pass receiving duties. You can make an argument that Orleans Darkwa, seven years younger, is pretty much the same player as Jennings but hasn’t yet had the full opportunity. Fifth-round pick Paul Perkins could push for playing time at some point, and if Williams isn’t the featured back of the future Perkins just might be. There is also veteran speedster Bobby Rainey, who seems to be a favorite of offensive coordinator Mike Sullivan.

With all of those potential options at their disposal, a case can be made that now, rather than a year from now, might be the time to move on at running back.

This is the hardest one for me to write. Anyone with an ounce of human decency is rooting — hard — for Cruz to return in 2016 and be a productive player, if not the great one he used to be.

The harsh truth, though, is that it might not happen. Despite all of Cruz’s optimistic prognostications, and the fact that the Giants let him practice a teeny bit during mandatory minicamp, we have no idea whether or not Cruz can still be an NFL player.

Cruz hasn’t played since the middle of the 2014 season. At 29, he is at an age where tiny slivers of athleticism begin to be lost naturally. He has suffered two serious leg injuries that, in all likelihood, have sapped at least some of the quickness and cut-on-a-dime ability that enabled him to separate from defenders and make special things happen once he had the ball in his hands.

Cruz posted his latest comeback video a couple of days ago, showing him running a route and making a leaping catch. Here it is:

Ok it stays. This journey has taken me through so much. Just happy to flourish again. Still a long way to go. #StriveForGreatness #RWTW

Based on whether you wish to be optimistic or pessimistic about Cruz’s comeback, you will see what you want to see.

The Giants have been loyal to Cruz throughout his efforts to come back, first from the torn patellar tendon and now from that plus the serious calf injury. They have stayed with him, supported him and waited as long as they could.

What do the Giants do then? No one wants to think about the Giants giving Cruz a pink slip. The NFL, though, is a cruel place. The Giants have a number of talented wide receivers competing for jobs. If Cruz can’t help them, sentimentality and the $6.5 million cap hit the Giants would take in releasing him won’t earn him a job. The Giants will move on to someone who can.

Maybe this one wouldn’t be a complete stunner. After all, I have Donnell being cut in my most recent 53-man roster projection. Still, the guy caught 63 passes in 2014 and was the starter last season until a neck injury forced him to IR.

Theoretically, Donnell and Will Tye are competing for the starting job. There are, however, a lot of reasons to believe the 27-year-old Donnell is on the roster bubble.

Let’s start with the blunt assessment that Tye, if he isn’t already a better all-around player than Donnell, soon will be. Tye showed in the second half of 2015 that he is every bit the receiver Donnell is, and might be more reliable with the ball in his hands. He also has more upside than Donnell as a blocker.

The Giants are deep at tight end. They have veteran tight end/H-Back/fullback Will Johnson. They also have a plethora of promising young tight ends, including Matt LaCosse, sixth-round pick Jerell Adams and undrafted Ryan Malleck, whom Dave-Te’ Thomas of The NFL Draft Report considers an excellent blocker with the ability to play fullback and to be a capable pass catcher in the underneath areas.

There is also the matter of Donnell’s neck. We have seen many players in recent years have their careers end due to neck injuries. While Donnell has been cleared to play there is no guarantee he will be able to handle the pounding.

A couple of veteran linebackers are almost certainly going to get cut by the Giants this summer. It is easy to say one of those should, or will, be Mark Herzlich. It’s easy to look at the newbies the Giants added via free agency, Kelvin Sheppard and Keenan Robinson, and figure one or both of them isn’t going to make it. But ...

The Giants signed Thomas to a three-year, $10 million free agent contract a year ago hoping he would be a playmaking force on the edge. He wasn’t involved in a single turnover all season, missed four games and played far fewer snaps than his theoretical backup, Jonathan Casillas.

Thomas is really a journeyman linebacker. The Giant are the 2011 sixth-round pick’s third team. The Chicago Bears and Jacksonville Jaguars, neither defensive juggernauts, let him go. Thomas missed the entire spring with what coach Ben McAdoo would only say was a lower leg injury. If the ankle that cost him games last season is still a problem, if the Giants think Casillas is better and they believe other guys can fill in at the WILL if necessary what’s to stop them from cutting him and saving, per Over the Cap, $2.475 million against the cap? 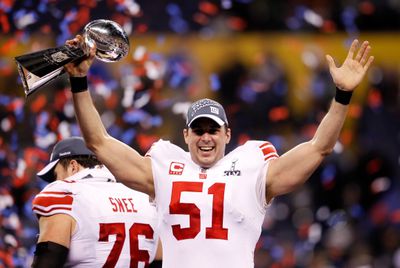 There is an assumption that, since DeOssie appears to be fully recovered from last year’s season-ending wrist surgery, the long-snapping job will automatically be his. But ... DeOssie is 32 and has a $1.1 million salary and Tyler Ott, who snapped in season finale in 2015 is still on the 90-man roster. If the Giants think DeOssie perhaps doesn’t get down field in punt coverage the way he once did, would they drop the veteran in favor of the kid from Harvard who is making the league minimum? Until the Giants drop Ott from the roster you have to think it’s possible.