What if football players had walk-up songs? Entrance songs for Giants players 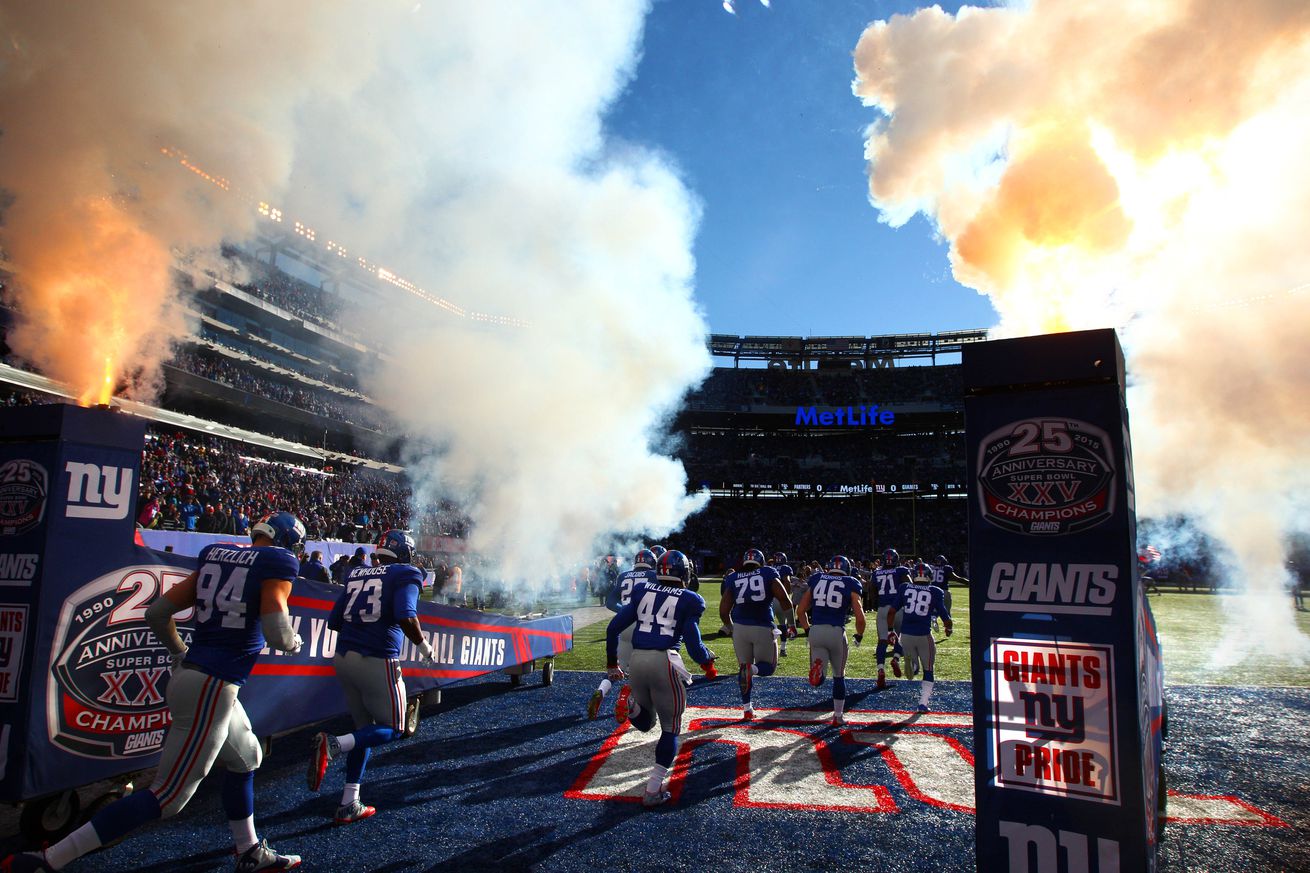 If Football Players could have walk-up songs, what would be some good ones for Giants players?

These, my fine blue-goggled friends, are the dog days of summer. It's hot, humid, and depressingly football-less outside.

In Your House: Beware of Dog
West Runton Camping & Caravanning Clu…
Homebuyers anticipate lockdown exit a…
How to Leverage Entrepreneurship and …

On one hand, we have less than 30 days until the start of training camp! On the other hand ... We still have almost a month until Training Camp opens!

We're going to have to do something to help while away the days until we have real, new, football things to talk about. So with that in mind, I thought we could have a little fun and come up with some theme songs for Giants Players.

When I thought of doing this, even before I ran the idea past Ed, this was my first fit. In my humble opinion it's perfect on all the levels. Eli, like Rush, is awkward and goofy, and both have been around for -- seemingly -- forever, just quietly going about their business. Also like Rush, people generally either love or hate Eli Manning, there seems to be very little in between, and the media at large only gives them respect grudgingly.

On a more micro level, Eli's play -- like Tom Sawyer -- is a bit forgettable and simplistic from afar. But take a second, closer, look and the technical mastery and nuance of both Eli's game (reading defenses, making adjustments, and surgical throws) and Tom Sawyer (with complex chord structures and rhythms, and seamless key and time signature changes) become apparent.

Like Eli and Tom Sawyer/Rush, this one works on multiple levels. First off, Beckham's play is simply thrilling, and while the "night of the dancing dead" video might be a bit silly, OBJ scares -- nay, frightens -- opposing defensive coordinators and secondaries. But also, Thriller changed the game, just like Beckham does whenever he steps on the field. It took over the music industry and shattered records in a way that nobody since The Beatles or Elvis really have. Just like how Beckham hit the field and tore through the record books like no receiver since Randy Moss.

The blend of smoothly applied talent, audacious ambition, and snazzy dance moves are perfect for OBJ.

Transitioning to the defensive side of the ball, I just had to go with something a bit darker, heavier, and more aggressive. After all, he makes his living hunting and hitting quarterbacks.

"Seek and Destroy." That's exactly what the Giants hope JPP does in 2016. Steve Spagnuolo spent all of last year's training camp trying to get his new defense to play with relentless aggression, and that's exactly what JPP brought with him when he returned to the field. The protective club hindered his ability to tackle, but JPP's effort and athleticism made an immediate impact. With his new glove, the Giants -- and JPP -- have to be hoping that he gets back into the business of running down quarterbacks and leaving them on the turf.

On a side note, this song wasn't my first choice, but it holds a special place in my heart. Back when I was just Raptor, I made this the Giants' unofficial theme song for their 2011 playoff run in homage to JPP's dominant play catalyzing the defense. For that, I had to bring it back.

So Big Blue View, did I hit the mark? And there are plenty songs and players left, which songs would you pick for what players? Lets have some fun!

What if football players had walk-up songs? Entrance songs for Giants players