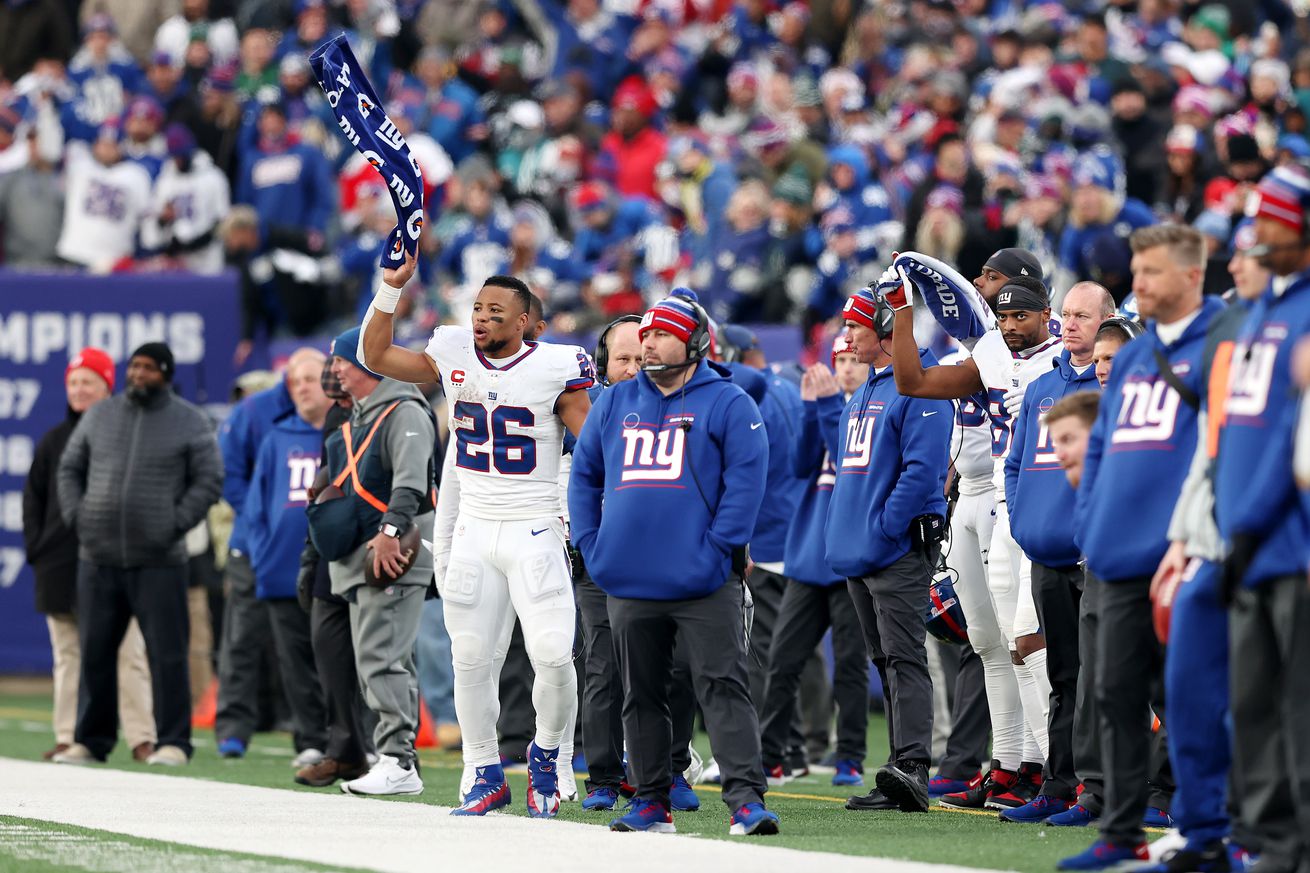 “This is a tough game to pick. New York’s defense looks way better as the team has won three of its last five. Down south, Miami recently butt-kicked Carolina on Sunday and has won its last four games (granted, two came against the lowly Jets and Texans). The Phins are red-hot right now and Tua is making plays, but this one sounds like it’ll be a defensive struggle. I’ll go with Miami but I won’t be surprised if my pick is wrong, based on how the Giants are trending.”

“The Giants have won three of their last five games and appear to be trending slightly upwards in the wake of Jason Garrett’s departure. Daniel Jones is reportedly not expected to play due to a neck injury he suffered in last week’s game against the Eagles, paving the way for backup Mike Glennon to get the start under center. But I am still going to pick the Giants here because the offense has not been the unit winning games for New York in recent weeks. The Giants average 18.4 points per game to the Dolphins’ 19.5. Both teams allow almost the same amount of points per game with the Giants at 23.0 and the Dolphins allowing 23.3. While Jones being out is not ideal, the defense has been winning games for New York and I think that if the Giants are going to beat the Dolphins in Miami this Sunday, it will once again be because of Patrick Graham’s defense.”

“This game could really go either way. The Dolphins are one of the — if not the — hottest teams in the NFL. Their rookies are stepping up big time and Tua Tagovailoa is executing their quick passing game well. However, hot teams have had a way of turning back into their worst selves against the Giants, and the Dolphins’ worst is b-a-d. The flip side, is that the Giants are still beat up and inconsistent in pretty much all areas of the game. I’d say that losing Daniel Jones would weight this game for the Dolphins, but when the Giants have won over the last 2 years, quarterback play hasn’t really figured into it. Unless DeVante Parker and/or Will Fuller V come back this week, I think this matchup comes down to whichever team plays the cleaner game, and lately that’s been the Dolphins.”

“Should I mention that I was the only Big Blue View staffer to pick the Giants to beat the Eagles? I see the Giants and Dolphins as similar teams. Both with young, first-time coaches with New England pedigrees. Both showing signs of being on the rise. I don’t know if NYG QB Daniel Jones will play. I know that I think Miami, which has won four straight, is due for a stinker.”