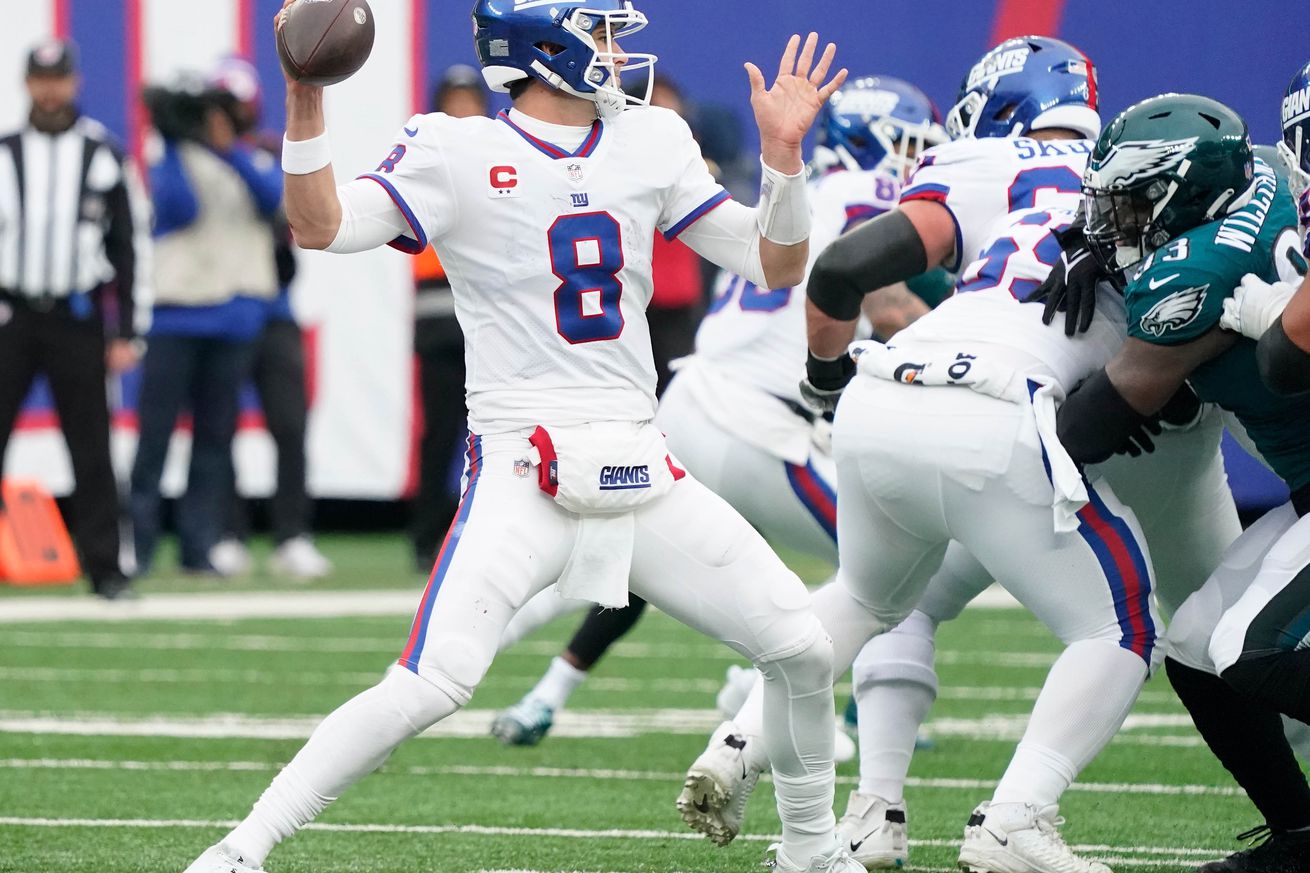 Quarterback Daniel Jones was officially listed as a limited participant in Wednesday’s walk-through practice for the New York Giants. National media reports had said on Tuesday that Jones, dealing with a neck strain, was unlikely to play Sunday against the Miami Dolphins.

How To Get Health Insurance Without A…
Shen Men Piercing: Does it work for A…
Online Massage Therapy Courses, are y…
Why a CryptoPunks Owner Turned Down $…
Review: Seth Lee Jones ‘Flathead’

Jones told media on Wednesday that he was “preparing to play.” Head coach Joe Judge would not rule him out.

Whether or not all of that is a smokescreen and Mike Glennon will be at quarterback Sunday for the Giants, we will simply have to wait and see.

The Giants, who placed starting slot cornerback Darnay Holmes on injured reserve this week, had a lengthy list of players who did not participate in Wednesday’s practice.

Perhaps most notably, rookie wide receiver Kadarius Toney did not practice and is listed as having an oblique injury in addition to the quad injury that kept him out of Sundsy’s game against the Philadelphia Eagles.

This post first appeared on Big Blue View, A New York Giants Community, please read the originial post: here
People also like
How To Get Health Insurance Without A Job
Shen Men Piercing: Does it work for Anxiety and Depression?
Online Massage Therapy Courses, are you ready to start today?
Why a CryptoPunks Owner Turned Down $9.5M in Ethereum for His NFT
Review: Seth Lee Jones ‘Flathead’
Karen Wiesner: The Stories Behind Classic Fairy Tales (Woodcutter's Grim Series), Part 2
Day 4 – How to Rehab a Painful Shoulder