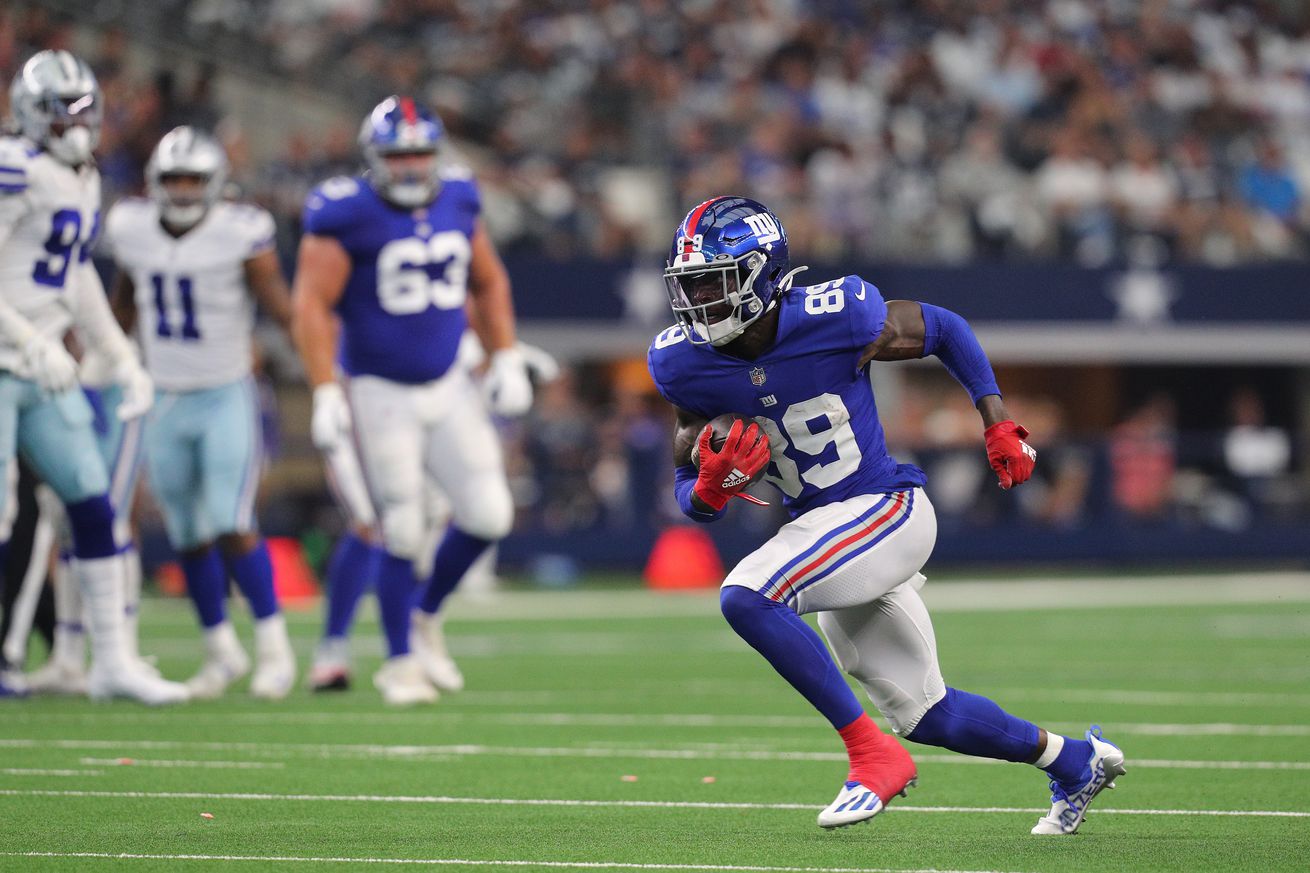 Wide receiver Kadarius Toney, questionable with an ankle injury, will be active for the New York Giants on Sunday when they face the Los Angeles Rams at MetLife Stadium (1 p.m. ET/FOX). Wide receiver Darius Slayton (hamstring) will miss a third straight game.

Per ESPN, Toney is not expected to face any in-game discipline for last week’s ejection.

Quarterback Daniel Jones, who cleared the league’s concussion protocol on Friday, will be active.

Left tackle Andrew Thomas, who was active but did not play last week vs. the Dallas Cowboys due to a foot injury, will be active. Thomas was listed this week as questionable. If he doesn’t start, Matt Peart will be at Left Tackle and Nate Solder will be back on the right side.

Sterling Shepard and Jabrill Peppers will also return to action for the Giants on Sunday. Shepard has missed the last two games and Peppers one, both with hamstring injuries.