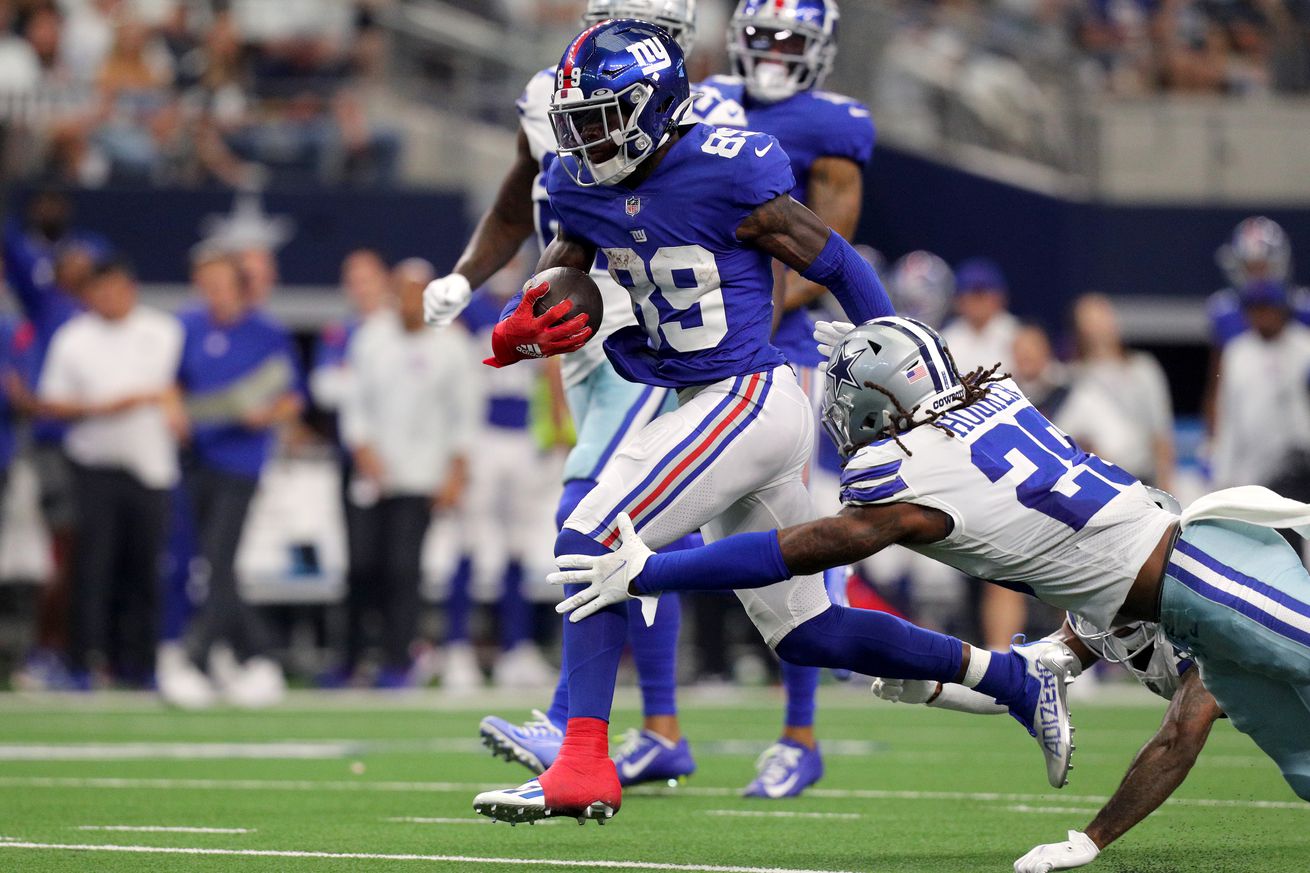 New York Giants wide receiver Kadarius Toney and offensive tackle Nate Solder were both taken off the field with injuries during the Giants’ first drive of Sunday’s game against the Los Angeles Rams. Offensive tackle Andrew Thomas went down early in the second quarter.

Toney was taken to the locker room and ruled out with an ankle Injury. He was in obvious pain after being tackled along the sideline by Kenny Young and Jordan Fuller following his third catch of the day.

Toney injured his ankle during last Sunday’s 44-20 loss to the Dallas Cowboys and was listed as questionable throughout most of the week. He caught 10 passes for 189 yards in that game. He was cleared to play this week, but appeared limited in pregame warmups.

Toney caught three passes for 36 yards on the Giants’ opening drive, which resulted in a 27-yard Graham Gano field goal to give the Giants a 3-0 lead.

Sterling Shepard is now the only active wide receiver who was part of the Giants’ Week 1 starting lineup.

Thomas, who was listed as questionable heading into the game with a foot injury, left the field after falling to his knees and was replaced by Matt Peart. He left the injury tent during the next commercial break and was seen running around on the sidelines.

Thomas, already dealing with a foot injury, was ruled out with an ankle issue.

Peart was beaten by Ogbonnia Okoronkwo on his first snap, who strip sacked Daniel Jones to set up a Rams touchdown.

Wide receiver C.J. Board hurt his left arm following a 37-yard kickoff return at the end of the first half.

Board was carted off the field and an air cast was placed on his arm. Board was ruled out with a forearm injury, and head coach Joe Judge confirmed after the game that his arm was broken.

Board entered the game with 161 kickoff return yards and four catches for 51 yards on the season.