Rams 38, Giants 11: 4 things we learned as the Giants embarrass themselves at home 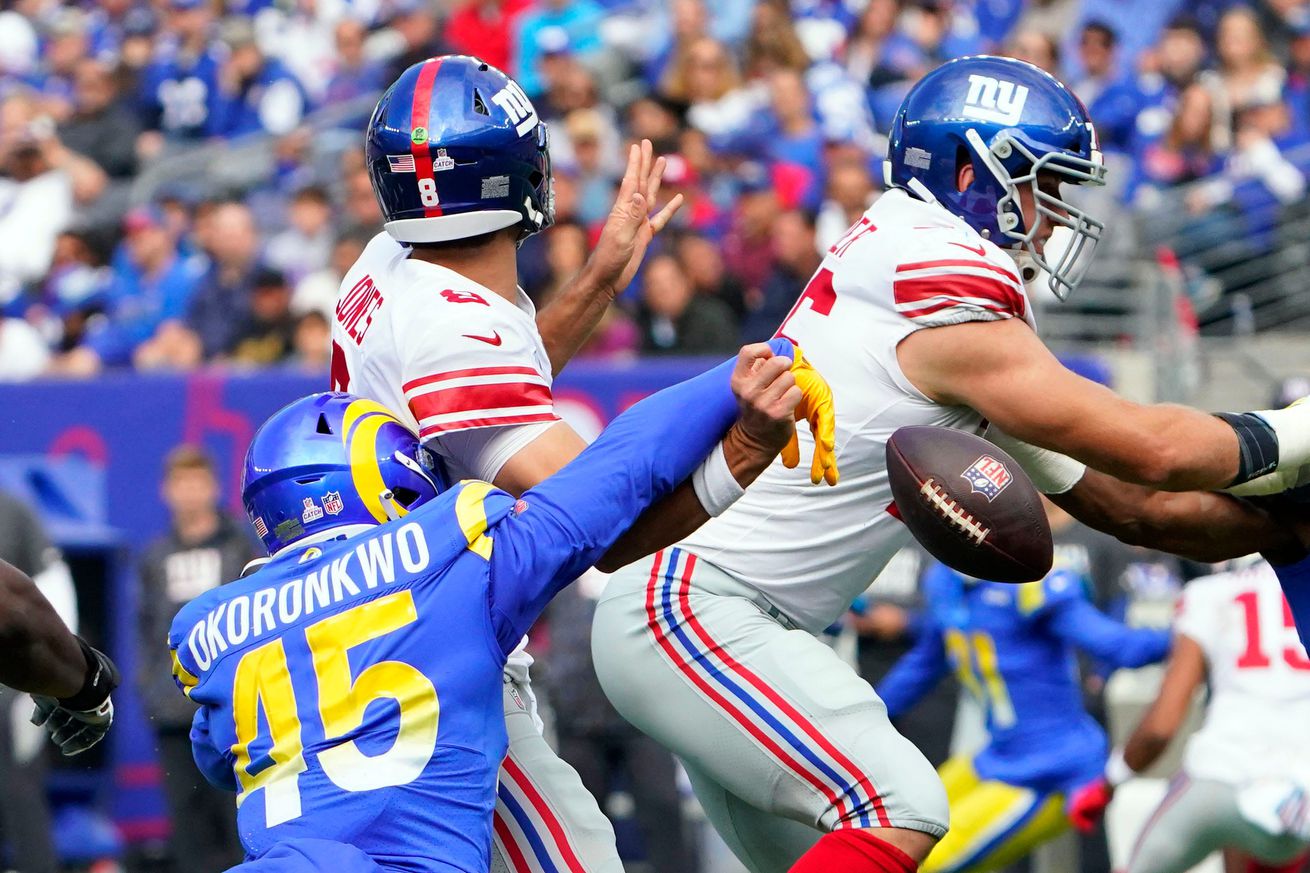 Not much to take away from this week

The New York Giants fell to the Los Angeles Rams, 38-11, in their second rout in two weeks.

Just about everything that could go wrong in this game did, as the Giants turned a competitive game into a farce.

15 Back To School Lunch Hacks You Nee…
New Everton Boss Rafael Benitez Ready…
The Potential of Smart Contracts in H…
Florence in One Day: How to Plan the …
Review: ‘Timeless’ Electric Universe

I’m happy for Xavier McKinney, who had his head on a swivel and came away with a tip-drill interception at the end of the first half and picked off the Rams’ backup quarterback in the fourth quarter. But there really aren’t any positives to take away from this game, I don’t particularly care about garbage time completions or touchdowns, so let’s see what we can learn from this embarrassment of a game.

The Giants need to fumigate

This is honestly starting to feel like 2013 or 2017 all over again as whole position groups get wiped out by injury. We saw the spate of injuries against the Dallas Cowboys as the Giants lost Saquon Barkley, Kenny Golladay, Daniel Jones, and Rodarius Williams.

That had to be the worst day of the year for the Giants and injuries, right?

Well, it turns out they brought the injury bug back with them from Dallas, and the damn things are harder to get rid of than bed bugs.

The Giants lost Andrew Thomas, Kadarius Toney, and C.J. Board over the course of the game. Granted, the first two aren’t a huge surprise as we weren’t sure if Thomas and Toney would even play. But still, losing two of the Giants’ best young players and one of their best special teams players took the wind out of the Giants’ sails by the end of the first half.

While we can’t pin the entirety of the Giants’ performance on injuries, they certainly did play a role.

This game wasn’t as close as the score

This looked like it was going to be a competitive game in the first quarter. I thought the Giants might come out fired up after getting their lunch money taken by a division rival last week, and at first it looked like they did.

But once things started to go against the Giants, as mistakes and turnovers piled up, the fight just went out of the team. The second half started out poorly as the Giants’ defense posed just enough resistance to keep the Rams from completely ramming (pun intended) the ball down the Giants’ throat on their 9-minute drive to open the third quarter.

But then the defense seemingly gave up completely after Daniel Jones’ third interception and it was all too easy for Matt Stafford to find Cooper Kupp for a touchdown to start the fourth quarter. From there, the Rams treated the game just like a preseason dress rehearsal, pulling their best players and just allowing the Giants to waste time to get the game over more quickly.

As lopsided as the 38-11 final score looks on the board, this game could have been far, far worse if the Rams kept their foot on the gas for all 60 minutes.

A little background information on me: I majored in History at SUNY Albany and while my concentration was American history, I took classes on history from a bunch of different regions and time periods. One of those was a two-semester course on the history of Russia, and at the time we joked that Russian history could largely be summed up with three words: It. Got. Worse.

And as I sit here, that’s about the only way I can describe the last two weeks for the Giants.

Between the injuries and the play of the remaining players against the Dallas Cowboys, it felt as though that had to be rock bottom for the Giants in 2021. But the wheels came off completely against the Rams. It looked as though the Giants were going to play the Rams tough through the first quarter. The defense was playing with passion and the offense took advantage of opportunities to move the ball on the Rams’ defense.

But then the game went completely sideways, and the Giants found a way to jackhammer through rock bottom and hit new lows. Four turnovers with the ball being in danger on six occasions, and all passion fled the stadium. The Rams wound up pulling Matt Stafford and Andrew Whitworth by the fourth quarter as though this was a preseason game.

As bad as it looked for the Giants to get routed by the Cowboys, things just got worse in Week 6. The big question now might be whether tensions will rise in the locker room as the Giants fall to 1-5 on the back of consecutive drubbings.

Weird decisions on the offensive line

Before the game I said that one of the keys to the game was getting Andrew Thomas back on the field. They needed at least one offensive lineman they could count on against and athletic and aggressive Rams front.

While it is true that that Peart has been training as the swing tackle, and therefore it’s his job to be depth for both left and right positions, the decision to leave Nate Solder at right tackle just feels weird to me. Peart played right tackle throughout his career at UConn and was expected to be the Giants’ starting right tackle before a horrendous week of practice against the New England Patriots. Meanwhile, Nate Solder has only ever played left tackle before this season. While I absolutely understand having Peart play left tackle immediately after Thomas’ injury, I’m not sure why the Giants didn’t move Solder and Peart to their natural positions on the following series.

Just another in a string of questionable decisions by the Giants’ coaching staff.

Rams 38, Giants 11: 4 things we learned as the Giants embarrass themselves at home