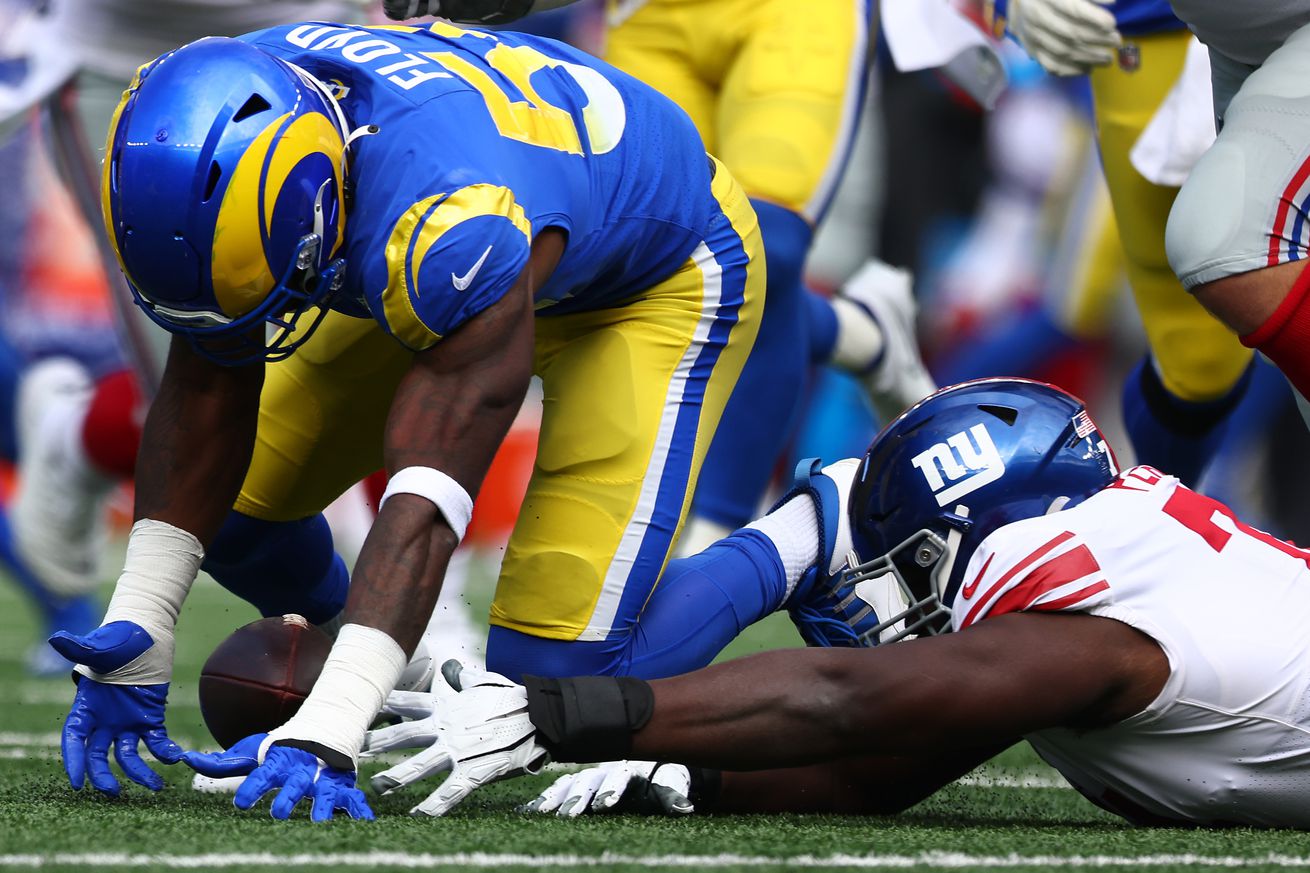 EAST RUTHERFORD, N.J. — The New York Giants fell to 1-5 on Sunday with a lopsided 38-11 loss to the Los Angeles Rams at MetLife Stadium. The Giants have now started 1-5 four of the past five seasons. The Rams are 5-1.

The Giants have now been outscored in their last two games by a score 82-31.

The Giants scored on their first possession. That is about all that went right as they played themselves out of Sunday’s game by turning a 3-0 first-quarter lead into a 28-3 halftime deficit.

After halftime, Judge challenged his players. The second half score was Rams 10, Giants 8.

“I challenged the players at halftime. I wanted to see who was going to finish the game,” Judge said. “I wanted to see what kind of fight some of these guys had ... there were some guys that fought.”

At 1-5 the season is basically over for the Giants. Especially considering the Giants’ lengthy injury list it is hard to see this turning around.

“There’s a lot of ball left to play,” Judge said. “Our goal is to get better every week as a team as the season progresses. That goal doesn’t change.”

The Giants‘ awful run of injuries continued. Kadarius Toney left after one possession with an ankle injury. Andrew Thomas added an ankle injury to his previous foot issues. C.J. Board was carted off with a forearm injury, suffering a broken arm.

The Giants were without star running back Saquon Barkley (ankle) and wide receiver Kenny Golladay (knee) and Darius Slayton (hamstring). Linebacker Blake Martinez, offensive linemen Shane Lemieux and Nick Gates, and cornerback Rodarius Williams, have all been lost for the season with injuries.

With all of the injuries, Judge was asked why he left Jones in the game until the end.

Judge would not use injuries as an excuse.

“I’ve got faith in the guys on our roster,” he said. “Whoever’s at the game we’ve gotta produce.” 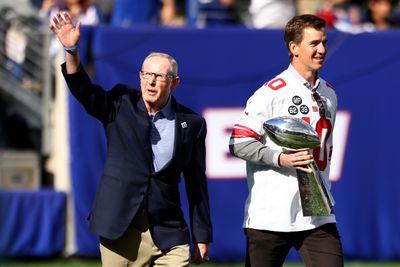 The Giants celebrated the 10th anniversary of their last Super Bowl championship, the fourth in franchise history, with a halftime ceremony. Coach Tom Coughlin spoke to a crowd deflated by watching the current Giants fall apart in the second quarter.

The Giants face the Carolina Panthers next Sunday at 1 p.m. at MetLife Stadium. The Panthers will be without star running Christian McCaffrey, on IR with a hamstring injury. Panthers quarterback Sam Darnold, traded to the Panthers from the New York Jets, will be returning to MetLife. Carolina is coached by Matt Rhule, who many thought would become Giants’ head coach after Pat Shurmur was fired. Rhule, of course, took the Panthers’ job before meeting with the Giants.