Leonard Williams on boos from Giants fans: “They do bother me.” 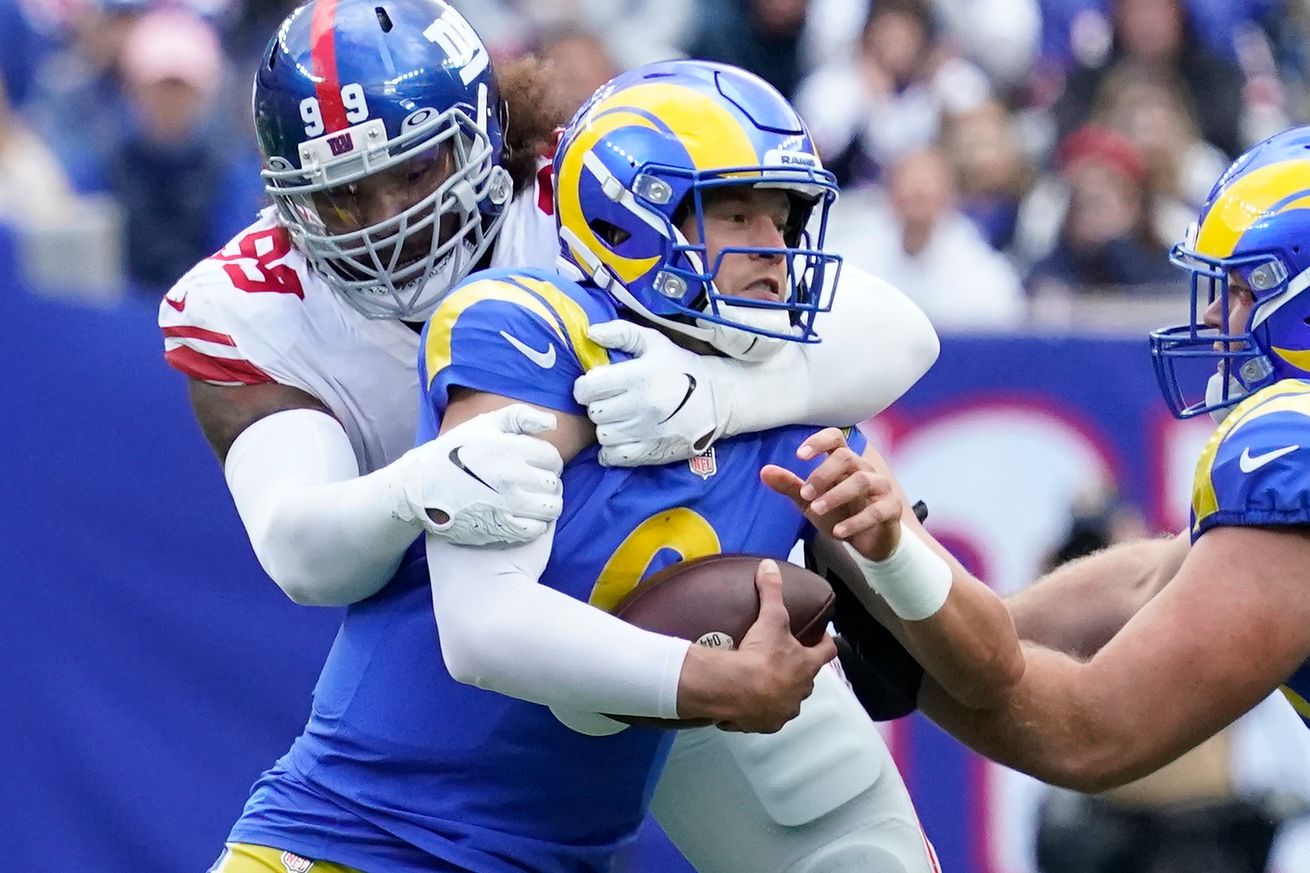 New York Giants defensive end Leonard Williams is no stranger to being booed.

In his seven-year NFL career in which he has played for the New York Jets and now the Giants, Williams’ teams have posted a 34-67 record.

“As a competitor, it’s really upsetting ... I’m not pointing fingers or blaming anyone,” Williams said. “I look at myself first in the mirror and ask ‘How much more can I do?’ Obviously we have to lean on each other. I do love this team though.”

Love this team or not, the Giants’ record dropped to 1-5 Sunday after a 38-11 loss to the Los Angeles Rams. They are now firmly in last place in the NFC East and Giants fans made their feelings clear by raining down the boo’s.

Though likely a familiar sound to Williams, he started shooing the boo’s away as they happened, seemingly dismissing them altogether.

“I don’t want to be hearing boos from our own fans.” — Leonard Williams

“I mean they do bother me, honestly,” Williams said after the game. “Obviously we are in our own home stadium. I don’t want to be hearing boos from our own fans. I understand that they have a right to be upset as well because they are coming to see us play good football and we haven’t been doing that. But at the same time, I don’t know, I don’t like that.

“I don’t think anyone deserves to be put down, no matter who you are. I’m not going to go up someone and tell him that he’s not a good person or ‘Boo, he’s not doing his job’ or something like that, you know?”

After being further pressed in his media availability, Williams gave one final thought.

“It doesn’t matter what I think. I go out there and play football. I don’t sit in the stands, so I can’t see it from their perspective.”

The Giants defense entered Sunday’s game ranked sixth-worst in the league in yards allowed per game with 401.3 and tied for 31st in points allowed with 177.

“We obviously gave up too many points,” Williams said. “We allowed them in the end zone too many times. No matter how we started off, we didn’t finish the way we wanted to.”

Despite another poor performance, Williams expressed his unwavering belief in the defense.

“I think the guys on this team have a lot of fight in them,” Williams said. “I think it goes to show that we played until the last second. Obviously it wasn’t enough and we need to pick it up but I don’t think anyone in this locker room is going to give up on each other.”

The Giants defense under Patrick Graham was lauded last season for its ability to keep opposing offense’s off the field. This season however, has been a different story.

“We have the same group of guys as we did last year, and we were one game off from going to the playoffs last year,” Williams said. “We’re not trying to compare to last year or anything like that, but I think it just goes to show that guys are willing to keep fighting.”

Leonard Williams on boos from Giants fans: “They do bother me.”