Meet the rookie: Did the Giants strike gold again with Jerell Adams? 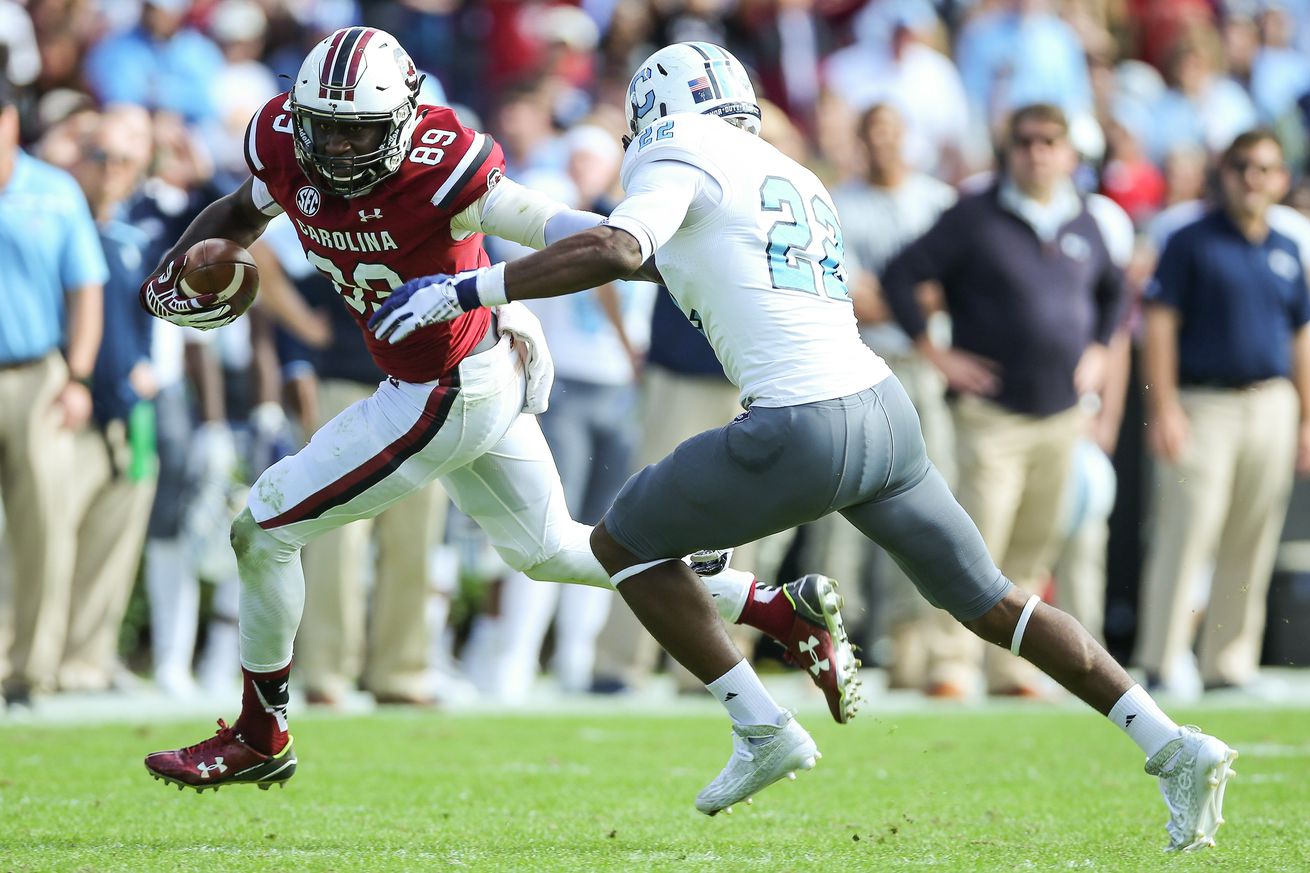 Tight end Jerell Adams has been called a steal for the New York Giants. But did he fall for a reason, or is his best football still ahead of him?

The New York Giants have largely relied on uncovered gems for their tight ends. Bear Pascoe, Jake Ballard, Larry Donnell, and Will Tye were all undrafted free agents. Kevin Boss was a fifth round draft choice.

Is CBD Oil Good for Anxiety?
Seven journaling topics anyone can us…
A Comparison of the Environmental Imp…
Anthony’s is as Italian as They Come
Ripple’s Comment on the Present Scen…

And while they also signed free agent Martellus Bennett from the Dallas Cowboys and Daniel Fells from the New England Patriots, neither were considered a "big" signing or investment. The Giants aim to find a diamond in the rough once again with 2016 sixth round draft choice Jerrel Adams.

Adams was considered one of the top tight ends in the draft class, projected to go as high as the third round. For some reason he fell to the penultimate round of the draft, and the Giants swooped in to take him.

Tight ends have a more active role in Ben McAdoo's offense than in the Giants' previous offense. They move around the offensive formation to create and exploit match-ups, and are often involved in the passing game. As such, any Giants tight end needs at least some upside as a receiver.

Here the Gamecocks are lined up in the shotgun, with Adams lined up as the in-line tight end.  Rather than staying home in pass protection or even chipping the down lineman, he releases out into a corner route down the seam of the defense.

Florida is playing a zone defense, with the corner coming down to protect against the quick pass to the running back, while the linebacker moves out to cover the field vacated by the corner. That leaves Adams matched up on the safety, who has the deep half of the field.

Adams is pretty clearly the first -- and possibly only -- read on this play and the ball comes out right after the quarterback's hitch. The tight end does a great job of getting into the void behind the corner and linebacker, while using his size to box out the safety, then climbing the ladder and snagging the ball out of the air at its highest point. He takes a good shot at the end of the play, but he hangs onto the ball and gets a foot down well in-bounds before being knocked out.

As you can see, Adams wore number 89 in college, and he chose to wear it again as a Giant. But more than keeping his college number, Tight End 89 carries a whole different cache when it comes to the New York Football Giants. If a tight end wears 89, he is expected to be Tough (with an intentional capital 'T' for emphasis), after cheering for Mark Bovaro and Kevin Boss, Giants' fans expect nothing less from tight ends who put on that jersey.

Fortunately, effort and toughness are attributes that Adams seems to possess.

In this play Adams starts lined up in a two-point stance close to the right tackle, and again immediately releases into his route. (It just so happened that this is where he lined up in the two receptions I wanted to highlight. He has lined up on both sides of the offensive formation, and as a slot receiver.) There isn't much subtlety to Adams' route, but he gets a clean release then finds the open spot in the Wildcats' zone coverage.

He does a good job of turning his hips and shoulders back around to give his quarterback a good target, then plucking the ball out of the air. The QB manages to hit him in stride, letting him bounce off one tackler before running through another tackle on his way to the endzone. A player, particularly a receiving option, who is willing to absorb hits and refusing to go down before he scores is refreshing to see.

Part of the Giants' struggles in the running game in recent years has been due to their lack of a reliable blocking tight end. Larry Donnell is a mismatch as a receiver, but his blocking leaves much to be desired. Will Tye showed the "want to" that a good blocker needs, but the un-drafted rookie's technique is still a work in progress.

Adams lines up in  three-point stance next to the left tackle, and that's right where this running play goes. He fires low and hard out of his stance, keeping his hands inside of the defenders shoulders. Adams wins this match right off the snap, getting under the defender's pads and locking in to steer him anywhere he chooses. Driving through his hips, he uncoils his hips and  extends his arms to jack the defender up before finishing the play with said defender on the ground.

It's a great block and one the running back follows all the way through the play. Not all of his blocks are this good, but this was a great rep and a definite win for Adams.

Finding snaps where Adams was in pass protection was surprisingly difficult. He was under-used by the South Carolina offense, but if they were throwing the ball, Adams was usually out running a route. It makes sense to a certain extent, defenses have to respect Adams' size and athleticism, freeing up other players to make plays.

But here we see him staying home to block while the offense takes a shot into the endzone.

Adams is lined up in-line, in a three-point stance next to the right tackle. He is matched up on Mizzou's left defensive end. There aren't many tight ends in college football that you would trust to match up on a defensive end -- especially from a school like Missouri, which seems to manufacture pass rushers in the offseason -- but Adams is one.

He looks more like an unusually athletic offensive tackle than a tight end here, with a solid kick-slide, meeting and rebuffing the defender's initial rush. Like a tackle is taught to do, he stays parallel to the line of scrimmage for as long as possible, retreating at a forty-five degree angle. He mirrors the rusher until he commits to an outside rush which Adams forces wide around the quarterback with some help from the right guard.

The play is ultimately unsuccessful as the receiver drops the ball in the end zone, but that can't be laid at the feet of  Adams. If the ball sailed on the quarterback, it wasn't due to pressure being given up by the tight end

Adams' draft stock was all over the place, ranging from the third to fifth rounds. But for the Giants to find him in the sixth round looks like a tremendous value right now.

As the Giants' brass noted after drafting him, Adams is a better blocker than receiver at this point. It was pretty easy to find tape of him laying good blocks and opening holes for Brandon Wilds, the South Carolina running back. It was a bit tougher to find tape of Adams in the receiving game. Not because he is a liability, but because he was severely under-used by the South Carolina offense. And when he was targeted, it was frustrating to see balls sail just out of his considerable reach.

Daniel Sweeney of Garnet and Black Attack compared Adams to Martellus Bennett and he comparison makes sense watching Adams' tape. When Bennett came to the Giants he was a big blocking tight end, who's receiving ability and athletic upside were largely untapped while behind Jason Witten in Dallas.

While Adams may never have the size -- or the personality-- of The Black Unicorn, he has athleticism and willing toughness in spades. With some coaching and consistent quarterback play, Adams' best football may very well be in front of him.

Meet the rookie: Did the Giants strike gold again with Jerell Adams?