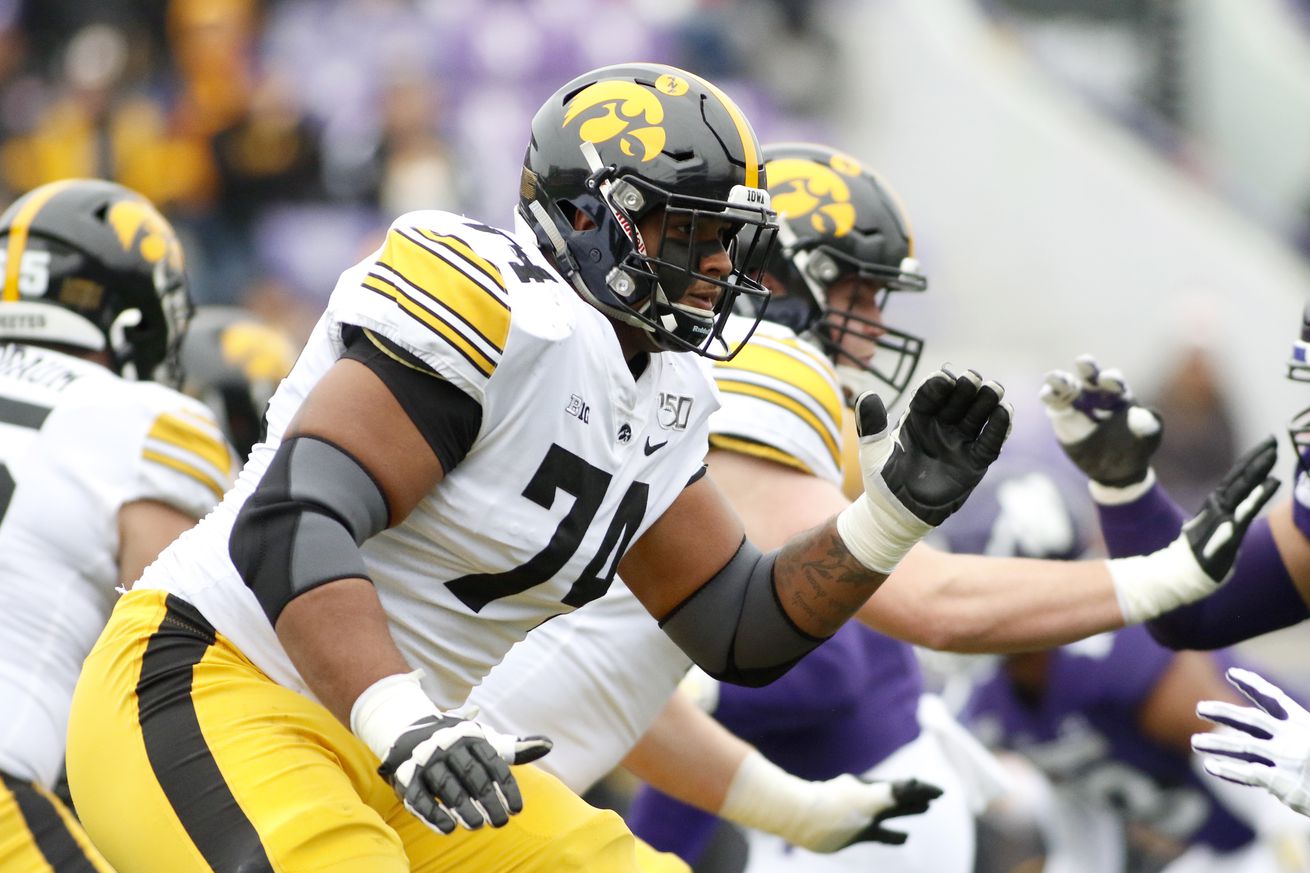 Would you have expected me to do anything else?

Of course I did.

Of course I selected Iowa Offensive Tackle Tristan Wirfs at No. 4 in the annual SB Nation writers’ mock draft.

Big Blue View community members chose linebacker Isaiah Simmons in our community mock draft, and you know that at the time I expressed a preference for whoever the Giants believe to to OT1 over Simmons.

Given the opportunity to make the pick myself, and given my belief that the Giants see Wirfs as OT1, that’s the direction I went.

Here is what I wrote in explaining the pick: Without the ability to trade down a few spots, which might be the Giants’ best option in the actual draft, they face a clear choice. That choice is between Isaiah Simmons, the linebacker/safety/do-it-all defender who seems to be versatile, athletic prototype for modern defenses, or whoever they believe to be the best offensive Tackle in this draft class.

For years, at Big Blue View I have espoused a “build from inside out” philosophy. The Giants have struggled to do that, ignoring the offensive line for too long and then getting the draft choices/free agent signings wrong when they did address it. I would understand choosing Simmons. My own philosophy on team-building, and the importance of protecting Jones and maximizing Barkley, make it imperative that I take another swing at trying to upgrade an offensive tackle position that needs help.

Here is SB Nation draft analyst Dan Kadar’s reaction: Although Simmons would be a fun choice for the Giants, an offensive tackle is the smarter pick. The bigger issue about this selection should be whichever offensive tackle fits the Giants the best. The choice should be between Wirfs, Mekhi Becton of Louisville, and Jedrick Wills of Alabama. Of those three, Becton is the most proven at left tackle. Wills was almost exclusively a right tackle in college, and Wirfs played more right than left as well. But from a talent standpoint, Wirfs is the better player to me. It might be a situation in New York where you bring him in and see where he fits. Then put either Solder or Fleming at the other spot.