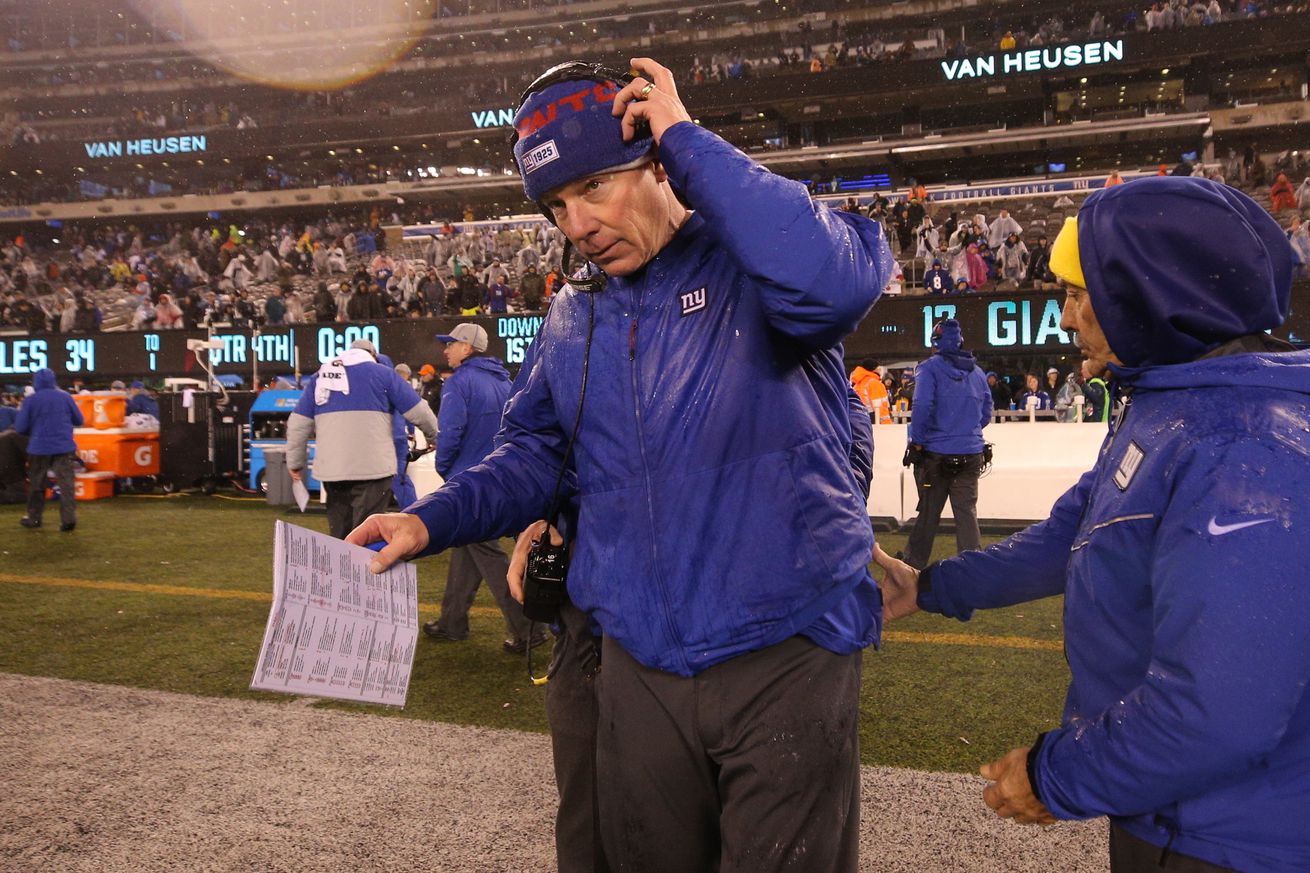 What did we learn from the last game of the year?

The New York Giants season ended not with a bang on Sunday, but with a whimper.

The Giants fell 34-17 to the Philadelphia Eagles in the season finale. The Giants might have hoped to finish the season on a high note with a three-game winning streak — and up until the fourth quarter it looked as though that might just happen.

But then the Giants fell apart again in the fourth quarter and were outscored 17 to 0, and fell to 4-12 on the season.

For one last time in 2019, what did we learn from the Giants’ last loss of the year?

The 2019 season is finally, mercifully, over

I can honestly say that this has been one of the most arduous Giants’ season in a long time. It feels as though it has been about two and a half years since the opening kickoff in Dallas.

It isn’t just the losing — that has become depressingly routine over the last six and a half years — but the Giants couldn’t even be fun while they lost. It would be one thing if we could see them innovating or clearly developing with a direction in mind. But instead we see them using a stale and predictable offense, running Saquon Barkley up the middle, throwing him the ball on swing passes, or throwing to a tight end on a 3-yard crossing route. On defense we see the Giants giving up easy completions, getting gashed by tight ends and running backs, and having coverage breakdowns in the secondary.

The Giants will likely be going through changes early in the 2020 off-season, and we can’t say they don’t warrant them. Whatever happens, the Giants will have their work cut out for them in 2020 as they play the NFC West and AFC North.

The Eagles were the better team

Credit where it is due, what the Eagles have done to end the 2019 season is nothing short of incredible. 178 games worth of players on the trainers’ table, and this game they had a waiting line outside of the medical tent.

But even so, they were the better team on Sunday and they earned this win.

So while we could, and should, offer our kudos to the Eagles, it is also an indictment of the Giants. While it is certainly true that the Giants have dealt with injuries this year, they haven’t had starters and depth charts wiped out like the Eagles. But yet their back-ups, practice squad players, and guys signed off the street were better prepared and executed better than the Giants in both games.

For the third time in two years Doug Pederson obviously out-coached the Giants.

As this is a reflective moment, it is one last gut-punch that Pederson was only hired in 2016 after the Giants promoted Ben McAdoo to keep him from interviewing in Philly.

Daniel Jones will finish the season as one of the two or three most aggressive quarterbacks in the NFL — and that’s not a good thing.

Part of this is on Jones, who needs to be more judicious in picking his targets. While his official stat line only shows 12 interceptions, he has nearly that many passes which hit defenders in the hands only to find the turf.

But there is also plenty of blame on the Giants’ coaching staff. The Giants have struggled to find separation in the passing game all season long. Despite having a completely depleted receiving corps, Carson Wentz threw into coverage on 20 percent of his passes, largely due to the Eagles’ play design.

Whoever is designing the Giants’ offense in 2020 will need to take a long look at how to use the Giants’ skill position players to create separation maximize passing windows.

There is no shame in making life easy for quarterbacks — only having to throw into coverage 12 or 13 percent of the time are a big reason why Patrick Mahommes and Drew Brees (respectively) are as efficient as they are.

Boston Scott is a Giant killer

It’s one thing to talk about the Boston - New York rivalry, but this is ridiculous.

For the second time in two games, second year, former 6th round pick running back Boston Scott has shredded the Giants’ defense. It looked as though the Giants might have gotten lucky as as electric rookie Miles Sanders went down early in the game (after rushing 9 times for 52 yards, 5.8 per carry), but then Scott came on the field and the Giants simply did not have the ability to keep up with the 5-foot 6 running back.

Scott only picked up 54 yards on 19 carries (2.8 per carry) but considering three of those carries were short touchdown runs, that doesn’t improve the look by much.

But while the Giants’ run defense failed them Sunday, Scott also got his in the passing game as well, with 4 catches on 6 targets for 84 yards.

The Giants will need to figure out some way of dealing with Scott in the future, because it is very unlikely that he will be going anywhere any time soon. Getting another Daren Sproles type will only make that offense even more dangerous when it’s healthy again.

When Dave Gettleman and Pat Shurmur were hired two years ago it was with the twin mandates of rebuilding the Giants’ offensive line and winning “now” (“now” being in 2018).

The Giants have yet to return to winning form, and part of that has been the play of the offensive line. Last year the Giants were rated 20th in pass protection and 28th in run blocking by Football Outsiders, and this year they have still given up 43 sacks and will likely finish in the bottom third of the league in run blocking. While that might technically be “improvement”, it is far from a finished job.

While Jon Halapio might be a great guy and a fighter, he is not a starting caliber offensive center. That is one more position the Giants will have to upgrade over the course of the 2020 offseason.

The Giants will also need to address the left tackle position. The Giants might have hoped to have fixed that position when they signed Nate Solder, but he has been a disappointment. Coming in to week 17 he has given up 20.5 sacks over the last two years — for reference, Ereck Flowers gave up 17 sacks in 46 games at left tackles — and has given up the most pressures of any tackle in the NFL per Pro Football Focus.