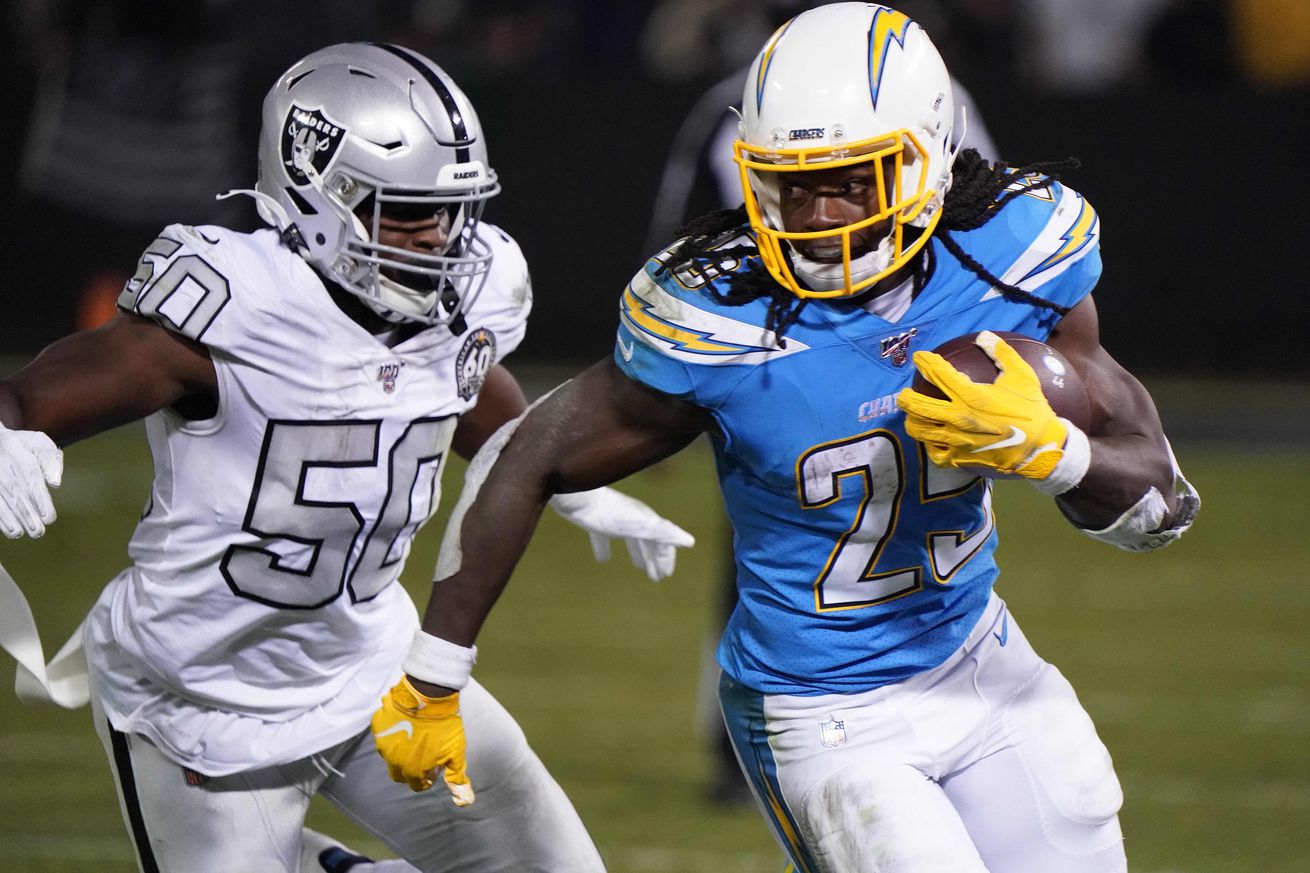 And this week? You’re looking at Patrick Mahomes, Christian McCaffrey, Jackson and Deshaun Watson as your highest predicted point-earners.

Let’s check out who had big fantasy performances in Week 10 (standard format):

Here’s who you should start and sit, along with their projected points.

The Kansas City Chiefs may have an awesome offense, but their defense gives up the most Fantasy Points to Opposing Running Backs. Melvin Gordon, meanwhile, has posted these point totals since coming back from his holdout: 5.8, 6.3, 7.9, 10.4, 24.4, 19.8.

Fans in Buffalo consistently get angry on local talk radio because Sean McDermott’s staff just straight up doesn’t give the ball to the Bills best player. I mean, there’s not much else to say. Give the ball to ‘Motor’, Sean.

This week, Singletary goes up against the NFL’s third-worst rush defense, and the team that gives up the fifth-most fantasy points to opposing running backs in Miami. It should be quite fruitful for the rookie rusher out of FAU. He averages 6.4 yard per carry.

DJ Moore is the 12th most targeted wide receiver in the NFL with 8.8 targets per game. The Falcons give up the seventh most fantasy points to opposing wide receivers, and they sit eighth in passing yards allowed.

Moore has surpassed 12 points in four of his past five games.

Despite Kyler Murray’s excellent season by rookie quarterback standards (fantasy-wise), I don’t think he’ll have a great time this Sunday at San Francisco, the NFL’s 2nd best defense. The 49ers allow the second-least points against to opposing quarterbacks, averaging just 10.37.

That’s not a lot.

The Eagles welcome the Patriots to town on Sunday, but the Patriots have the league’s best defense. They average 10.9 points against, tops in the league. That’s a TD and a FG, and those odds aren’t great for Howard.

Moreover - wait for it (you know I’m about to hit you with another stat), the Pats allow the fewest points against to opposing running backs at just 12.6. This is not a good matchup.

Robert Woods isn’t a terrible start, but if you’re choosing between him and another WR2 who’s getting similar point predictions, I’d side against Woods. The Rams offense looks flat as of late and Woods’ targets vary wildly from week-to-week (last week they were higher because of Brandin Cooks being out).

The other variable is that the Bears defense sits at 4th best against opposing wide receivers, allowing a modest 22 points per game. With Cooper Kupp commanding more targets, I think Woods could be in for a quiet game.