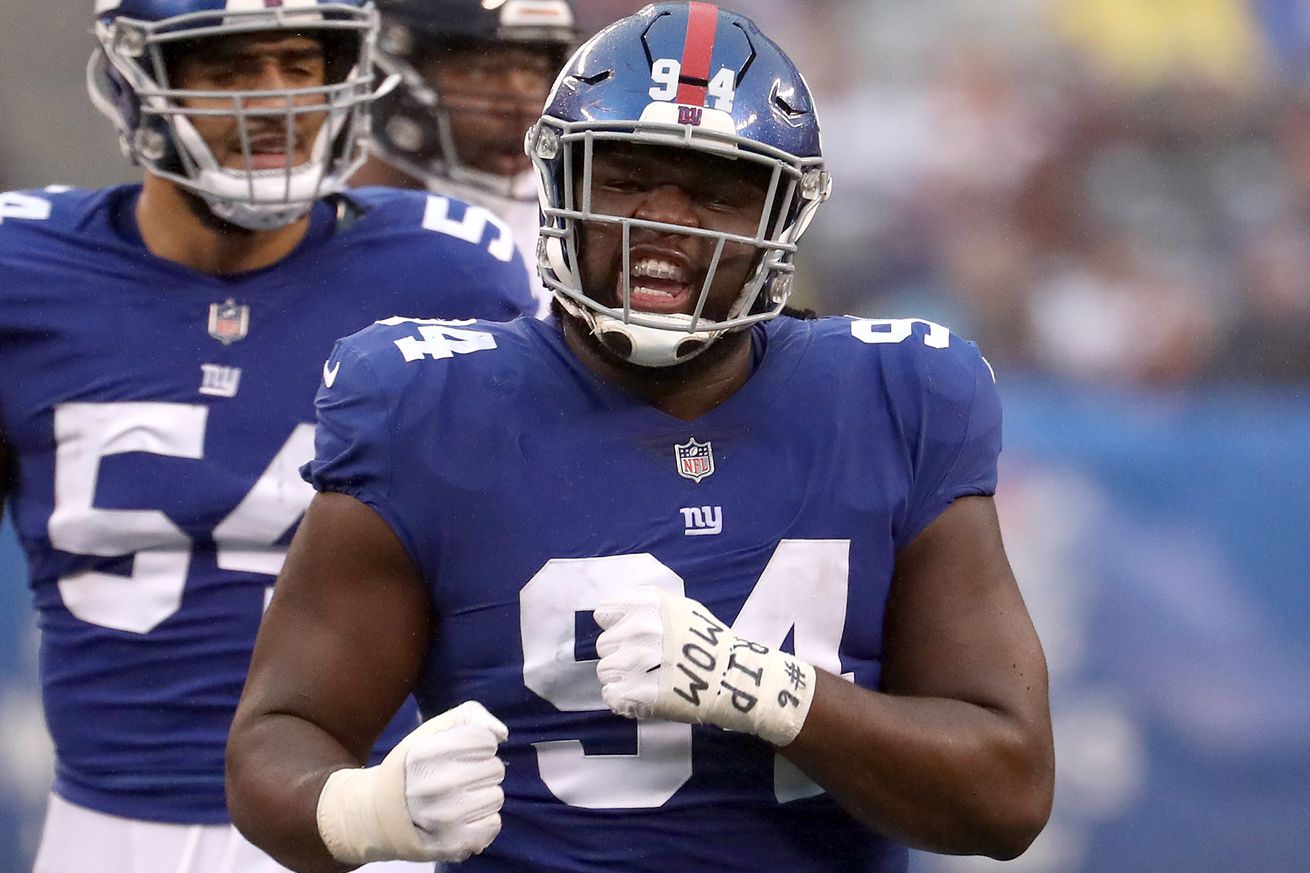 Dalvin Tomlinson, perhaps surprisingly after the New York Giants selected 342-pound Dexter Lawrence with the 17th pick in the 2019 NFL Draft, is likely to be the man most often in the middle of the Giants’ defense.

Let’s take a look at Tomlinson, who is entering his third season, as we continue rolling through profiles of the 90 players the Giants will bring to training camp.

How he got here

The 2017 second-round pick is one of the few players drafted by Jerry Reese who continues to have a prominent role with the Giants. He has started all 32 games the past two seasons. By now, we pretty much know Tomlinson is, and what he is not.

What he is — A solid run defender with 53 stops and only one missed tackle in two seasons, per Pro Football Focus. He had five tackles for loss among his 59 tackles in 2018. His PFF run stop percentage of 8.4 placed him 21st among 67 qualifying tackles.

What he is not — A pass rushing threat. Tomlinson has just one sack in two seasons. He went all of last season with neither a sack nor a quarterback hit. He did generate 18 hurries in 286 pass rush snaps, but his pass rush productivity score of 3.1 placed him 81st among 112 qualifying defensive tackles.

When the Giants traded Damon Harrison one of their reasons was to get rookie B.J. Hill more playing time. The other was to allow Tomlinson to play the nose, or shade, position in their 3-4 defense.

Tomlinson did have 35 of his 59 tackles and 17 of his 27 run stops over the final eight games. Over that stretch, PFF graded him below 70.0 in only one game, after having done so five times in the Giants’ first eight games. So, it would appear that Tomlinson is better suited to aligning over the center.

Eyebrows were raised in the spring when it became apparent that the Giants seem intent on leaving Tomlinson at the nose and playing Lawrence as a three- or four-technique aligned opposite a guard or tackle.

It makes sense, though, when you factor in Tomlinson’s improved play inside and Lawrence’s superior athleticism and experience at Clemson playing a variety of defensive line roles.

Tomlinson would seem likely to end up being a run down defender likely to come off the field when the Giants are expecting pass.