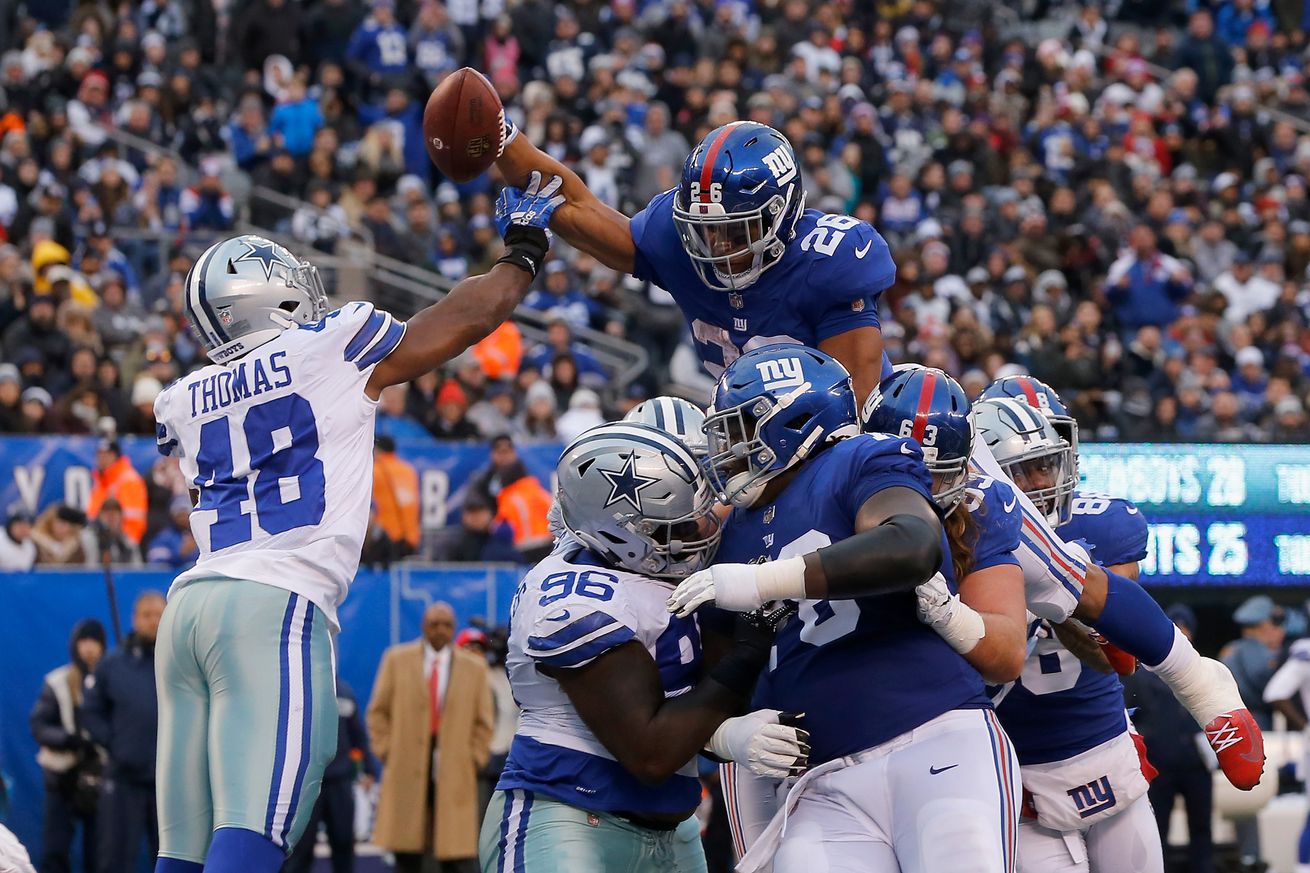 How does the Giants’ Offense look in a post-Beckham world?

There is the perception that the New York Giants offense just isn’t scary after trading away Odell Beckham Jr.

And to a certain extent, there is some truth to that. The Giants’ depth at wide receiver is much more of a question now than it was, and teams won’t explicitly scheme to stop the Giants’ receivers until it proves necessary. That doesn’t mean, however, that the Giants’ offense is going to be dead in the water.

Rumour Has It: Barcelona push ahead f…
Seal Shore campsite
Russia: The hub of the Secret Crypto …
The windshield is bigger than the rea…
Sony, Microsoft, Nintendo Unite to Co…

In ranking the offensive skill positions of the 32 teams, ESPN’s Bill Barnwell came to the conclusion that the Giants are still in good shape. He ranks their offense, which will be built around Saquon Barkley, Sterling Shepard, and Evan Engram, eighth in the entire NFL.

It’s strangely impressive that the Giants managed to be so uninspiring on offense a year ago with one of the best arsenals in football. Obviously, trading away Odell Beckham Jr. is going to make any team’s weaponry worse, but the Giants at least have a short-term solution in Golden Tate, who should help soften the blow of willingly trading away a franchise wideout for ... reasons. Both Tate and Sterling Shepard rank in the top eight for receiving yards out of the slot over the past three years, so Pat Shurmur will need to find a way to get both of his starting wideouts time on the inside.

The Giants are the first team on this list to rate out as above-average at running back, wide receiver and tight end, though other teams (notably the Packers and Steelers) come close. Evan Engram struggled to stay healthy last season but averaged 9.0 yards per target, which was just ahead of guys like Travis Kelce and Jared Cook. And though Saquon Barkley’s rookie season was less impressive under a microscope, it’s fair to say that the offense was almost entirely dependent upon Barkley for stretches in 2018. With a better offensive line, Barkley could be the most productive back in football in 2019.

Instead their problem has largely been in how they have employed their weapons.

Kevin Gilbride’s offense — which was always something of a glass cannon and rigid in how players were slotted into the scheme — grew stale and predictable once defenses figured it out. By the end of Gilbride’s tenure, defenses were able to manipulate the option route based passing attack into forcing the post-snap reads they wanted.

Ben McAdoo’s offense featured some forward-thinking features, such as leaning in to 11-personnel spread looks. That did allow them to field an efficient run game in 2017 despite having most of their receiving corps lost to injury — at least until D.J. Fluker was lost as well — averaging 4.28 yards per carry in that 5 game span, and 4.42 in four of the five games. Had they been able to sustain it over the full year, 4.28 would have landed the Giants at 11th in the league in terms of yards per carry, and the 4.42 YPC would have ranked them 7th.

However, the offense were poorly implemented, with predictable play calls that decreased throwing windows while demanding precise timing between quarterback and receiver. Too often it also seemed to forget about the running game despite the advantage in box counts their personnel and alignments forced on defenses.

Pat Shurmur’s offense is by far the most quarterback-friendly of the three, but it still has its issues. Most notably, it did little to maximize the potential of Beckham, Barkley, Shepard, or Engram.

As a running back, Barkley faced far too many eight (or more) man boxes, and while Barnwell is correct that an improved offensive line should help Barkley, so too would not running the ball when the defense is expecting it. The Giants ran the ball nearly 60 percent of the time on early downs before games were out of reach, and tended to run out of heavy sets. While the Giants might want to try an establish a physical tone to the game, the fact remains that Barkley averaged nearly 7 yards per carry against light boxes and the coaching staff could have done more to try and manipulate defenses into presenting those looks. In the passing game Barkley was forced to make the phrase “give 110 percent” literal as yards after the catch made up 110 percent of his receiving yardage.

Similarly, Barnwell is correct that Engram is a dangerous receiving threat that should be counted among the best receiving tight ends in the NFL. He is a nightmare for defenses with the ball in his hands, averaging the second most yards after the catch among all receivers. However, Engram also had the second-lowest average depth of target in the NFL last year. Far too many of his games looked like this, with a few routes run down the field but most run shallow and parallel to the line of scrimmage. 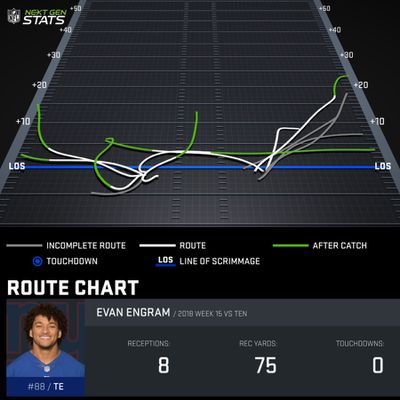 I do believe Sterling Shepard has untapped upside as an outside receiver. He has been one of the best slot receivers in the NFL since being drafted but Shepard’s route running, quickness, and strength lend themselves to beating coverage out wide as well as in the slot. He should look to receivers like Steve Smith Sr. (of the Carolina Panthers and Baltimore Ravens), and Antonio Brown as models for his game going forward. Whether or not he is able to play like them remains to be seen, of course.

The Giants undoubtedly had more offensive firepower with Odell Beckham on the roster. His ability and presence covered up a number of warts, from making Manning’s life (much) easier to demanding double-teams and influencing how defenses had to scheme for the Giants’ offense even when he didn’t have the ball.

But his departure didn’t leave the Giants bereft of talent. They can still move the ball and score points, but the Giants need to get better at deploying the weapons on the roster. To quote John D. Rockefeller “Don’t be afraid to give up the good to go for the great.”