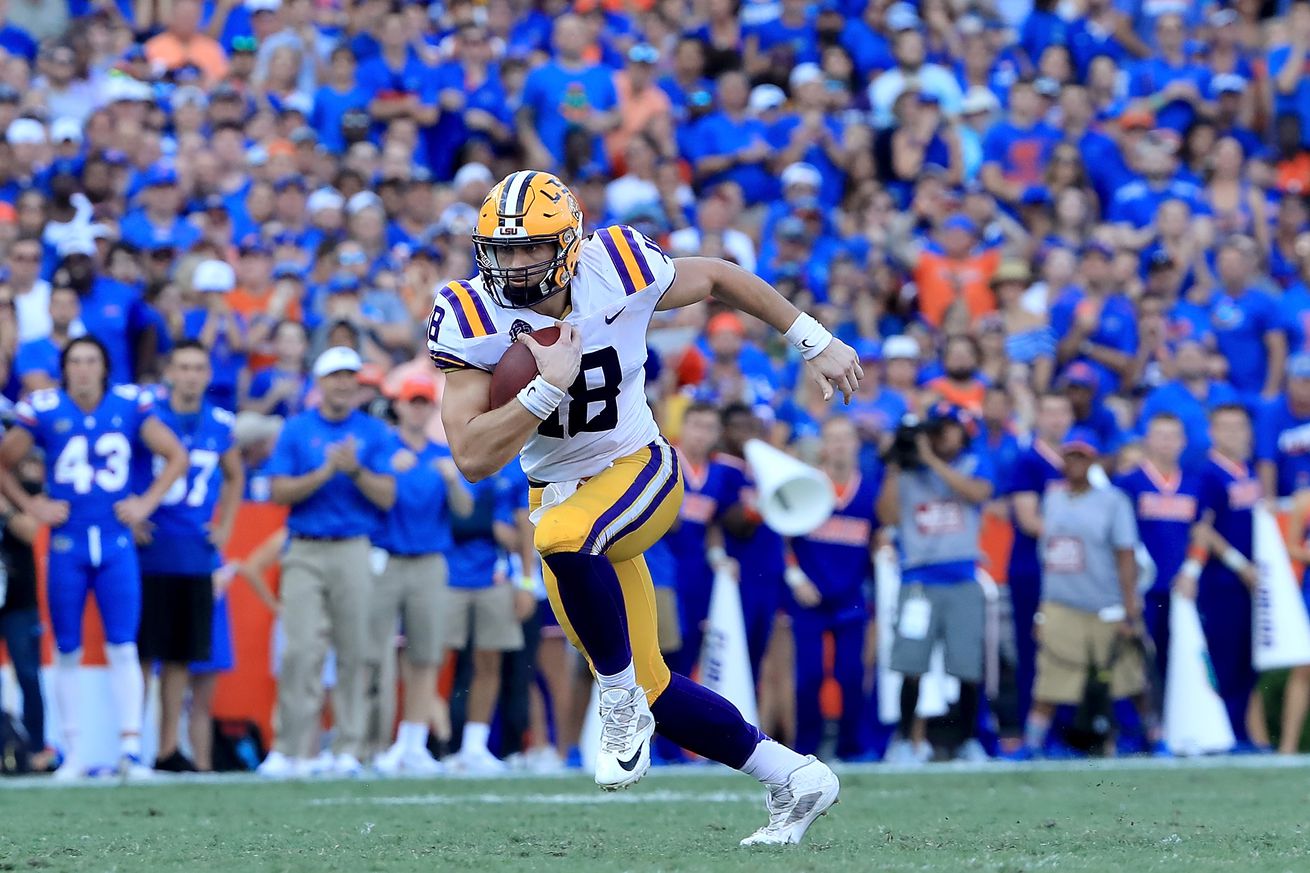 In the sixth round of the 2019 Big Blue Draft-A-Thon, the New York Giants (fans) have selected Foster Moreau (TE, LSU) with the 180th overall pick

Foster Moreau could wind up being a downright steal in the sixth round. Mostly relegated to blocking duties in the LSU offense, he brings upside in that area to the Giants, but he is also a very athletic tight end who could be developed into a weapon as a versatile and complete tight end. Moreau could move into the number two tight end position by his second year, allowing the Giants to move on from Rhett Ellison.

The Giants’ next pick won’t be until the 232nd pick in the draft, late in the seventh round. To keep things moving, I will just be listing the ten picks made before the Giants’ pick.

(we are going back to pure “best players” for the final two selections.)