NFL Draft 2016: Ezekiel Elliott and the New York Giants are not a match 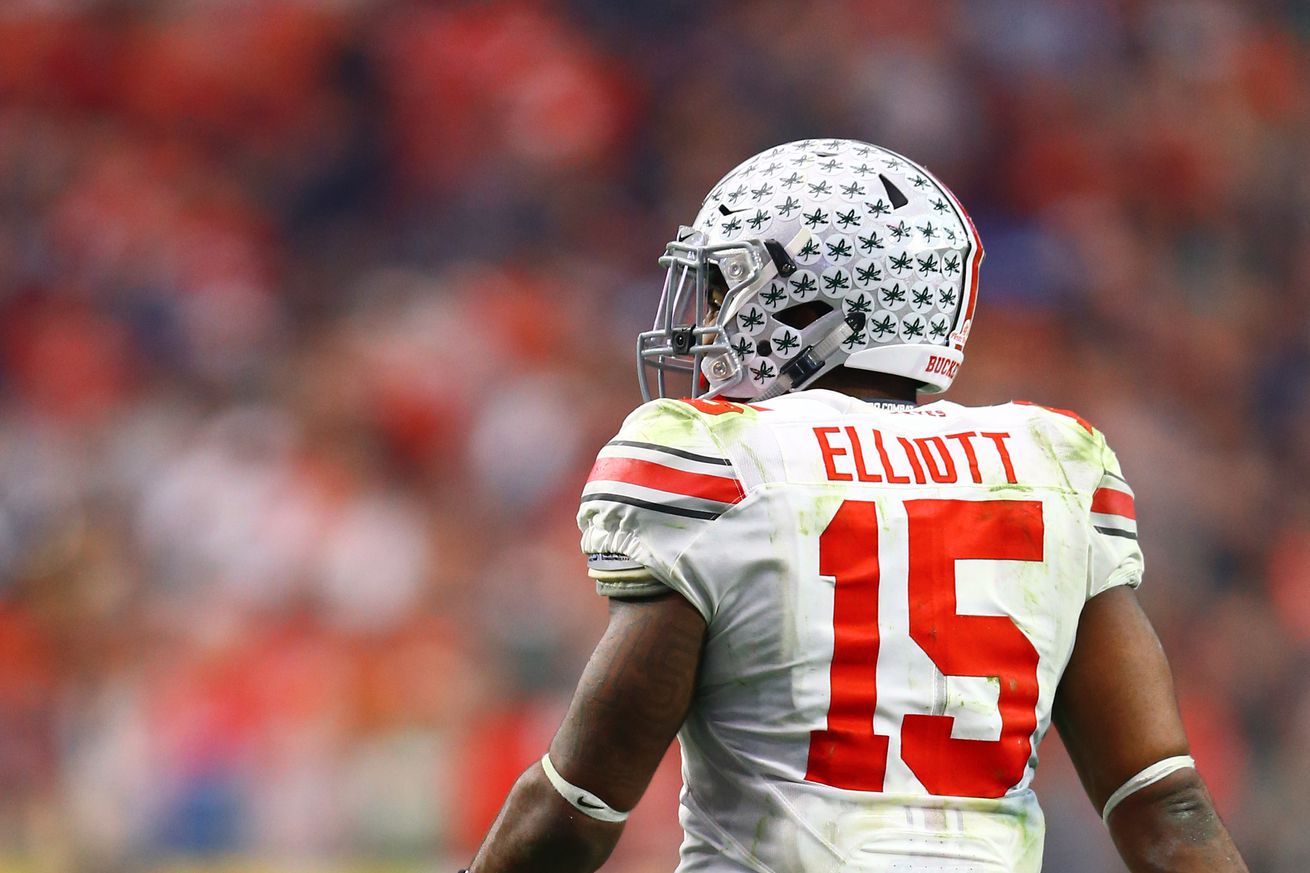 A square peg with the 10th overall pick? Too rich for this team.

Ohio State's star rusher, Ezekiel Elliott, is the envy of offensive coordinators everywhere and nightmare fuel for any defensive mastermind who think they finally have this game figured out. He's a player who has consistently been near the top of draft boards for over a year and his value as a three-down running back in the age of specialized role players cannot be overvalued. Elliott was a constant positive during Ohio State's ups and downs. Yet, here I am about to tell you that no, the New York Giants shouldn't take him in the first round.

CBD 2020: What to Expect + Our Top Pr…
Why Friday The 13th Will Be Your Luck…
Highlands, Buttermilk Opening and Sum…
Giraffe running wild in Stratford Rad…
Bitcoin Fund IPO gets the Preliminary…

Does He Fit With the Giants?

Honestly, I don't think so. The offense would have to change dramatically to get the most out of Elliott's skill set and I don't think it will. There will be changes yes, as we finally lay eyes on an unfiltered McAdoo philosophy, but I don't think it'll be different enough to warrant using such a high pick on a guy like this. The Giants barely used Shane Vereen to his full potential last season, so what makes you think they can take advantage of Elliott? I'm sure being the first rusher selected in the draft  would guarantee extra opportunities, but really, I still can't see it.

If the 10th overall pick doesn't immediately pay dividends, Jerry Reese could be gone, and I think he knows that. Running back might be fifth or sixth in terms of positional needs, and it's certainly an area that can be boosted with mid-to-late rounders. The risk with Elliott is so high, and it's not the guy's fault, because he does everything right, but it's just the nature of the game, and the nature of this team. Elliott is an expensive bottle of champagne and coming off three losing seasons, the Giants are a team struggling to pay rent.

Elliott was an excellent running back in college. He's well set to translate those successes to the NFL level, but I don't think he's an easy home-run. He can make people miss at the second level, but keep in mind that he had a top offensive line up front, and often a dual-threat QB in the lineup too. The burst that set him apart in college will be minimized against NFL talent, and while I do think he can potentially be an All-Pro player, I don't think this is the landing spot to make that happen.

NFL Draft 2016: Ezekiel Elliott and the New York Giants are not a match