Cap cuts are coming — which Giants will stay, go? 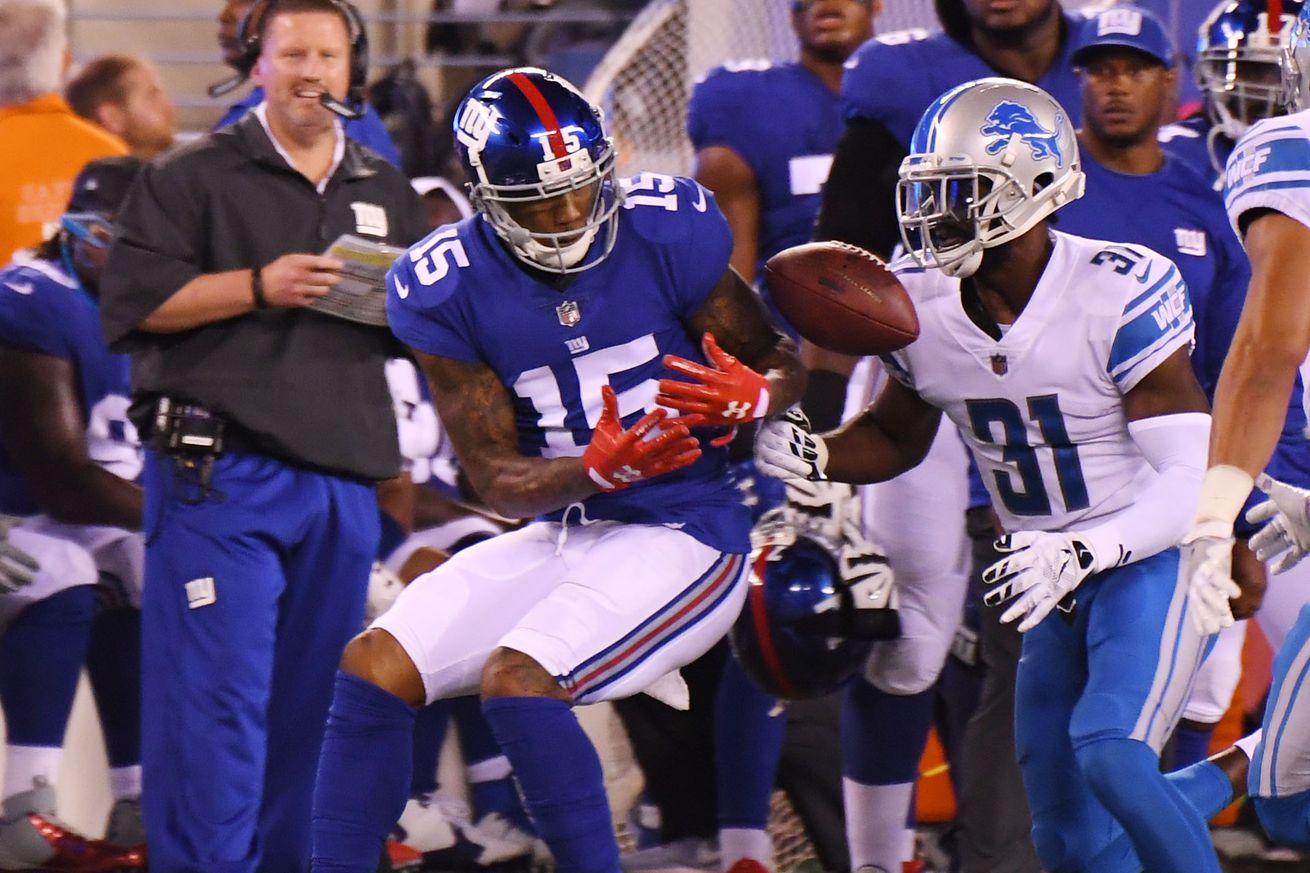 The free agency signing period is now one month away. Teams have already begun to clear salary cap space — like the Oakland Raiders getting rid of cornerback David Amerson and the Kansas City Chiefs telling veteran linebacker Derrick Johnson he won’t return.

Pat Traina recently broke down the New York Giants projected salary cap picture for us and offered a few thoughts on who, in her view, would be kept, cut, and re-structured.

Here is a look at few Giants who should be hoping their phone doesn’t ring, and what I believe is going to happen.

When I reviewed the Giants’ wide receiver situation heading into 2018, I said I didn’t believe Marshall would be back. I still don’t. After seven straight 1,000-yard receiving seasons, Marshall has had just one in the past four years. He will be 34 next season and played only five games in 2017 due to an ankle injury. He wants to continue to play and build a Hall of Fame resume. It would just be shocking if he was playing with the Giants in 2018.

In that same post about wide receivers, I said that I anticipated the Giants would move on from the 30-year-old special teams ace. Nothing has changed.

Harris is incredibly tough, having played through all sorts of injuries over the years that would have sidelined other players. All those bumps and bruises, though, have taken a toll on Harris productivity. Once a premier punt returner, Harris has averaged just 6.1 yards per return the past two seasons. His kickoff return average went from 28.7 in 2015, to 24.2 in 2016 and plummeted to 20.9 in his injury-shortened 2017 season. Harris is of little use on offense, having caught just one pass since 2015.

This one I know some in the fan base won’t like, but I do believe the Giants will move on from DRC. He is a 31-year-old cornerback who no longer plays full time, his percentage of snaps played having dropped from 76.9 percent in 2015 to 55 percent in 2017 (albeit with a one-game suspension thrown in). He carries an $8.5 million cap hit in 2018, exorbitant for what amounts to a part-time player.

There has been some speculation that the Giants could move him to safety. They have, however, two free safeties on rookie contracts in Darian Thompson and Andrew Adams. If Rodgers-Cromartie returns it will almost certainly be on a restructured contract at a much lower cap number.

Jerry’s situation is far less clear-cut. The 31-year-old guard has been a better player for the Giants than a frustrated fan base looking for offensive line improvement would like to admit. He has started 56 of 64 games with the Giants. His run-blocking has always left something to be desired, but his durability and pass-blocking are positives.

I could see Jerry being brought back in 2018, but preferably not as a starter. He can play both guard spots, so his experience might make him a valuable backup. His $4.125 million cap hit, though, is tough to swallow for a backup offensive lineman.

This one could go either way, but I think the Giants — looking for a fresh start on the offensive line — move on from Jerry. Perhaps John Greco, brought in late in the season, gets a chance to go to training camp and prove he still has enough left to be a reserve guard. Greco played for Pat Shurmur with both the St. Louis Rams and Cleveland Browns.

Of the four massive contracts the Giants have given to defensive players since the 2016 offseason, Jenkins has the one the Giants could most easily get out from under this offseason. By designating Jackrabbit a post-June 1 cut the Giants could save $11 million against the cap and be saddled with only $2 million in dead money.

Would they actually move on from Jenkins? In two seasons, we have seen both sides of Jenkins. In 2016, we saw the shutdown corner the Giants thought Jenkins could be as he was a major difference-maker, made his first Pro Bowl and was voted second-team All-Pro. In 2017, we saw the moody side of Jenkins. He got suspended after not returning on time from the team’s bye week and not contacting the team to explain his absence and didn’t always play hard. To be fair, he did play several games with an ankle injury that eventually forced him to IR.

Cutting Jenkins would send a crystal clear message to the locker room that all of the nonsense that occurred last year wouldn’t be tolerated again. Dave Gettleman’s history in Carolina shows he is unafraid to make unpopular moves with veteran players. With Ross Cockrell a free agent and the returns of DRC and Eli Apple (see below) uncertain the Giants probably have to hang on to Jenkins, though.

No team likes to give up on a first-round pick, especially one taken 10th overall, after just two seasons. Gettleman has said that players have a “clean slate” and that he has been trained not to give up on talent it at all possible.

The question, in this case, is whether or not that is possible. After a year that showed the 22-year-old’s immaturity and ended with him suspended after an accumulation of misdeeds that apparently ended with him refusing a coach’s direction to join the scout team in practice what do the Giants do?

They quite obviously have to fix a fractured locker room that was at least in part responsible for a 3-13 season and the firings of coach Ben McAdoo and GM Jerry Reese. Do they gamble that Apple will grow up, will get past some of the family issues that may have affected him last season and become a better professional and better teammate? Do they just cut their losses, take whatever they can get in return for Apple, and figure that when it comes to making the Giants a better team moving on from Apple would be addition by subtraction?

It would actually cost the Giants money against the cap to cut or trade him prior to June 1, and wouldn’t really save them much after June 1. So, this isn’t a salary cap decision. This will be based on whether or not Gettleman and head coach Shurmur believe Apple’s talent is worth the risk.

Verdict: Unlikely to be cut, but could be traded.

This post first appeared on Big Blue View, A New York Giants Community, please read the originial post: here
People also like
What would happen to a modern-day Moses in America?
5 Tips for Successful HR Project Management
Kalorik – Up to 58% discount
9 Best Pubic Hair Trimmers for Safe & Painless Grooming
The Best Unicorn Piggy Bank For Kids And Adults To Save Money
How to Make Quick Money on CoinSpot?
Blu Jasmine From OnlyFans Says French Montana & Drake Offered Her Money For Sex [NSFW – 18 & OVER]

Cap cuts are coming — which Giants will stay, go?