How do Mike Shula and Pat Shurmur compare in offensive philosophy? 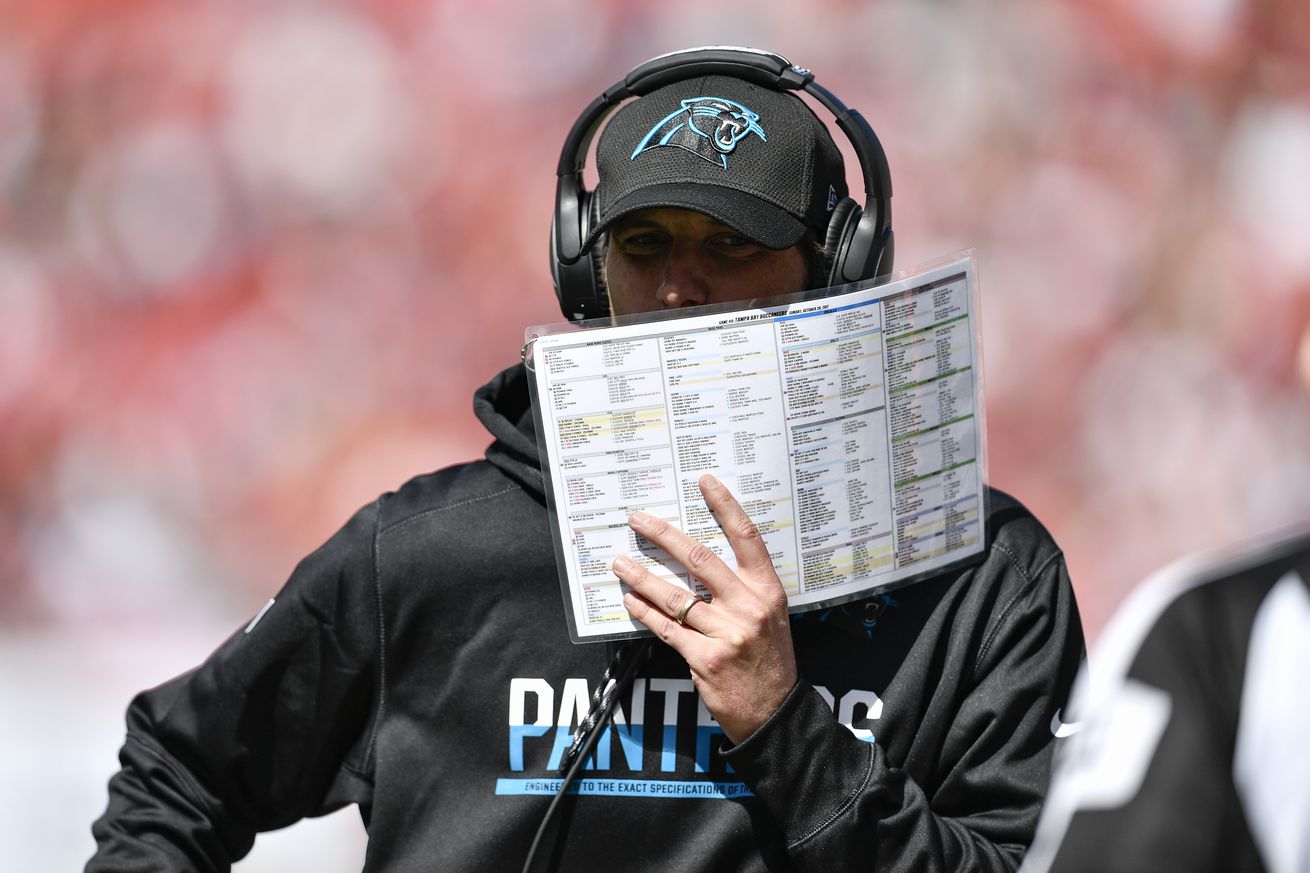 In an offseason full of second- and third-choice hires, the last domino to fall for the 2018 New York Giants coaching staff might have been the most surprising. After the Minnesota Vikings decided to hold on to Kevin Stefanski, the Giants hired Mike Shula as offensive coordinator.

Before the hire, Shula, the former offensive coordinator for the Carolina Panthers, was rarely mentioned as a possible option to be the second-in-command on the offensive side of the ball under head coach Pat Shurmur. While there were gripes with Shula’s run as offensive coordinator in Carolina, it will be important to note he will not have full reign of the offense in New York with Shurmur running the show. Still, Shula will play some part in the game plan, install, and schematics of the offense during the offseason and each week during the season.

Shula should be able to bring some more creativity — his strength as a coordinator was drawing up plays, while his weakness was play-calling and game flow. What could be the most important aspect of his presence with the Giants is where he and Shurmur mesh in philosophy.

First, we can take a look at how the two deployed Personnel this past season. Using the personnel frequency tool from Sharp Football Stats, we can see how often each coach used certain personnel groupings. For those unfamiliar with how this works, the numbers represent the number of running backs and tight ends on the field. For example, 12 personnel features one running back and two tight ends (wide receivers are the leftover number after accounting for the five offensive linemen and the quarterback — so in this case two wide receivers). 11 personnel is one running back and one tight end with three wide receivers.

The biggest difference is the use of 11 personnel. Neither team relied heavily on the three wide receiver package, but the Vikings were at league average, while the Panthers had the seventh-lowest usage of 11 personnel in the league. However, similar to how the Giants ran an incredible 92 percent of plays out of 11 personnel in 2016, Carolina’s usage was partly due to the players available. The Panthers were in 11 personnel on 55 percent of their plays in 2016, but didn’t have a great set of three wide receivers to put on the field in 2017. They also had one of the better receiving threats out of the backfield in Christian McCaffrey, which more than made up for the difference.

Because of McCaffrey’s ability to be a receiving threat out the backfield and run out of the slot, the Panthers ran 13 percent of their plays out of 21 personnel, the sixth-highest rate in the league. Carolina also ran the fourth-most passes in the league out of that package. Under Shurmur, the Vikings only used two backs and one tight end on five percent of plays, which was just under the league average of seven percent.

Regardless of personnel, both believe in involving a running back in the passing game. Last season, McCaffrey tied for the 14th-most receptions for any player in the league (80) and while Jerick McKinnon had only 51 receptions, he was targeted on a healthy 13 percent of Minnesota’s pass attempts.

One place the Vikings and Panthers offense were in sync came with the use of multiple tight ends. Both used 12 personnel with two tight ends on 22 percent of plays, over the 19 percent of league average and how often the Giants used that package in 2017. This is also where Shurmur and Shula could find some more compromise in having two running backs on the field. While the Panthers did that most often with two wide receivers on the field, the Vikings favored 22 personnel on nine percent of their plays. Overall, the Vikings and Panthers had the sixth- and seventh-most total plays with at least two tight ends on the field.

That’s obviously good news for Evan Engram and possibly for Rhett Ellison, too. Though the Giants might look for a more capable receiving tight end as a third option — Ellison had just 32 targets despite playing half of the offensive snaps in 2017.

One place where Shula could help is with a more diverse run game. Last season, the Panthers were 11th in rushing DVOA, per Football Outsiders, while the Vikings ranked 18th. Carolina benefited from a quarterback who rushed for 754 yards in 2017, but the Panthers also had one of the most balanced rushing attacks in the league by formation. Carolina was one of nine teams to have at least 10 percent of its rushing attempts come from four different formations.

71 percent of Minnesota’s rushing attempts came from either 11 or 12 personnel, but just 55 percent of Carolina’s came from those two packages. The Panthers also had 12 percent of their runs from 21 personnel and 19 percent from 13 personnel.

Again even the weaknesses of those plays — like the dedication to running Christian McCaffrey up the middle with nearly half his runs between the guards and 71.5 percent between the tackles — will be lessened with Shurmur in control of the play calls.

The Giants were surprisingly an under center running team in 2017. Only 35 of Wayne Gallman’s 111 rushing attempts (31.5 percent) came from shotgun.

This matters because of how shotgun heavy both Shurmur and Shula were in the passing game. Last season 74.9 percent of Case Keenum’s attempts and 88.2 percent of Cam Newton’s were in shotgun.

There are certainly some similarities between how the two coaches approach offense and there’s definitely some differences. The combination of the two philosophies has the potential to create a versatile and efficient offense with schemes and plays borrowed and developed from a wide variety of influences. It might not be what many were expecting, but it has the chance to be just what the Giants need to help turn the offense around.

This post first appeared on Big Blue View, A New York Giants Community, please read the originial post: here
People also like
Creating and Selling Digital Products
What You Need to Know About Sydney Epoxy Flooring
How To Invest in Real Estate With no Money in 2023
Best At-Home Workouts For Beginners
This Is What You Should Do If You’re Laid Off

How do Mike Shula and Pat Shurmur compare in offensive philosophy?