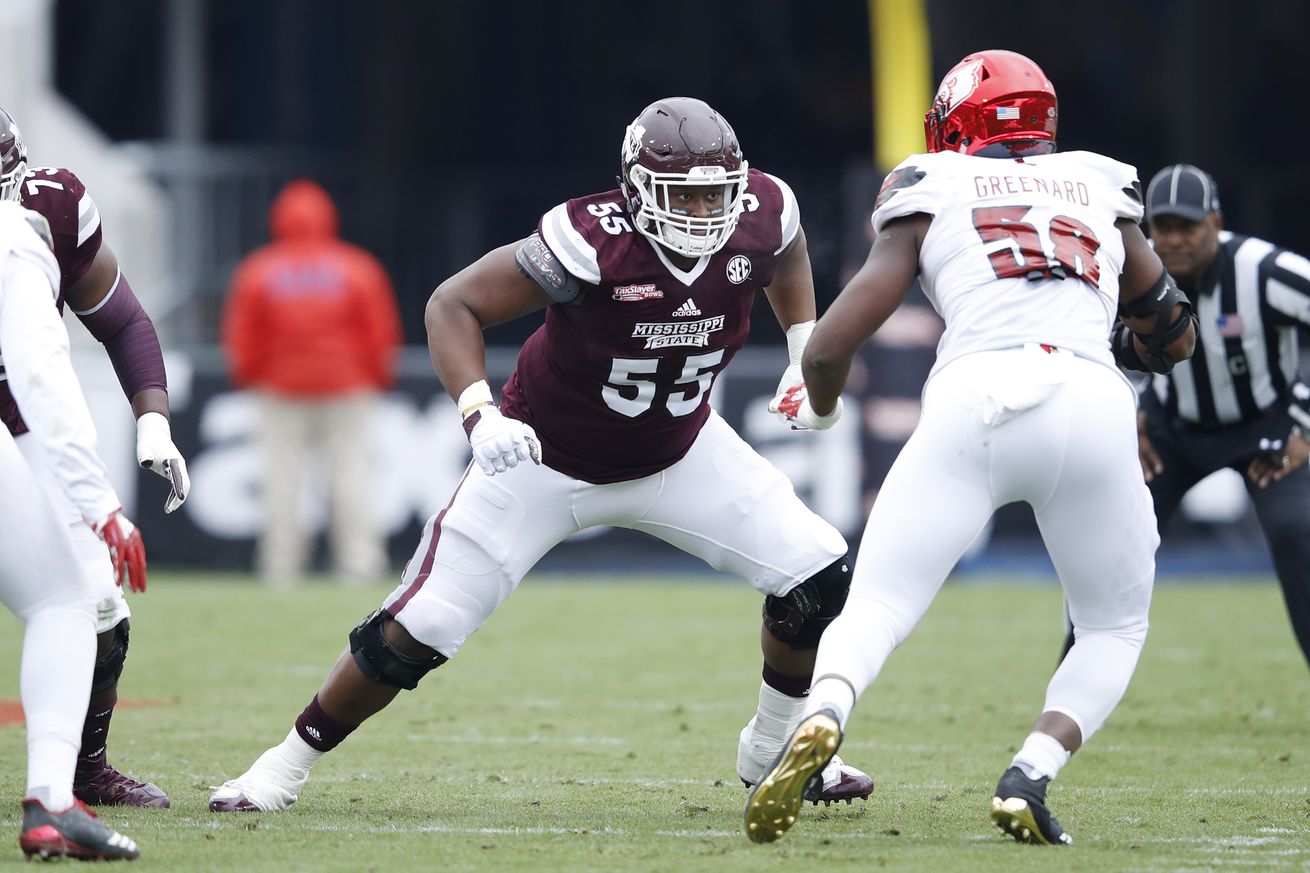 Will the Giants target Rankin on the second day of the draft?

The 2018 NFL Draft is an interesting one for offensive linemen. There are few top prospects, but this draft boasts a relatively deep talent pool. There are several prospects at each position who can become reliable contributors in the NFL.

Mississippi State left tackle Martinas Rankin is one such player. The former JUCO transfer began generating a buzz for himself in 2016, and scouts were excited to see if he could build on that in 2017. His profile fell off a bit when he suffered a mid-season ankle injury, but with the draft process in full swing, his name is being mentioned more consistently.

The New York Giants are looking for help all along their offensive line. Will the former no-star recruit catch Dave Gettleman’s eye?

“IN OUR VIEW: Rankin is still learning the nuances of the position and lacks a dominant trait, but he grades slightly above average in almost every critical area for playing the position at a high level. He can stay at tackle in the NFL, but also has the versatile skill-set to provide depth at guard and center.”

Rankin is not yet a finished product.

He has the traits to be a good offensive tackle, but he needs to clean up some technical issues that compromise his positive traits. For instance, he has quick feet and a good kick-slide, but his feet seem to get “stuck in the mud” when he has to react quickly to speed. He is a powerful lineman, but he has a tendency to not bend his knees, raising his pad level and keeping him from uncoiling his hips and unleashing that power. He has active hands, but the wind-up before his punch gives up his chest, and too often his hands wind up outside the defender’s framework.

None of this is to say that Rankin is going to bust. Vanishingly few, if any, prospects are finished products coming out of college. Rankin’s upside is obvious, but like the vast majority of prospects, he will need to commit to honing his craft to truly succeed in the NFL.

The question for the New York Giants is whether or not they could either live with him while he develops (assuming, of course, that he does) or give him the environment in which he can iron out these wrinkles.

They could certainly use the player he could be on their offensive line.