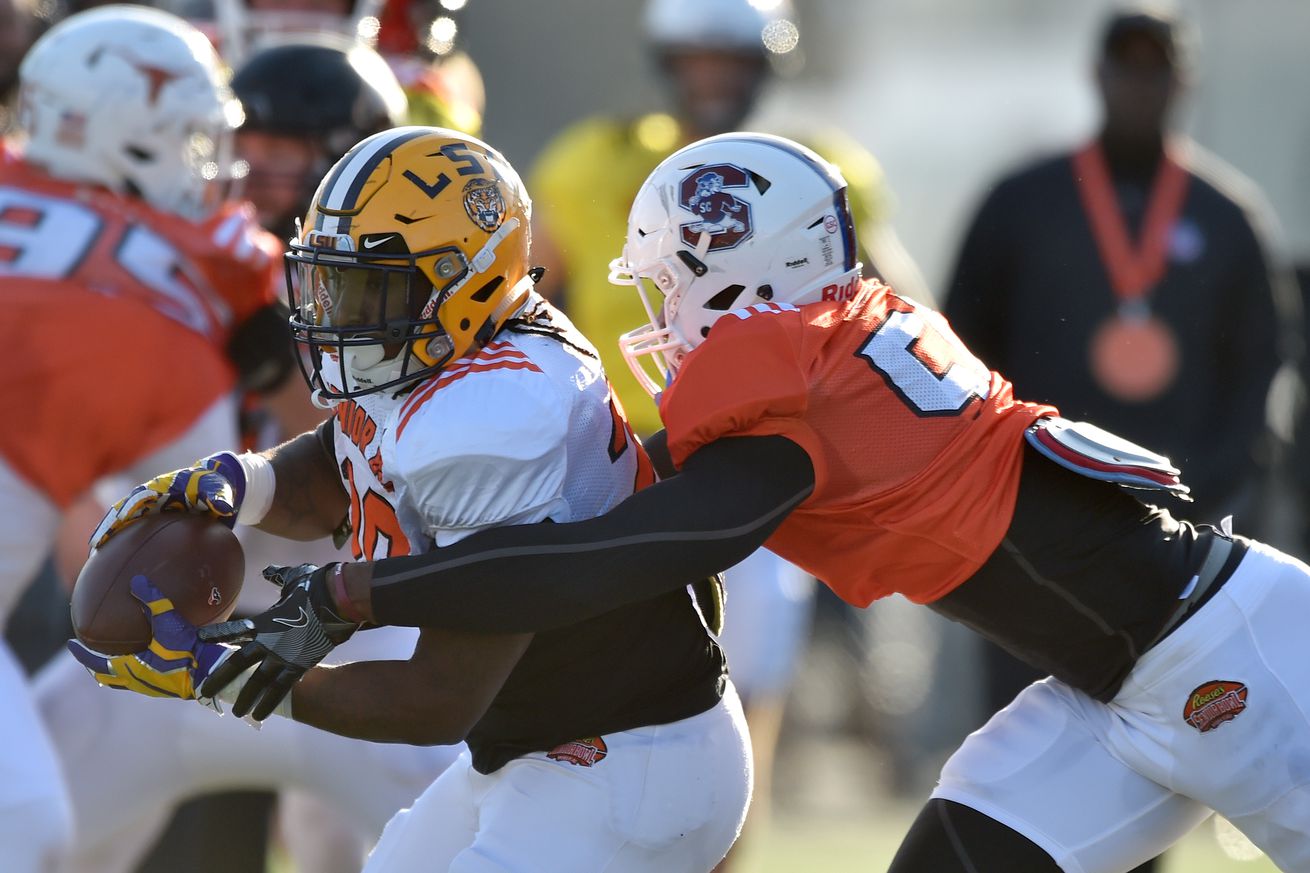 Darius Leonard is a small-school linebacker to watch

Every draft there are players from small schools without big media contracts who seemingly emerge from nowhere throughout the process.

One such player is South Carolina State linebacker Darius Leonard who generated a buzz at the 2018 Senior Bowl with his athleticism, range, and ability in coverage. He is one of the new age “hybrid” linebackers created by the necessity of defending college football’s high-octane spread-option offenses. In an earlier age he might have been told to lose weight and play safety, but with the success of players like Telvin Smith, the NFL is giving players like Leonard a serious look at linebacker.

Considering the New York Giants need to rebuild their linebacking unit while adding athleticism to cover the middle of the field and defend athletic quarterbacks, it would behoove them to look as well.

Winner -- Darius Leonard/South Carolina State: This one is open to interpretation, as it all depends on the type of linebacker you want: pass rusher or space defender? Leonard grew on me during the week, as he showed continual progress and was terrific in coverage. Unlike most college linebackers who faceguard most of the time, Leonard displayed defensive back-level ball skills. He easily ran with opposing tight ends or running backs both laterally and down the field, tracked the ball in the air and made good, clean pass breakups.

As a an off-ball linebacker playing for a small school in the MEAC (Mid-Eastern Athletic Conference), Leonard faces an uphill battle in the 2018 NFL Draft. When it comes to linebackers, teams want guys who have played at high levels of competition and specialize in rushing the passer.

However, Leonard got off to a good start by impressing at the Senior Bowl, and his ability to drop in coverage on tight ends and running backs is of increasing importance to defenses. Leonard excels in those areas and has upside as a blitzer, which will certainly help him. His next step in clawing his way up draft boards will come at the 2018 NFL Scouting Combine, where he will get the chance to show off his athleticism against bigger school prospects.

The New York Giants need to rebuild their linebacking corps, and specifically address their vulnerability to tight ends. They also need to add players who fit James Bettcher’s fluid and aggressive scheme, which calls for versatility in its defenders. A prospect line Leonard would certainly help in all of those areas, and could be an impressive value if he isn’t able to crack the second day of the draft.