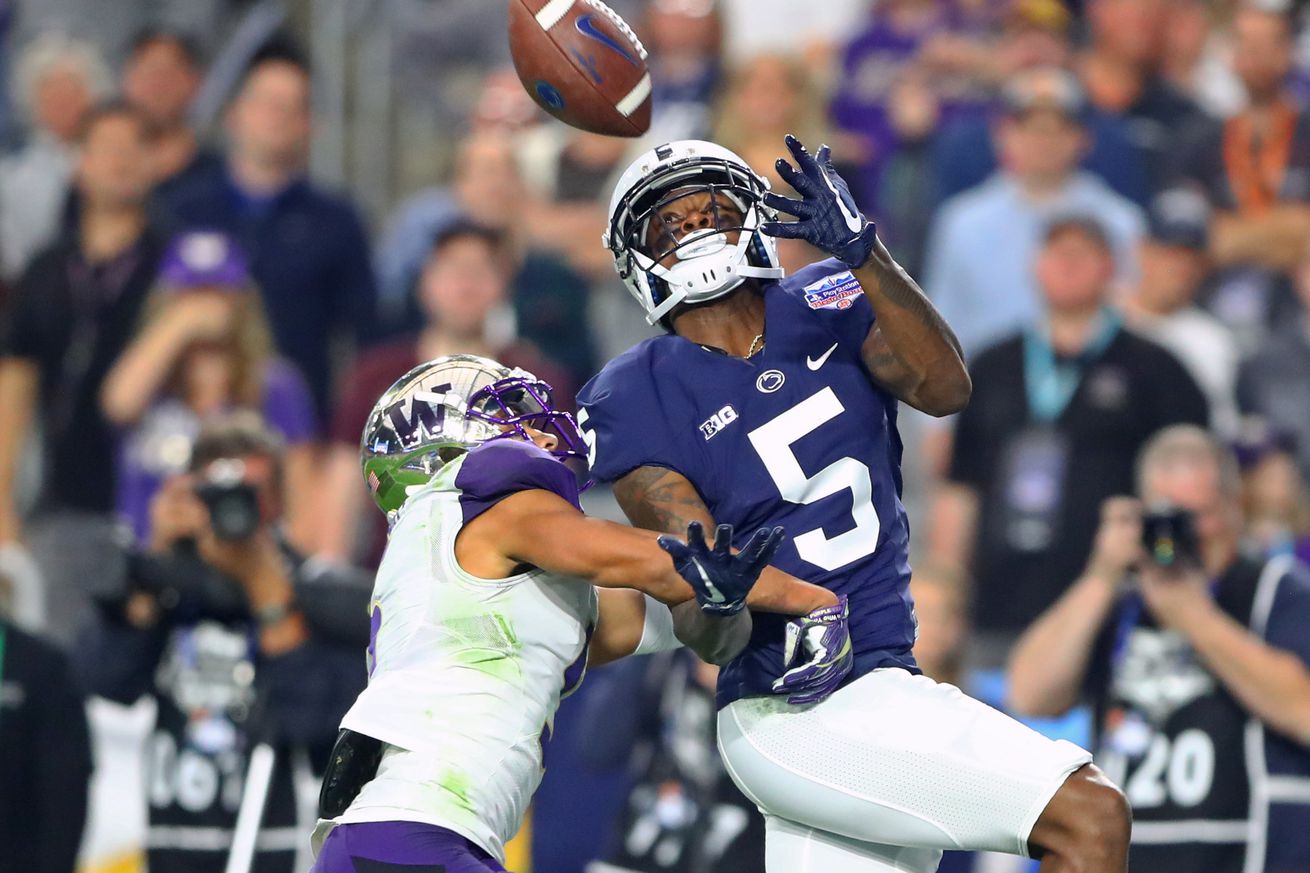 Could Penn State’s Hamilton shore up the Giants’ depth chart?

The New York Giants probably aren’t selecting a wide Receiver early in the 2018 NFL Draft. They were devastated by injuries at the position in 2017, but still boast an incredibly talented group of starters.

Instead, the Giants will likely need to address and add to their depth at the position. That could lead them to look at more under-the-radar prospects like Penn State’s DaeSean Hamilton.

What they’re saying about DaeSean Hamilton

I wrote about the buzz building around Hamilton in last evening’s notes, and he took it to another level this morning. Hamilton looked dominant in all facets during drills to start the day. He was tremendous in blocking drills, using his big body to annihilate defenders and open up lanes for screen passes. His route-running was incredibly impressive for a bigger receiver, and on several occasions he had defensive backs grasping at air as he left them in the dust. He also caught everything thrown in his direction. The only red flag is his lack of downfield speed, but Hamilton has definitely put his name in mid-round contention. From what I’ve witnessed, the New York Giants are very interested in the big receiver.

The Giants’ incredible rash of injuries at the Wide Receiver position badly exposed their depth at wide receiver. They don’t necessarily need to select a receiver highly and a player like Hamilton could be intriguing. He isn’t tall, but he is stoutly built and offers potential upside as a special teams player.

Watching Hamilton, he reminds me somewhat of a younger Victor Cruz. Not especially tall, but with a powerful thickness about him that gives him potential explosiveness even if he doesn’t have great long speed. He also shows a similar reliability and competitiveness. His hand size might be an issue for some teams (such as the Giants, who have long favored big hands), but they seem strong and sticky catching the ball.