Evan Engram: How he could fit in the Giants’ offense 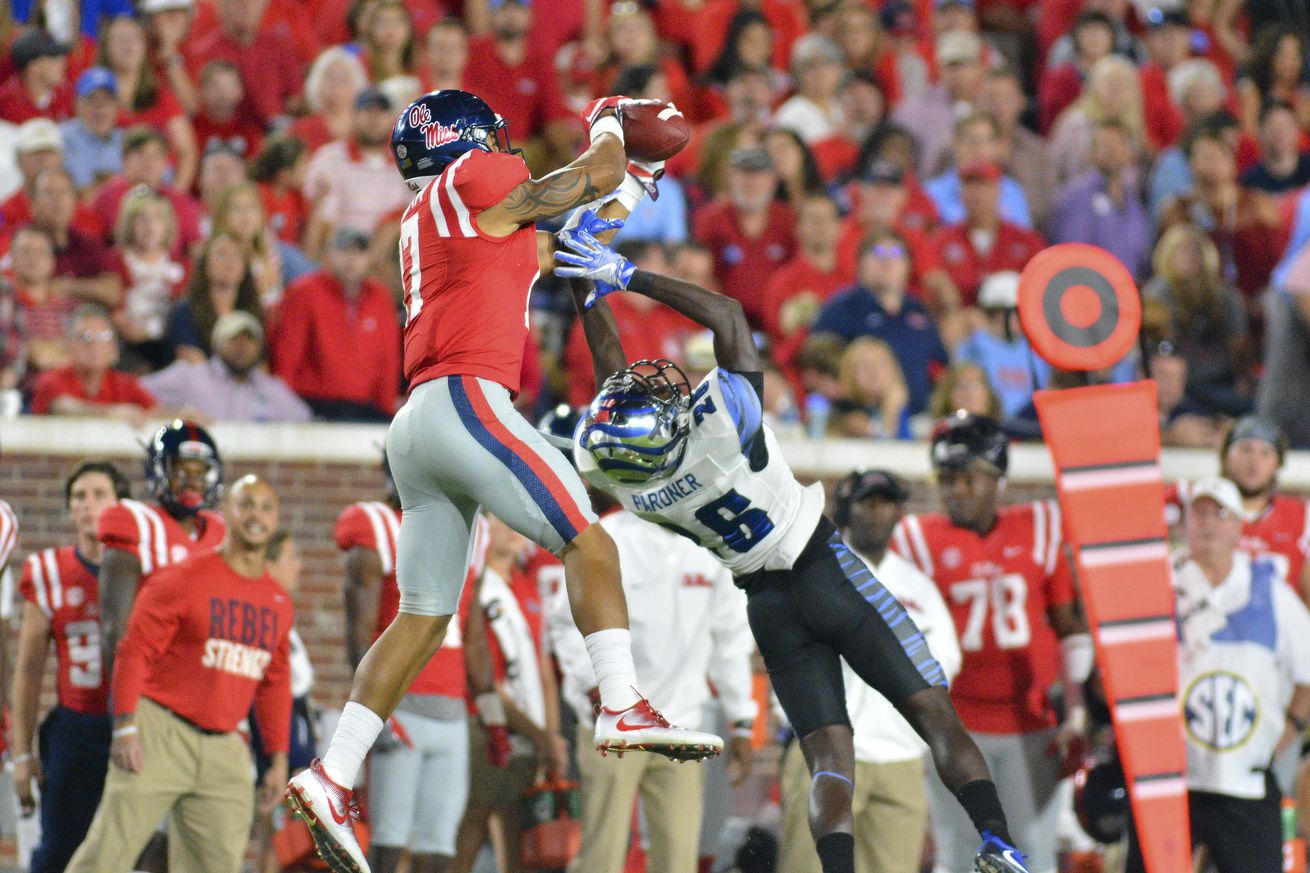 How might the Giants use their new offensive weapon?

Evan Engram is now a New York Giant. Its was one of the most surprising picks of the first round. The selection was a surprise to some, not so much for others. There’s a lot to be dissected with this pick, much of which has been done so already. One of the most interesting is how this shapes what the Giants are going to do on the Field schematically.

Not all advice is good advice
Q&A with Phil Yates: Shaping the Futu…
نصائح مهمة عند الاصلاح بين المتخاصمين
Is CBD Oil Good for Anxiety?
A Comparison of the Environmental Imp…

Engram is a unique type of player. He’s either a small Tight end or a big wide receiver. At first glance, Engram doesn’t really fit into the offense the Giants ran last year. But, that doesn’t mean the Giants have to fit him into the offense they ran last year. Especially since the results of that offense weren’t all that great -- 22nd in DVOA, 27th in yards per drive, and 27th in points per drive. This team should not be set on any one philosophy.

The identifier of the Ben McAdoo offense so far has been its reliance on 11 personnel (three wide receivers). The Giants have led the league in 11 personnel percentage in each of the past two seasons. During 2015, the Giants had three receivers on the field for 81 percent of the team’s offensive plays. Last season that shot up to 92 percent.

It’s hard to blame the Giants, too. The tight ends options weren’t very good and there was little reason to have more than one of them on the field at a time. Among 46 tight ends with at least 25 targets, Will Tye ranked 40th in DYAR and 42nd in DVOA. There were 32 tight ends who saw between 10 and 24 passes their way. Among those, Jerell Adams was 26th in DYAR and 25th in DVOA. Larry Donnell was 32nd and 30th.

There wasn’t much variance on where those tight ends lined up, either. Per Pro Football Focus charting, Giants tight ends spent 78.9 percent of the offensive plays in-line, 6.7 percent in the backfield, and 14.4 percent out wide or in the slot.

At Mississippi, Engram’s alignment was basically the opposite. He spent most of his time in the slot with a little time in the backfield and even less next to a tackle.

One option -- and probably the most likely -- is to cut back on the volume of 11 personnel plays. Engram could be used as a de facto third receiver on plays to allow Brandon Marshall, Sterling Shepard, and even Odell Beckham to get some rest. Last year, Beckham played the seventh-most offensive snaps in the league among wide receivers (1,002 -- 94.4 percent of team’s offensive snaps) and Shepard was ahead of him at sixth (1,005 -- 94.6 percent). The Giants were the only team in the league to have two receivers play at least 1,000 snaps and the only team to have two receivers each play at least 85 percent of the team’s snaps. Both of those players are young, but that’s a lot to ask of them.

Even Marshall played a significant role in the Jets’ offense last year, on the field for 86.4 percent of their offensive snaps, the 13th-highest percentage among wide receivers in the league. With Marshall now 33 years old, it’s unlikely he’ll be able to keep up that type of workload.

Running 12 personnel with Engram out of the slot would allow the Giants to keep the fundamentals of a three-receiver formation while having the mismatch of a tight end in the passing game and have another tight end -- likely free agent signing Rhett Ellison on most plays -- in to help out the offensive line to block. It’s technically upping the amount of two tight end sets while also keeping the spread of a three wide look. It’s probable the Giants see a sizable boost in snaps with 12 personnel -- just five percent last year -- while not compromising the receiving options on a given play.

It should also be kept in mind that Engram won’t be on the field for 100 percent of the Giants’ plays. He’ll rotate in, but there’s still going to be a tight end looks that include Ellison and Adams as blockers. Take Hunter Henry, while he was great for the Chargers in his rookie year -- fifth among tight ends in DYAR and fourth in DVOA -- he was on the field for just over half of San Diego’s snaps last season (53.8 percent). And just because Engram was picked, doesn’t mean the Giants are punting on the idea of a blocking tight end. However, when Engram is on the field he probably won’t be tasked with much blocking, but he’ll make up for that with how he can help stretch the defense.

During the post-draft conference call, Ben McAdoo noted the importance of having a threat in the middle of the field:

That’s something the Giants have been lacking and it’s where Engram thrives. Per PFF, Engram was first among this tight end class in receptions (44) and yards (685) from the slot. He also led the class in yards per route run. He’s big enough that he can outwork defensive backs and he’s fast enough to run past linebackers. He’s going to be a mismatch against most in the middle of the field.

Last year the Giants had the fourth-most passes thrown to the middle of the field, but were just 19th in average yards gained. Now the team has four receiving options who can be interchangeable on the outside and in the slot. They might not be on the field at the same time often -- the Giants ran just two percent of plays with four wide receivers on the field -- but they now have an element of deception and versatility they didn’t have before. The offense might technically look different, but there will still be a lot of the same elements and concepts as before.

Evan Engram: How he could fit in the Giants’ offense