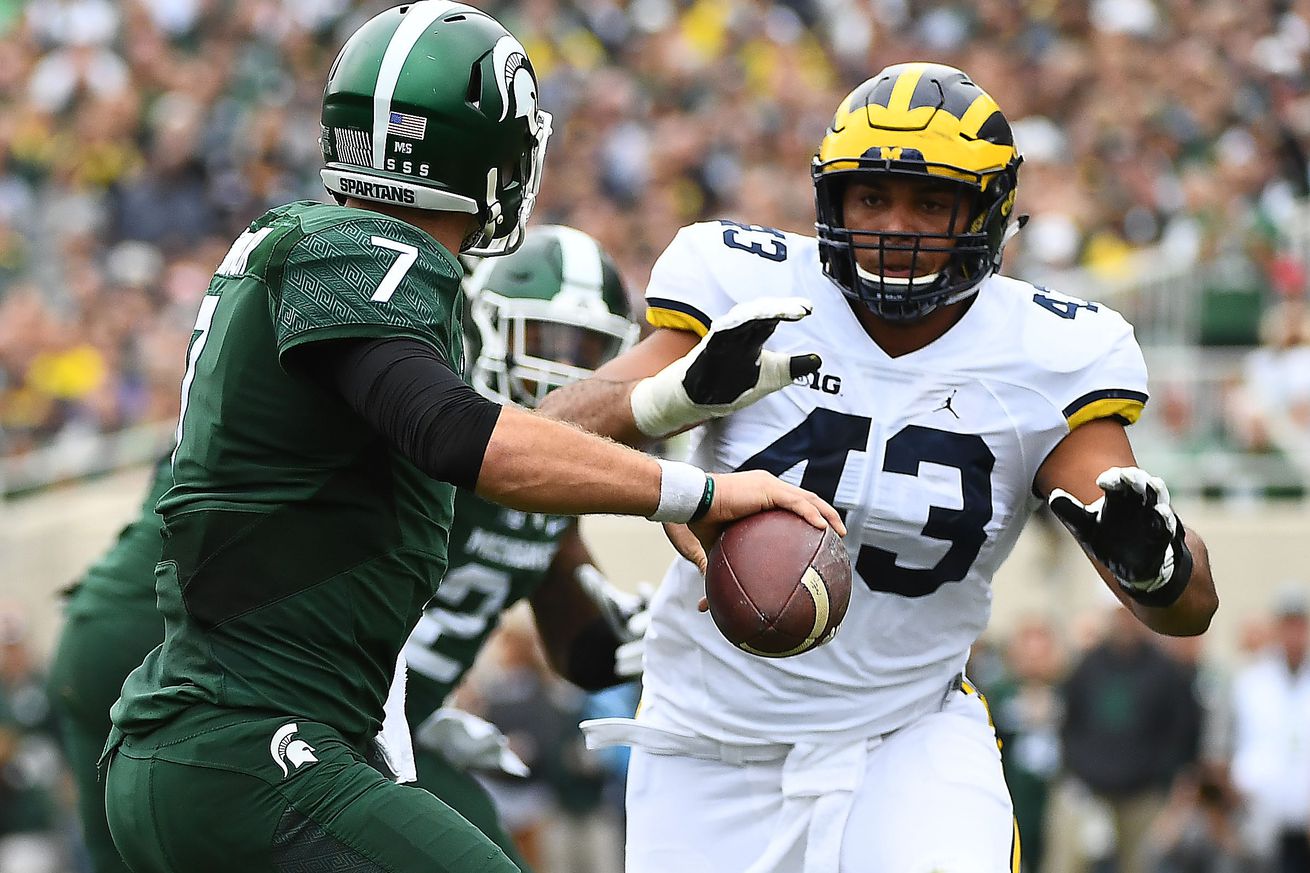 He does play a position of need

If you listen to any of Jerry Reese’s draft pressers (and if you haven’t I have you covered), then you know that the Giants “consider all options” and “will take the highest graded player on our board.” You will also understand that the Giants group players in “rows” and don’t do a numerical ranking. I imagine there are likely to be 32 players in the Giants first row, enough to allow them to make a pick regardless of where they end up in the first round.

Every year many are surprised by the Giants first-round pick, yet when the next draft rolls around we argue about how “this player has no chance of being there,” or the Giants “won’t take that guy” (imagine suggesting that at 10th overall last year the Giants were selecting Eli Apple — you could have started a brawl). That’s why every year I try to highlight a few out of the box players the Giants could be considering with their first-round pick that you just don't typically find in mock drafts anywhere.

Chris Wormley is one of those players. Another fact about the New York Giants draft is that despite what they say they will reach based on need, and right now there’s not much dispute that one of the biggest needs for the Giants is a starting defensive tackle.

Wormley checks all the boxes for the New York Giants and could be the cleanest defensive tackle in the draft. He has the requisite size at 6’5”, 300 pounds with 34 1/8-inch arm length and 10.5-inch hands.

An AFC scout says about Wormley:

"You can see the athleticism and talent with him but I just don't know that he's consistent enough. He has to make more plays instead of just flashing. His coordinator loves him though. Vouches for his football character, which is important."

Wormley was productive this past season (and has been a contributor for four seasons) with 8.5 tackles for loss and 5.5 sacks. He has high football character, he has athletic ability (though he didn’t test at the combine he ran a 4.86 40-yard dash at his pro-day. Good for 300 pounds). Chris Wormley is big, lengthy, productive, consistent, well-respected player for the Wolverines who fits what the Giants may consider their most immediate need. He’s a clean prospect, and while not an ideal pick at 23, if the players they perhaps covet more are gone, a reasonably safe selection.

Sounds like a New York Giants pick to me.