2017 Senior Bowl: Winners and losers from the week of practices 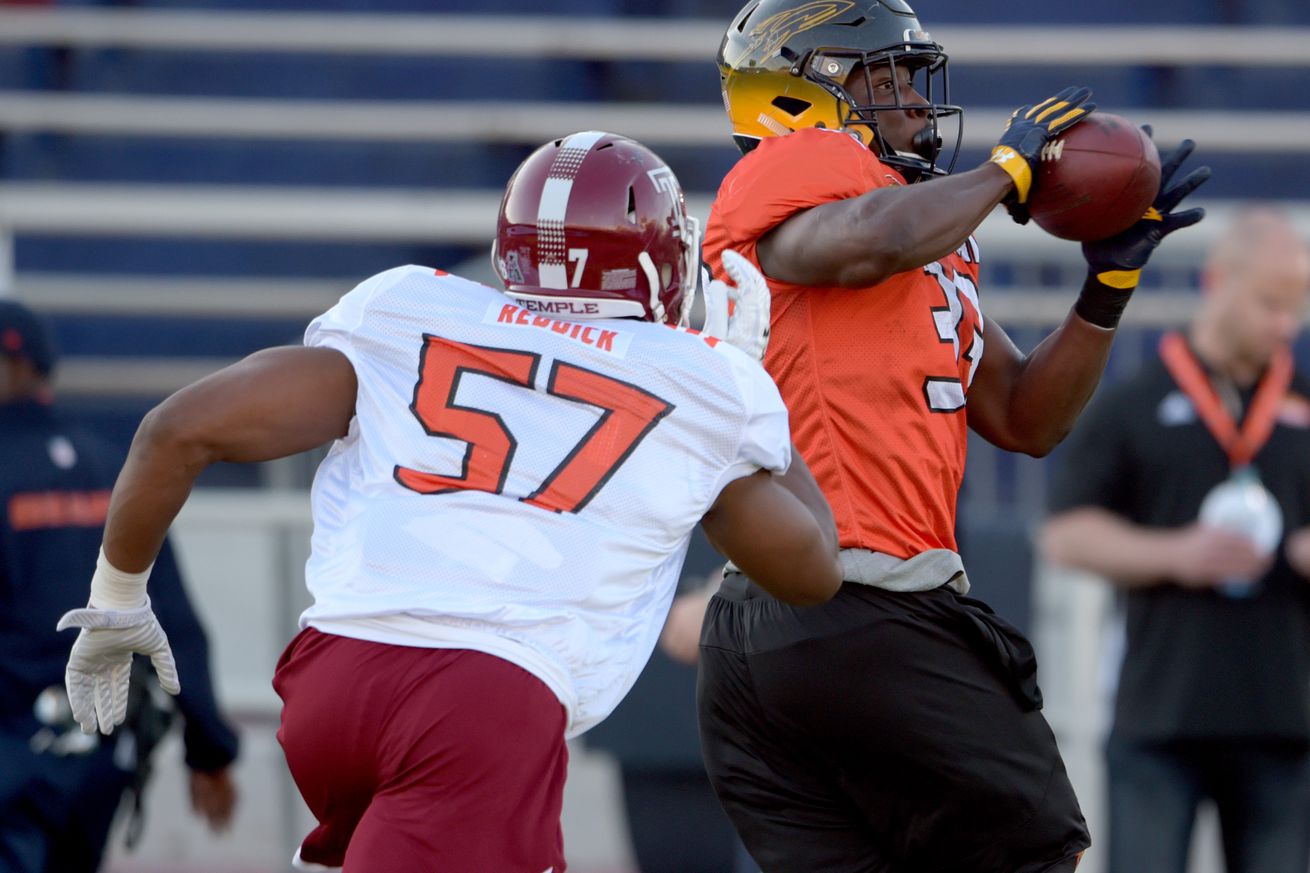 Who stood out in Senior Bowl practices this week?

When it comes to All-Star games, the game itself is relatively unimportant. More important is the week of practices leading up to the game. Which prospects stand out in one-on-one drills and scrimmages, which prospects take coaching and visibly improve, and which ones go the extra mile to compete is far more important to most NFL teams than their play on the field in the game.

Not all advice is good advice
طريقة عمل رز الريزو
Black And White Thinking: What It Is …
DSSSB TGT PGT Books And Study Materia…
Let’s Launch

It’s in these practices that prospects can start to solidify their draft stock, boost it and rise up draft boards, or — in some cases — see their stock slip. So, who made money this week, and which prospects fell short?

Haason Reddick (LB/EDGE, Temple) - Reddick started off the week with major questions about his size and position — made worse by being listed as an inside linebacker. He immediately started answering those questions and more by measuring taller and bigger than anticipated. Over the course of the week he Reportedly improved every day as an off-ball linebacker while still being dynamic as an edge rusher. Some have said he could be a first-round pick.

Cooper Kupp (WR, Eastern Washington) - After a college career that saw him obliterate FCS receiving records, Kupp still needed to show up and prove that he is every bit as good as the big-school receivers. He did that this week, with observers raving about his sharp routes, apparent ability to separate from defensive backs at will, and sticky hands. Kupp emerged as one of the stars of the North practices.

Isaiah Jones (WR, Eastern Carolina) - Another smaller school receiver who had to make a name for himself this week, Jones showed the ability to run the entire route tree well, and the body control to make difficult grabs.

Corey Clement (RB, Wisconsin) - Regarded by scouts as a one-note runner at Wisconsin, only able to run straight ahead at full speed, too often into the line of scrimmage. But in practice he reportedly showed off “three-down” ability with good running, pass protection, and receiving. In a crowded running back class, that versatility is important.

Michael Roberts (TE, Toledo) - Roberts first started making a name for himself at the Shrine Game with his gargantuan 11 5/8-inch hands, but in practices he has drawn praise for his ability to catch the ball, block, and for having “surprising” athleticism.

Obi Melifonwu (S, UConn) - The big, tall safety drew scouts at weigh-ins with his 6-foot-4, 219-pound frame, but it was his range and fluidity of movement on the field that drew praise this week. The Chicago Bears’ coaching staff used him as a free safety, and he played the position well, reportedly high-pointing the ball like a wide receiver. Some have speculated that he could be a fringe first-round pick, even in this loaded DB class.

Dan Feeney (OG, Indiana) - The name on everybody’s lips coming into the week was Forrest Lamp, but Feeney has been called the most dominant blocker in either practice. He was reportedly only beaten once in three practices and often finished off defenders with ease.

Antonio Garcia (OT, Troy) - Garcia was a little-known tackle from a smaller school at the start of the week, and looked a bit overwhelmed to start the week. However, he reportedly got better every day, shutting down defenders by the third practice with impressive footwork and hand usage. [Prospect Profile]

Montravius Adams (DT, Auburn) - Adams started out the week with disappointing arm length (31 7/8 ninches and hand size (9 1⁄4 inches), but on the field he was dominant. Observers noted that he was explosive off the line and a “man amongst boys” when he kept his pad level down.

Evan Engram (TE, Ole Miss) - Engram entered the week considered a “hybrid” tight end, too small to have traditional TE duties. He weighed in bigger than expected and showed surprising strength as a blocker, even when used in-line, while still showing off his trademark athleticism and receiving ability. [Prospect Interview]

O.J. Howard (TE, Alabama) - Howard was considered the top prospect to attend the Senior Bowl, and only solidified that standing this week. He measured well, performed better than expected in receiving drills, and reportedly stood out in interviews. Some believe he could now be a top-20 pick. [Prospect Interview]

Desmond King (DB, Iowa) - King has been regarded as one of the top defensive backs in the draft, but a lack of athleticism is reportedly causing some teams to view him as a “safety only” at the next level.

Kyle Fuller (OL, Baylor) - Apparently there is more to being an offensive lineman than having long arms (34 inches) and big hands (10 inches). Fuller measured well at weigh-ins, but he reportedly struggled each day of practices.

Jeremy Sprinkle (TE, Arkansas) - Sprinkle looked like a prototypical NFL tight end in weigh-ins, but reportedly failed to live up to that on the field. Observers noted that he was sluggish, the least athletic TE on the property, and inconsistent.

Zach Banner (OT, USC) - Despite being the most massive prospect at the Senior Bowl at 6-8, 361 pounds, Banner didn’t play as big. Though he occasionally dominated defenders, more often observers noted bad habits which led to him getting beat and struggling throughout the week.

Barry Shuck is at the Senior Bowl this week gathering interviews and providing live coverage for Giants fans.

2017 Senior Bowl: Winners and losers from the week of practices