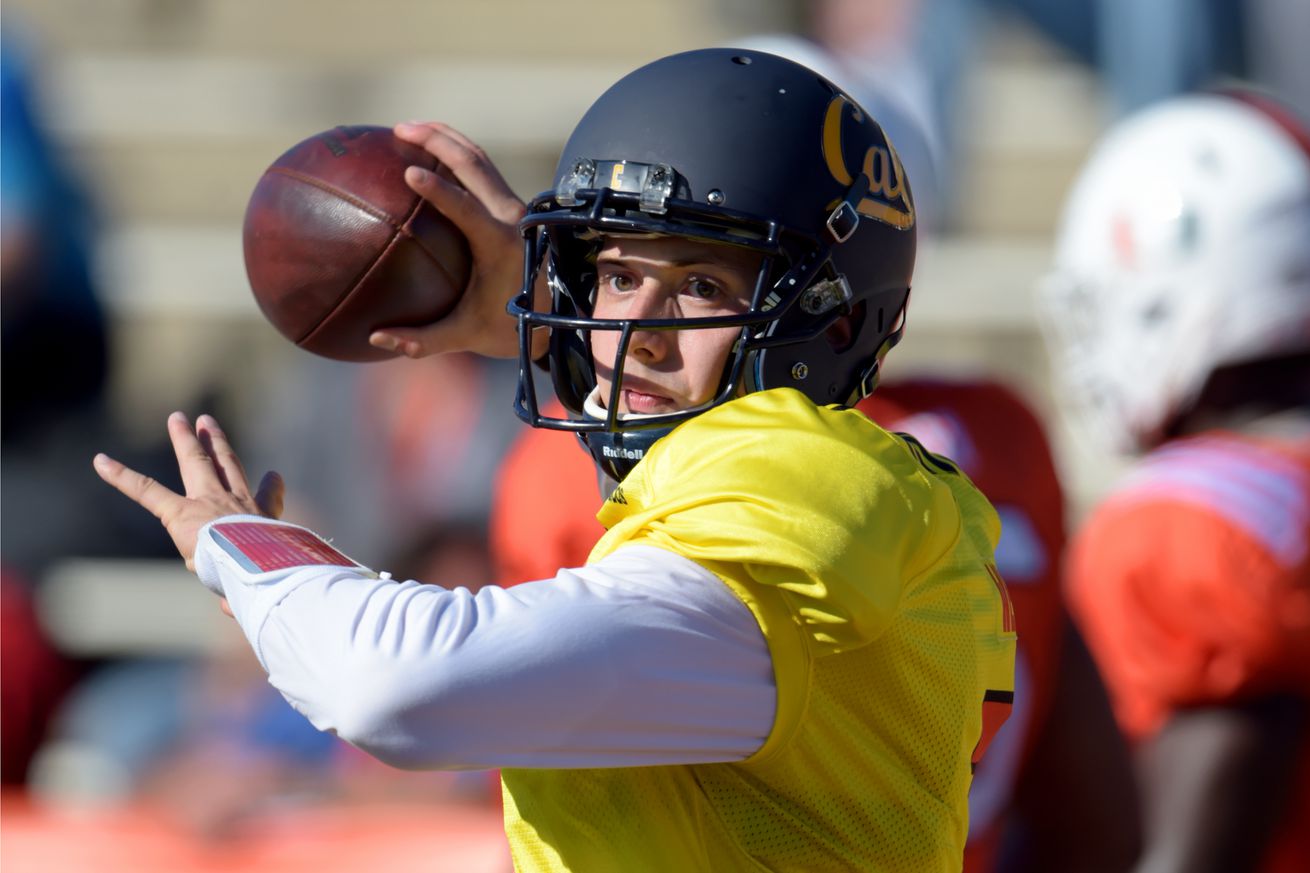 Could the QB from Texas Tech and Cal be the Giants’ next quarterback?

As time marches on the New York Giants, and general manager Jerry Reese in particular, find themselves in uncharted territory. While Eli Manning is entrenched as their starting quarterback, his principle back-up (Ryan Nassib) could depart via free agency, the the potential exists that if the Giants draft a replacement, he could be their next franchise QB.

The Giants are unlikely to spend a high-round draft pick on a quarterback, but there are several intriguing options that could be available later in the draft. One is the Cal Golden Bear’s Davis Webb.

Does He Fit With The Giants?

If the Giants are going to be drafting a quarterback with an eye toward the future, Webb is the kind of QB at which they should be looking. He has all the physical skills needed to be an NFL quarterback, though his inconsistent accuracy is concerning.

At this point Webb is not ready to play on the NFL stage, but his potential is outstanding, and for a team with the time to mold him into a “Pro” quarterback, the payoff could be high. All that, along with plus intangibles, works well for the Giants.

Despite being a four-year starter at two different universities, Davis Webb isn’t a finished product yet. He doesn’t yet know how to command a huddle, call plays, make checks, or call protections at the line of scrimmage. Playing in an NFL offense is completely foreign to him, even down to the mechanics of taking a snap from under center and executing a three, five, or seven-step drop. However, he has all the physical tools a team could reasonably ask for, and reportedly has a high football IQ

He also -- reportedly -- has impressive intangibles. He is a coach’s son and has a reputation as a quick study who loves the game of football, and those around him rave about his leadership. He was only on campus at Cal a short while (weeks) before being voted team captain by the other players.

Webb checks many of the “Wilson/Prescott” boxes for a later-round pick who could potentially pay off handsomely at quarterback. Manning’schief backup will likely be a veteran such as Josh Johnson, but drafting a QB like Webb to develop and potentially succeed Manning isn’t a bad idea.