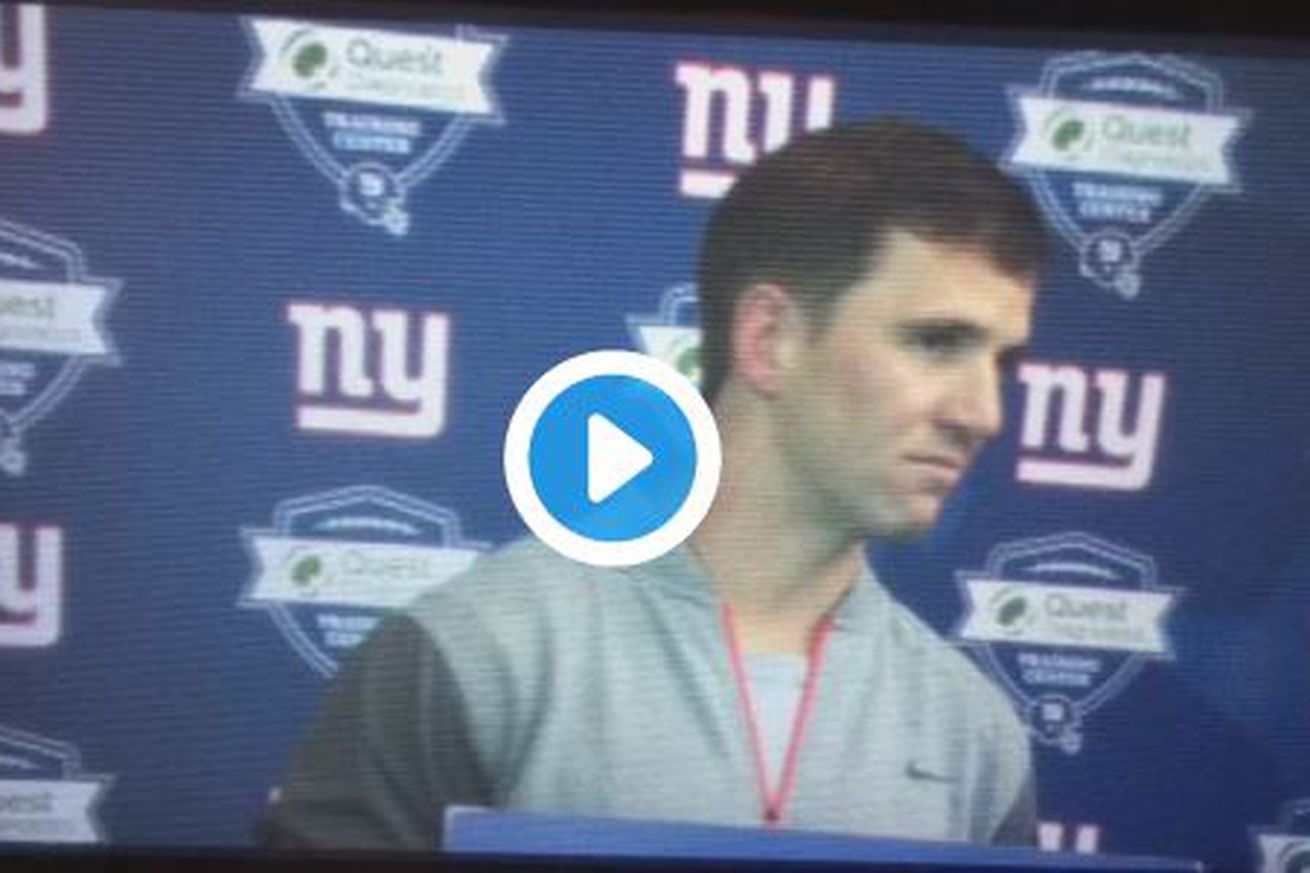 Now, let’s get on to talking about the game

Eli on his wide receivers' trip to Miami on their off day. pic.twitter.com/wgHjUx8fBX

New York Giants’ quarterback Eli Manning buried the whole “wide receivers party in Miami with Justin Bieber” story on Tuesday as only he can. With a day, Mann-esque sense of humor.

Manning: "I keep telling people I'm the one who took the (boat) picture. (The WRs) didn't want me to take my shirt off"-GM

More Rashad: "Everything’s different if somebody doesn’t show up for work. They were bright-eyed, ready to go, having fun, perfect.''

One more from Rashad Jennings about WRs going to Miami: ''That’s old news man, that’s just something for click bait.''

So, click bait or not, let’s put an end to that and get on to worrying about Sunday’s playoff game with the Green Bay Packers.