Giants vs. Lions: Time with Giants running out for Victor Cruz? 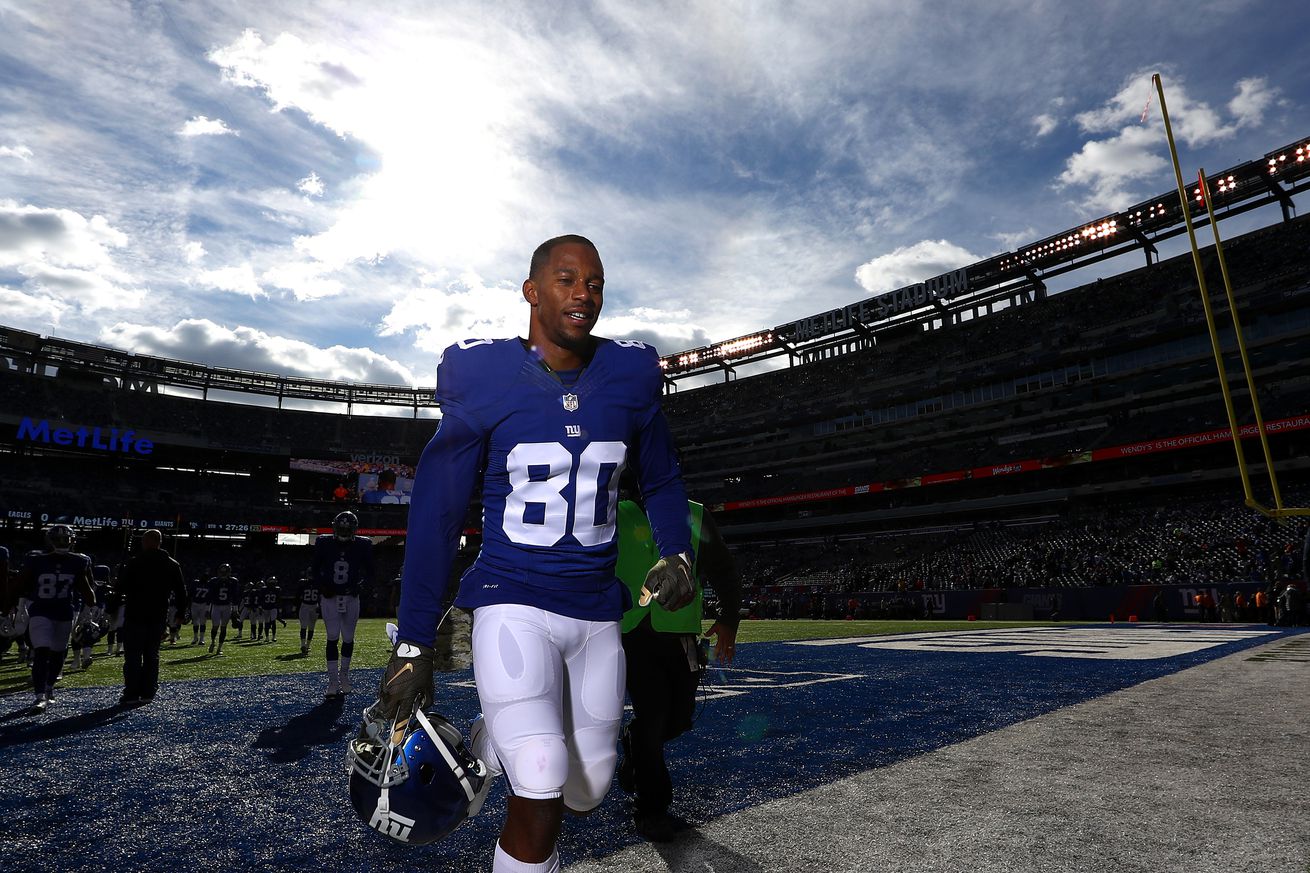 In his comeback season, Victor Cruz has yet to author a trademark salsa dance in front of New York Giants fans at MetLife Stadium. Sunday against the Detroit Lions, in the final home game of 2016, Cruz gets one final opportunity. It may, in fact, end up being his final chance to play at MetLife as a member of the Giants.

Russia: The hub of the Secret Crypto …
How To Get From Lima To Cusco Peru {T…
Artist Alexandra Kehayoglou Natural L…
EL PASO/DAYTON MASS SHOOTINGS - Broug…
The windshield is bigger than the rea…

Cruz’s comeback after missing 26 games with patella tendon and calf injuries began in storybook fashion, with a game-winning 3-yard touchdown catch in the season opener vs. the Dallas Cowboys in Arlington, Tx.

It has not, however, been a storybook season for the 30-year-old. As the season has progressed, Cruz’s role in the Giants’ offense has been diminished. He played full time through the first half of the season, including 100 percent of the Giants’ offensive snaps in Weeks 4 thru 6. In his last six games, though, Cruz has seen his playing time diminish. He has lost snaps to rookie wide receiver Roger Lewis Jr., and to rookie tight end Jerell Adams when the Giants have gone with a two-tight end set.

On the season, Cruz has played 73 percent of the offensive snaps, with Odell Beckham Jr, playing 96 percent and Sterling Shepard 94 percent. It has become obvious that Cruz is the third wheel in the three-wide receiver package coach Ben McAdoo overwhelmingly favors.

Cruz is now fifth on the Giants in receptions with only 28 in 12 games played. Cruz missed the Week 10 game against the Cincinnati Bengals with a groin injury. Since returning, he has only three receptions on 11 targets in four games. He has not caught more than one pass in a game since Week 7.

“Obviously as an athlete and as a competitor you want the ball as much as you can, especially when you feel like you are getting open in certain scenarios and certain areas,” Cruz said this week. “But like I said, you just have to be a professional and understand that some balls are going to come your way and some aren’t and you just have to take it in stride.”

It’s possible that Cruz’s stride, or more likely a shove from the Giants, will send Cruz somewhere other than East Rutherford after the season. The Giants would owe Cruz $9.4 million if he were on the roster next season, and would only take a $1.9 million cap hit should they choose to cut him.

At the least, they will ask Cruz to renegotiate his contract to stay. They could well decide to move on and look for a bigger, more natural outside receiver to complement Beckham and Shepard. Both of those players thrive inside, a spot that used to be Cruz’s domain, forcing him to function on the outside, where his lack of size is a disadvantage.

Before that happens, though, Cruz is still hoping to have an impact on the Giants this season.

“I hope so. I am there, I am waiting for the opportunity,” he said. “I am just being exactly where I need to be and controlling what I can control and that is being in the right spot and the right position for Eli to hit me whenever he sees fit, so that is really all I can do.”

As for that salsa, Cruz would love to have at least one more shot at it in front of Giants’ fans. Here is what he said about dancing at home last week before the game at MetLife against the Dallas Cowboys:

“Like you wouldn’t believe, man. I want to salsa dance every game. I want to get in that end zone as much as possible, but to get one at home would be that much sweeter as we go down the stretch here. But I just want to get the ball in my hands and getting into the end zone is part of it.”

Giants vs. Lions: Time with Giants running out for Victor Cruz?