Giants vs. Lions: CB Darius Slay a standout for Detroit 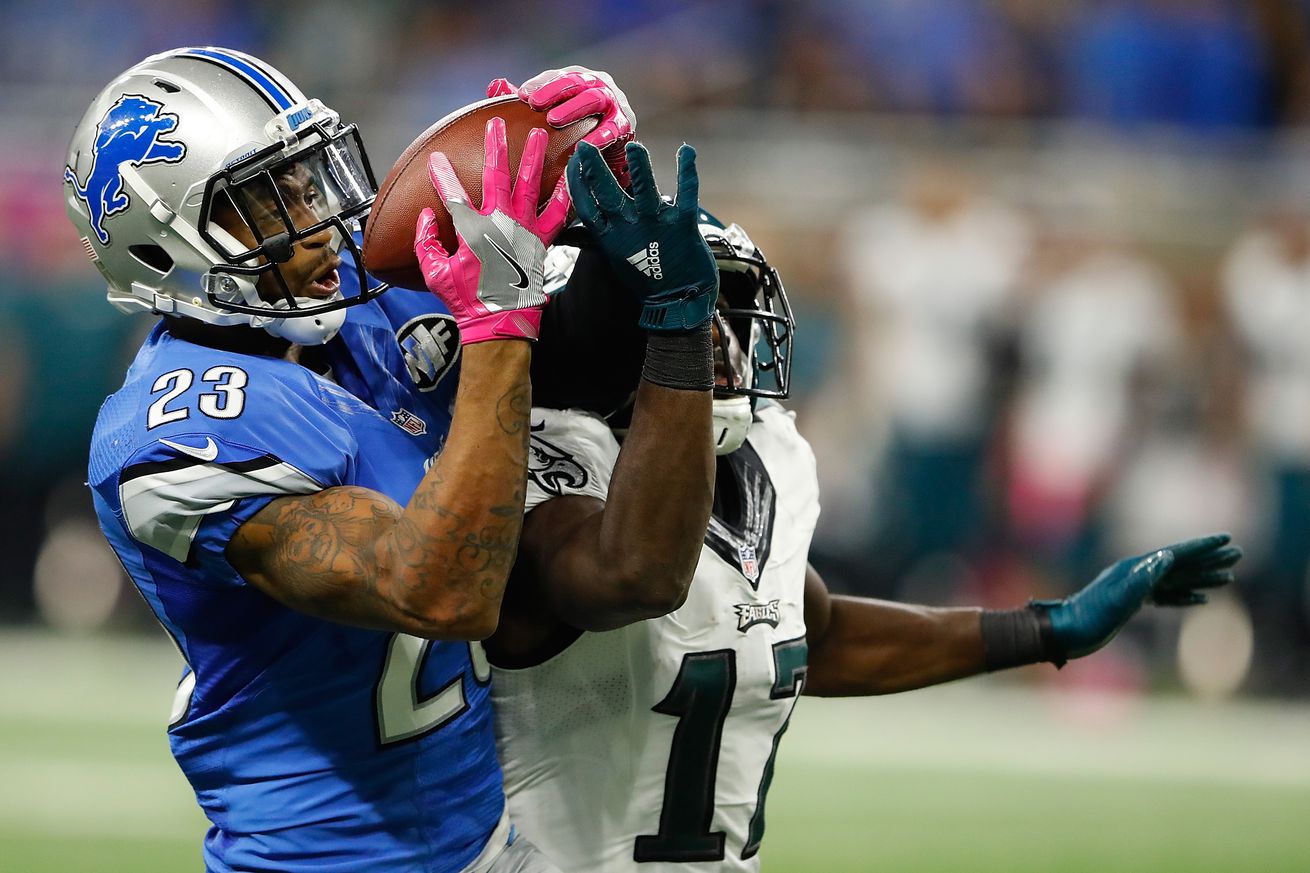 There’s no secret how the Detroit Lions have been winning games this season. Most of the production has come from the offensive side of the ball. The Lions, currently the No. 2 seed in the NFC, might be the most unbalanced team heading into the playoffs. Per Football Outsiders’ DVOA, the Lions are 13th on offense, but 31st on defense with only the Cleveland Browns worse on that side of the ball.

‘The Angry Cabbage’. A Vegetable Rese…
Cardano Foundation Launches AdaPay
The Ultimate Winter Bucket List Accor…
How To Get From Lima To Cusco Peru {T…
LuxVite Uses Nanoemulsion to Improve …

There are some bright spots on the Lions’ defense, like defensive end Kerry Hyder, who has broken through as a dominant Pass rusher this season. But the best player on the defensive side of the ball for Detroit has been cornerback Darius Slay. While the Lions are 31st in defensive DVOA and 30th against the pass, they’re 10th defending opposing No. 1 receivers. Much of that responsibility falls on the 25-year-old Slay.

In the offseason, the 2013 second-round pick was given a four-year/$48.2 million extension with the Lions with $23.1 million guaranteed. That guarantee was the 12th-highest for a cornerback and Slay have lived up to those numbers so far in 2016. Despite missing two games with a hamstring injury. Slay has been one of the league’s best cornerbacks this season.

By Sports Info Solutions charting data from Football Outsiders, Slay ranks ninth among 92 corners thrown to at least 30 times in yards allowed per pass attempt at 5.4. Among those same corners, Slay ranks 12th in Success Rate at 61 percent. There’s only five corners in the league better than Slay in both categories -- Terence Newman, Aqib Talib, Chris Harris, A.J. Bouye, and Dominique Rodgers-Cromartie. Four of those five corners belong to top five team pass defenses by DVOA. Bouye’s Texans are the worst of the group at No. 12. Slay has been doing this as a standout on one of the league’s worst pass defenses.

The Lions are playing coy with how Slay will be used against the Giants on Sunday, even though he’s usually tasked with defending the opponent’s No. 1 target. “Who said [Slay’s] matching up with Odell?” Lions defensive coordinator Teryl Austin joked with reporters during the week when talking with reporters this week about the matchup. But he did bring up points that routinely come up when talking about outside cornerbacks shadowing opposing No. 1 receivers. “Well, you throw other people out of position if you do that because Beckham lines up all over the place. He doesn’t just line up outside. He lines up inside, outside, moves left, right. So that would require somebody learning a lot of different positions.”

Slay does not typically play the slot and the Giants have been moving Beckham inside more as the season has gone on, opposed to the start of the season when Sterling Shepard played almost all of the snaps there. But we’re still likely to see a good amount of Slay against Beckham on Sunday afternoon and it should be one of the better matchups of the year.

One of the things that makes Slay such a great cover corner is his ability to hang with athletic receivers in their routes. Against the New Orleans Saints, Slay lined up against rookie receiver Michael Thomas (bottom of screen). He played well off the line to account for Thomas’s speed, but stayed in a position to watch both the quarterback and the receiver. When Thomas broke inside, Slay was able to quickly stay with Thomas on the route and get a hand in front of the pass for a deflection. Slay has 13 pass breakups on the season, which is tied for 13th in the league and more impressive when factoring in his two games missed this season.

Slay also has the ability to hang with receivers after pressing and playing physical off the line. Against the Chicago Bears in Week 14, he pressed against Josh Bellamy off the line. Now with all the respect to Bellamy, he’s not in the top-tier of receiver talent in the NFL, but this was arguably the biggest play of the game. It was fourth-and-11 with 19 seconds remaining from Detroit’s 44 and the Bears down by three points. Chicago had already driven 31 yards down the field and was threatening to get into field goal range.

Off the line, Slay played close to Bellamy and never allowed him to get leverage in the route. When Bellamy broke to the middle of the field, Slay remained underneath and was able to get himself into position for a deflection that sealed the game for the Lions.

It’s not realistic for cornerbacks to stop every pass against them from being completed, but the best corners limit the damage on the completed passes. That’s what the Success Rate stat measures and Slay is one of the better players in the league at limited the damage on completions. He’s a pretty steady tackler -- he’s missed four tackles this season -- and he allows an average of just 1.3 yards after the catch, which ranks 19th among those 82 corners.

He typically can keep gains to a minimum by recognizing the play and getting himself into good enough position to make a stop. Here against the Indianapolis Colts, Andrew Luck threw a quick pass to T.Y. Hilton on the outside. Slay saw the pass and closed in on Hilton before any blocking was able to get down the field to open up a hole for Hilton.

It’s not just Slay’s physical ability that’s propelled his play this season. He also has a great mental grasp of not only what he believes his receiver is going to do, but what route combinations come with it, and what the other defenders are doing. Against the Minnesota Vikings on Thanksgiving, Slay had the interception that put the Lions in range to kick the game-winning field goal late in the fourth quarter. It all came from his read of the play.

Slay lined up on the outside, but at the snap kept his eyes on the quarterback. Knowing he had safety help over the top to pick up the outside receiver, Slay broke and jumped in front of Adam Thielen to pick off Sam Bradford’s pass, which eventually handed Detroit the win.

There’s no question Slay has been one of the best corners in the league this season, but Beckham does appear to be the toughest matchup the Lions have seen at receiver. If it follows the trend of any Lions or Giants games this season, the matchup could be a close one.

Giants vs. Lions: CB Darius Slay a standout for Detroit