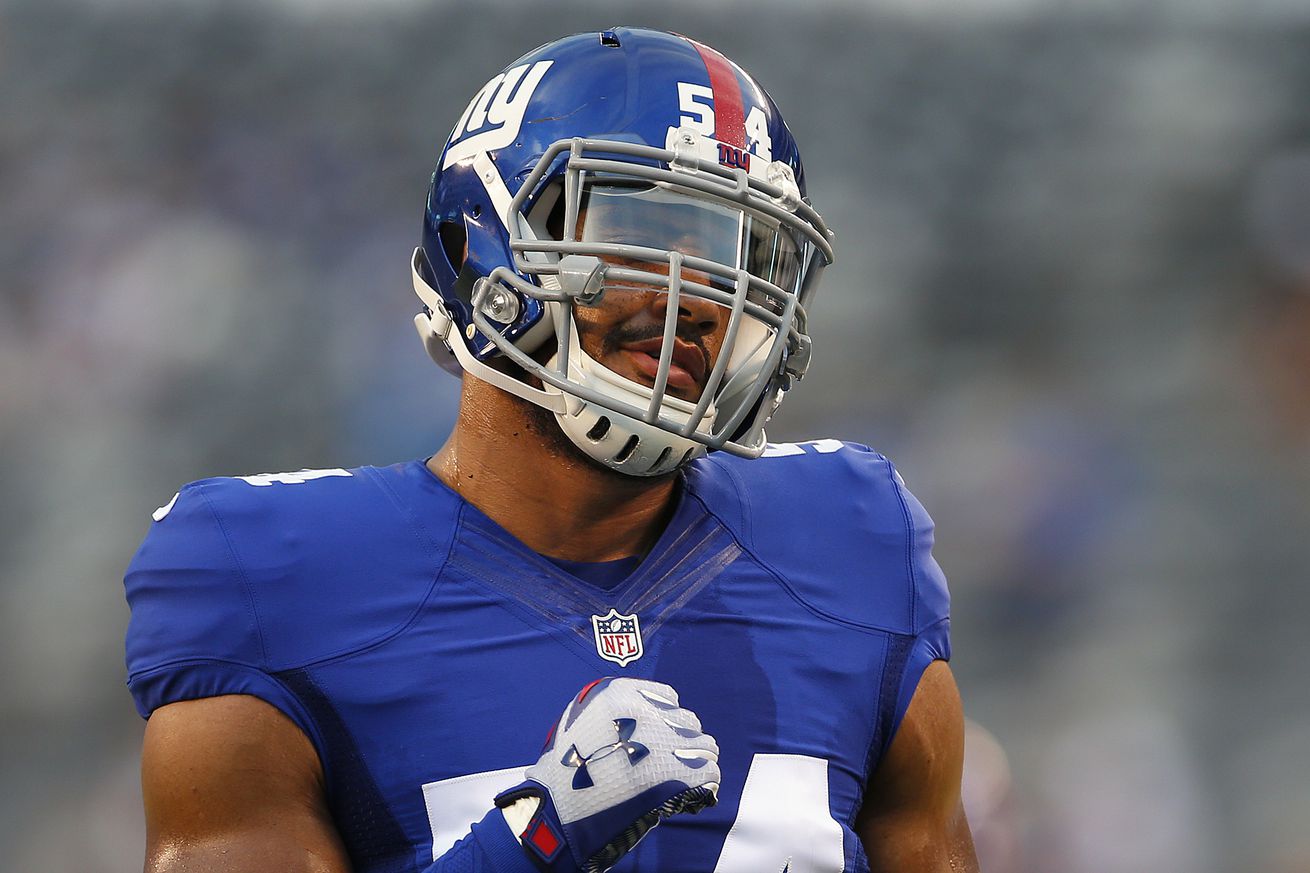 With Jason Pierre-Paul out of the lineup, there will be more pressure on, and more attention paid to, defensive end Olivier Vernon. Thursday, Vernon deflected talk about him needing to do more to help the defense.

“We just have to go out there and play,” Vernon said. “There’s going to be obstacles out there. You just have to go out and play. Do what you have to do. Hopefully, the other guys are going to come in and step up. Make the plays like they have to. I know they are. Nobody is really losing any type of confidence right now. We’re just sticking to it. We have the Dallas Cowboys this Sunday and we’re ready to play.”

“What Odell does not understand… he looks at it that his value is only tied into catching and touchdowns. He doesn’t understand that sometimes his job is to be a decoy, to clean out or vacate an area that another receiver is going to come into.

Sometimes it’s about knocking guys off on a long running play. Sometimes long running plays happen because the receiver is blocking downfield. But in Odell’s mind, his only value to the Giants can be if he’s catching passes and scoring touchdowns. So when he’s not doing that, he sees that [as] ‘what am I really doing out here?’

That’s the biggest thing for him, and what teams are trying to do … is eliminate him early. Because the longer he goes without a catch, the more the frustration starts to build.”

"Absolutely. I think there's a specific mindset that comes with supporting a guy like Donald Trump and supporting what he stands for and there's a certain type of person that comes with that," Cruz said. "I'm not sure that person is always a positive-minded person, if you know what I mean. You've just got to be careful.

“Just from being in that locker room before (in my career), I think one thing they’re truly missing is that guy or those guys that can light a fire under people,” the two-time Super Bowl winner told the Daily News in a phone interview Wednesday night. “They’re talented. I know the players on that roster. It’s a super-talented group of guys. I don’t know, maybe they need a wake-up call? I don’t know if that’s the right word. It’s something off where I don’t feel like this team is headed in the right direction for this season.”