Post-game reaction: What Giants are saying after fourth straight victory 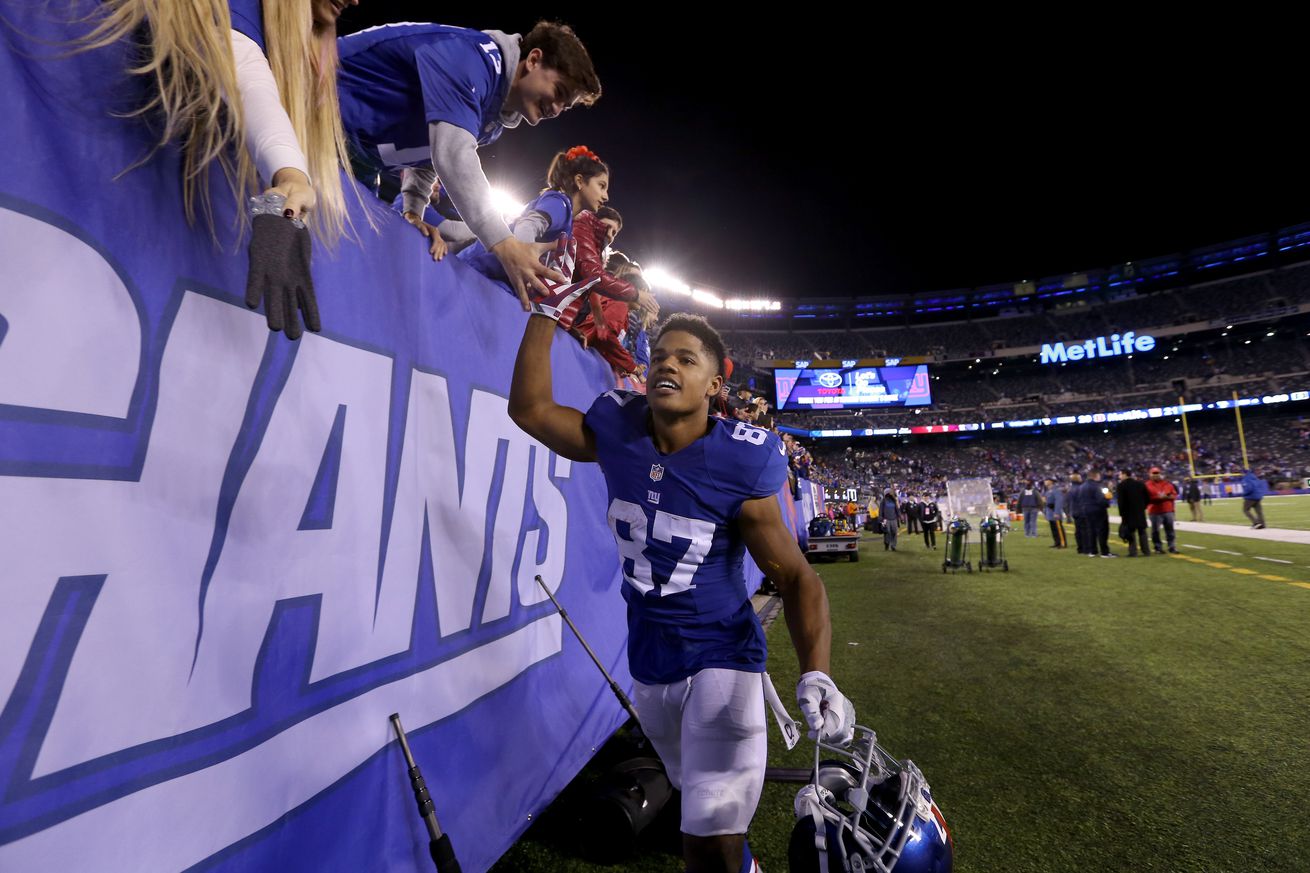 The Giants got to win the game on their terms, what are they saying after the game is over?

It came down to the closing minutes, but the New York Giants managed to win the game. They didn’t consistently execute, there were mistakes and miscommunications, but McAdoo’s aggression and confidence lead the Giants to the win.

First came his aggression on a fourth and goal from the Bengals’ three yard line. Eli Manning said after the game that McAdoo told him that they would be using all four downs.

“We were going for it.” McAdoo said, explaining “We knew it was going to take touchdowns to beat this team, it's a good football team and we felt like we needed to score touchdowns.”

The head coach’s confidence in his team, enough to be aggressive with the game on the line and fly in the face of convention, resonated in the locker room.

“Oh, that is huge” Rashad Jennings said, “we kind of knew and understood what the possibility might be a four down territory so we had a game plan for it. We started them up in the red zone and we knew what match-ups we could possibly get and we got to the play and the line did a good job of holding and keeping Eli clean. Execution is everything. Everyone has a good game plan. It comes down to guys making plays. Hats off to them. That’s a good team. It feels good to be able to close at home.“

Star wide receiver Odell Beckham agreed with Jennings. “I think it is just knowing the situation at hand” he said. “He gives us another opportunity to get another play on offense; we have got to do it. It is not to do it for us; it is to do it for our defense. It is just something that needs to be done. We came up big on a couple of them today, so I don’t mind him going for it at all.“

Sterling Shepard added, “It just says that coach has a lot of trust in the offense. Just trusts us on executing plays. That’s what we did.”

“It was funny.” Shepard said of the play, “Eli and I talked about it just yesterday. We were talking about that exact same play. He was telling me different looks on what to do. The first look that we talked about, that was exactly what I saw. I’m just happy I have a smart quarterback in Eli.”

Impressively, despite how fast the game is in those situations, Manning still had the poise to go through his progression.

“I knew I had a possibility,” Shepard said when asked if he knew the ball was coming to him. “I’m not the first read on that one but I knew there was a possibility that I was going to get that.”

That final down touchdown might have been one of the most important plays of the season, and perhaps fittingly, it was a rookie who made it. But sometimes it’s easy to forget that Shepard is a rookie. So often he carries himself as a professional and a veteran, that when he has a rookie moment, it’s jarring. “Yes. I had to get that back,” he said. “I dropped that third down, which I don’t usually drop. I love third down. I blew that one. I was trying to make a move before I caught the ball. I knew I had to get that one back and get in the end zone.”

Finally, McAdoo had the confidence to put the game in the offense’s hands with just three minutes left after a great defensive stand.

“Yeah. I wish we could have scored and made it 28-20,” Beckham added. “We had three opportunities to put it in the end zone and we came up short, so that is just another step to take as an offense. Don’t put your defense back on the field, three, four times in a row. In the fourth quarter, anything can happen, this is the NFL; the other team is great, too, so just finding ways to close it out on the offensive end.”

Post-game reaction: What Giants are saying after fourth straight victory