The Splash Zone 5/11/16: Contract Status Of The Dolphin's Rookie Class 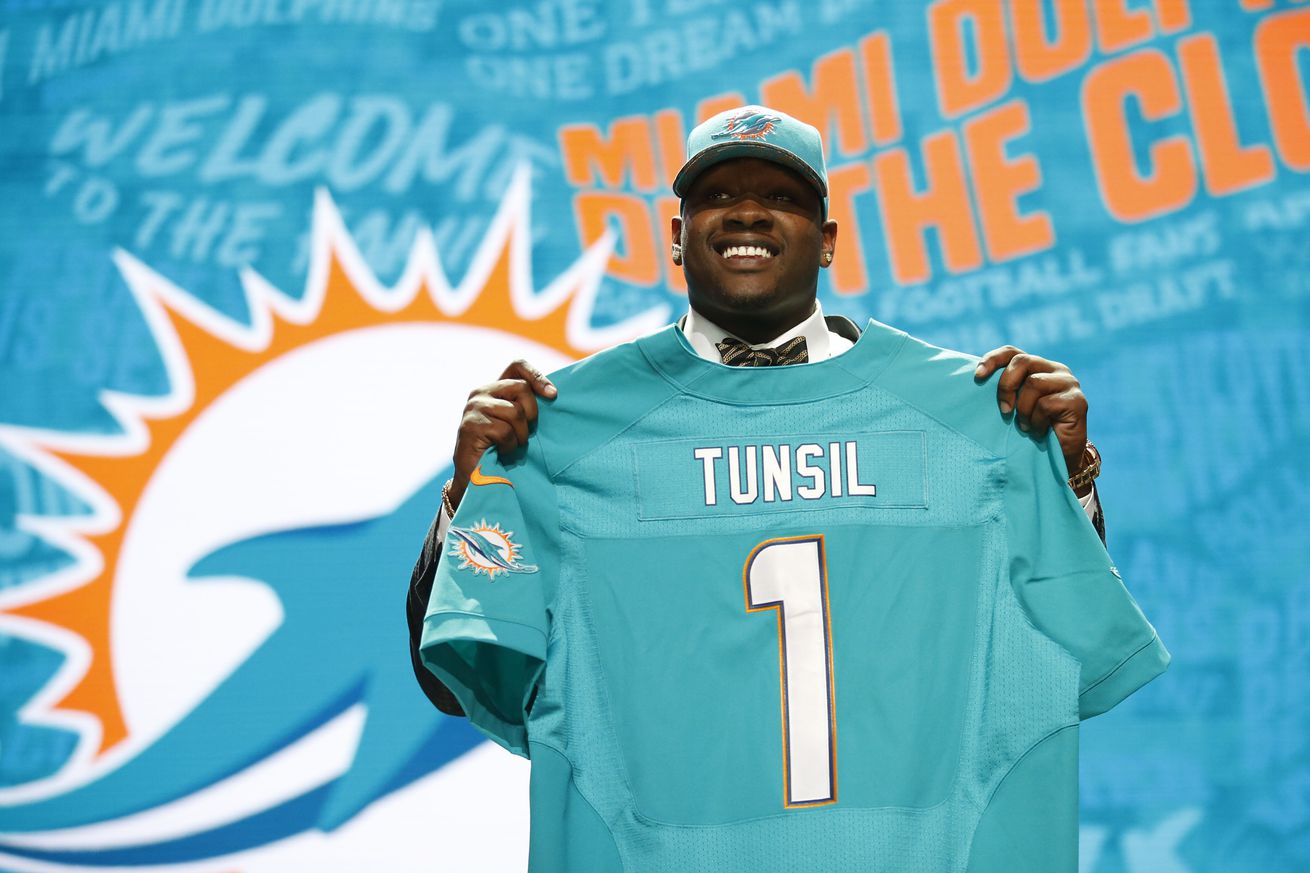 So far, the Dolphins have signed four out of their eight rookies. The other four have signed injury waivers and are able to work in the team's offseason conditioning and strengthening program. The only catch is their class at their respective university have to graduate.

You can check out that story here, and the rest of the day's round-up below.

Contract status update on Miami Dolphins rookies | Miami Dolphins In Depth
So when Adam Gase decided the Miami Dolphins wouldn't actually be practicing on the field during their recently completed rookie minicamp, that could have given football czar Mike Tannenbaum's contract department a reprieve in getting the rookies either signed to...

‘Of course not’: Drake didn’t fear getting stuck in Henry’s shadow in draft | The Daily Dolphin
Kenyan Drake points out he hasn’t played since January, so it’s to be expected that he feels fresh. Except … even if Drake played last week, he might still have fresh legs.

Douglas Ready For Any Situation
The Dolphins second-year offensive lineman got starts at both right guard and center as a rookie in 2015.

After 800 messages, Tunsil hit ‘like’ button for Rebels, not Richt | The Daily Dolphin
The Dolphins consider themselves lucky for landing Laremy Tunsil with the 13th pick in the draft. But do they know how lucky? Because the last time anyone secured the services of the offensive lineman, it wasn’t without a fight. An epic fight, actually.

Christensen Still Ecstatic Over Tunsil Addition
Miami’s offensive coordinator was impressed with Tunsil after getting his first close-up look at the first-round pick during the rookie minicamp last weekend.

Dolphins Have Good Athletes At Linebacker
From defensive coordinator Vance Joseph’s perspective, the linebackers have a chance to make plenty of headlines of their own once the regular season starts.

The Splash Zone 5/10/16: Peyton Manning Helps Out Ryan Tannehill - The Phinsider
Welcome to the Splash Zone, the quickest way to get your day started off right. We bring you a rundown of Miami Dolphins news from the last 24 hours.

Dolphins depth chart: Breaking down Miami's roster I - Quarterbacks - The Phinsider
We take a look at the Miami Dolphins' roster, starting with the quarterback position.

Dolphins have the second biggest running back mess in the league - The Phinsider
The Miami Dolphins are heading into the 2016 season with Jay Ajayi and Kenyan Drake as the top two running backs for the team. According to NFL.com, that is a big mess.

The Splash Zone 5/11/16: Contract Status Of The Dolphin's Rookie Class