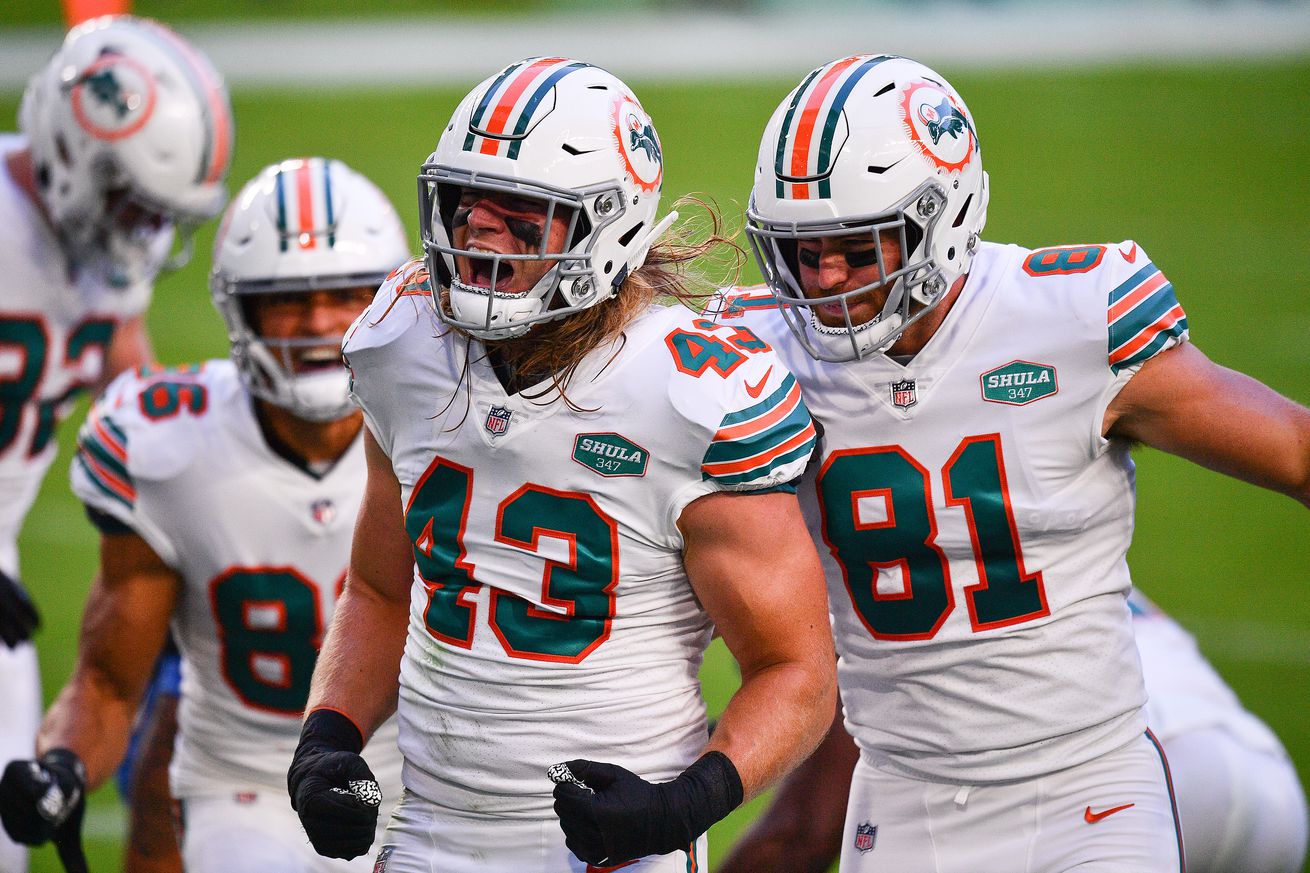 I don’t know when and where it started, but the saying defense wins championships has been around since before my time—or so I think. But that’s exactly what we had hoped to see after Stephen Ross stopped searching for the next quarterback whisperer and went with defensive-minded head coach Brian Flores.

And although championships will come in February are still a few years away, what we see from Miami’s defense in year two is more impressive than many of us ever imagined. I don’t think impressive tells the full story about how awesome Josh Boyer’s defense has been. The word I think that best describes this group after what we’ve seen through nine games in 2020 is:

Menacing: presenting, suggesting, or constituting a menace or threat : THREATENING

I mean, is that not the perfect word to describe this defense?

A defense that played a massive role in Miami’s current five game Win Streak. Which can be credited to the team’s ability to create turnovers, which they’ve done in 15 consecutive games.

But that’s not all.

The @MiamiDolphins rank in the top five of the NFL in the following defensive categories:

Miami’s on a five-game win streak, we know.

But this defense now looks much different than it did when it started. They started to build an identity, and you’re beginning to see Miami’s young players progress from week to week. Guys like Benito Jones, Jason Strowbridge, Raekwon Davis, and many others have stepped up when called upon.

So choose whichever player you want to be the defense’s MVP mid-way through the season. But it’s not about Emmanuel Ogbah’s eight sacks or Xavien Howard’s five interceptions. It is a complete team effort, and that’s why the Dolphins are having so much success this season because they are playing football for one another.

Missed this week’s episode of Phinsider Radio aka The Jake and Josh Show?

Three weeks ago, Flores and his staff confused Rams head coach Sean McVay and quarterback Jared Goff in the same way he did in the Super Bowl two years ago. It was a thing of beauty.

And then again the week, when the defense Dolphins hung on to an unbelievable win over the Arizona Cardinals.

No, this wasn’t as dominant of a performance as we saw the week prior, but they did enough down the stretch to win the game when they needed it most. Oh, and Tua Tagovailoa had the best game of his young NFL career.

Most impressive, however, was last week’s 29-21 win over Justin Herbert and the Los Angeles Chargers. After all, the Dolphins confused LA’s rookie QB in several ways. And whether that be the now-infamous cover-zero defense or just constant pressure from every different angle, the Chargers offense was confused.

But don’t take our word for it; ask Keenan Allen himself.

keenan allen on the @miamidolphins defense:

"i would say we were pretty confused out there." pic.twitter.com/9u5beQ14oU

I expect Miami to keep their 15-game win streak alive this weekend in Denver. Most importantly, I think they win this game in convincing fashion. And head back to South Florida riding a six-game win streak with a shot at the AFC East crown in their crosshairs.