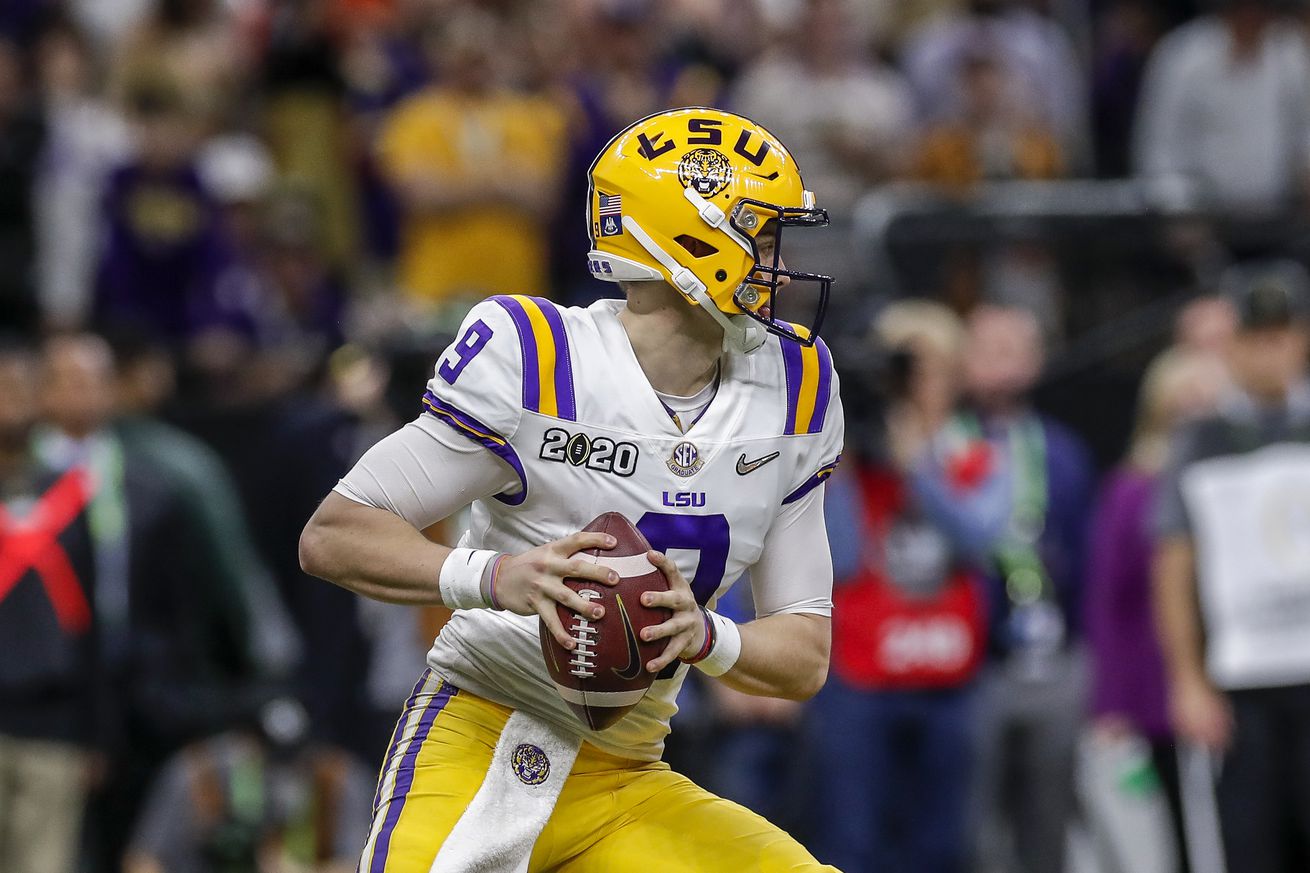 Welcome to speculation, rumor, and smokescreen season. The 2020 NFL Draft is just two weeks away (well, as of tomorrow), and, in a world in which there is not of sports happenings, the ramp up to the Draft includes a lot of wild theories and ideas. One of those ideas came out this week from Peter King who, in his NBC Sports Football Morning in America article, took a shot at shaking up the start of the Draft.

And he did it with the Miami Dolphins looking to move up to the first-overall selection to snag LSU quarterback Joe Burrow. Before we get to the exorbitant price Miami would pay in this scenario, there was an important line buried deeper in King’s article. He wrote, “I’ve heard there are some inside the Bengals who are true believers in Herbert...”

Of course, in smokescreen season, that could be a signal from the Bengals that they would be willing to listen to a trade, but that it would cost.

And, in King’s scenario, it costs.

The Dolphins enter the NFL Draft with 14 picks, including the fifth-, 18th-, and 26th-overall selections, all first-round picks. It would take all three of those selections, according to King, to entice the Bengals. But, he was not done there. Miami also has two first-round selections in the 2021 NFL Draft, with one of those picks also being part of the package sent to Cincinnati.

Four first-round picks for Burrow. Is that a deal you would make?

“Miami owner Stephen Ross has made it priority one in the organization to find the next Dan Marino, or at least some reasonable facsimile,” King explains. “At all costs, a franchise quarterback must be procured. Pronto.”

He continues, adding, “If you’re Grier, and you’ve got questions about Tua Tagovailoa’s long-term health or Justin Herbert’s upside, the sensible thing is to use a huge chunk of the draft capital you’ve accumulated for the purpose of being sure you’ve got the long-term quarterback you think is clearly the best one in a good class.”

He admits the Bengals could only say yes to this trade if they rate Tagovailoa or Herbert nearly equal to Burrow. If there really are “true believers” in Herbert within the Bengals’ organization, and they have the power to sway the pick toward the Oregon quarterback, maybe Miami can make a trade.

But, four first round picks is a steep price to pay.