What should the Dolphins do with QB Josh Rosen? 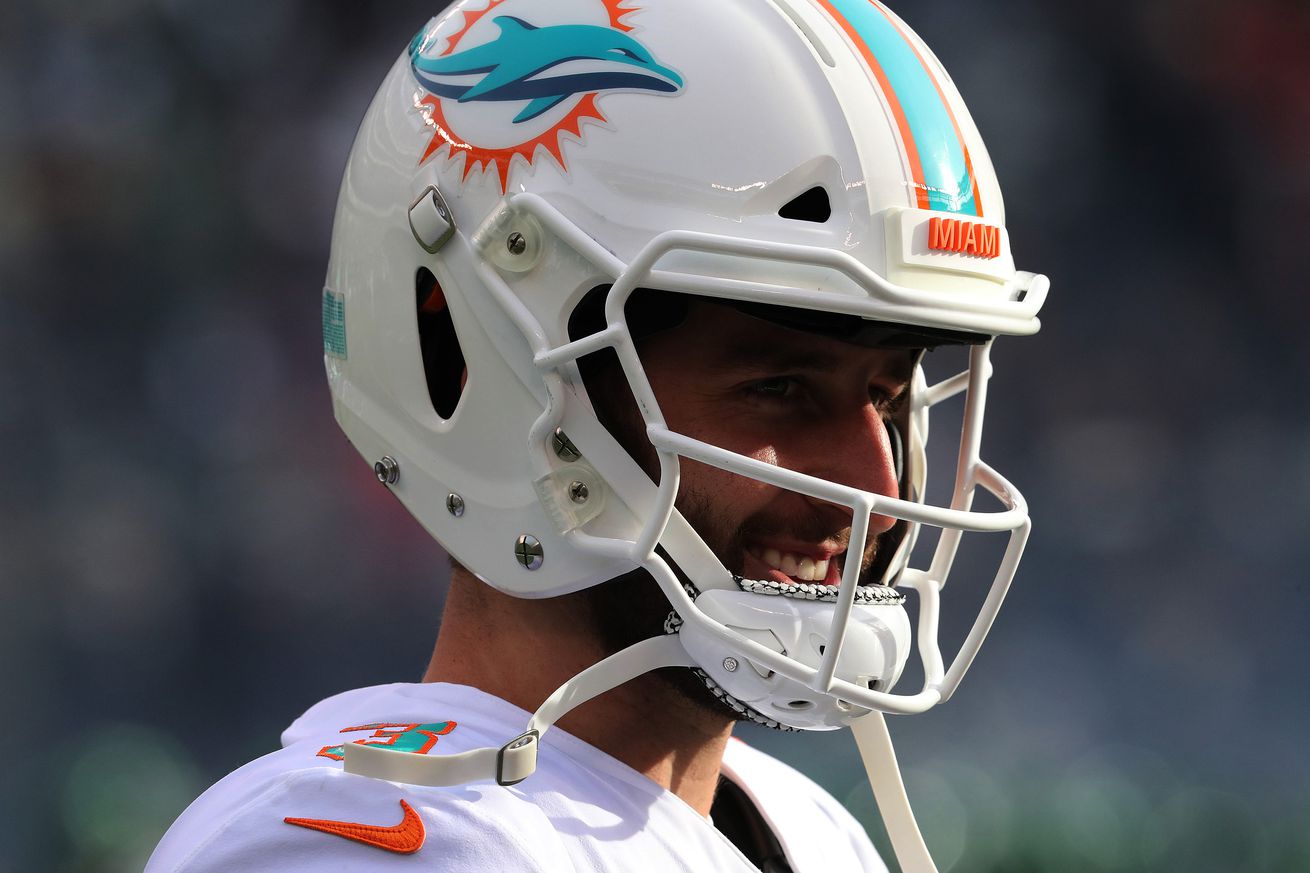 Miami must decide whether to cut, trade, or keep the 23-year-old QB this offseason.

Last year, the Miami Dolphins made several moves on day two of the NFL Draft. Not only did they trade down with Jeff Ireland and the New Orleans Saints to acquire an additional 2020 second-round pick, but they then moved the 62nd-overall pick in 2019, along with a 2020 5th-round pick for 22-year-old Josh Rosen.

Editors’ note: The Dolphins will get their 2020 5th-round pick back in the Kenyan Drake trade.

And after a meh start vs. the Dallas Cowboys, and two dismal performances vs. the Los Angeles Chargers and Washington Redskins, Coach Flores decided to go back to 37-year-old Ryan Fitzpatrick.

Benching Rosen worked out well for the Dolphins. FitzMagic allowed Miami to compete throughout the season, and he became a leader in the locker room. And if all reports are accurate, he will return in 2020 to help groom Miami’s QB of the future. Which begs the question:

What will the Dolphins do with QB Josh Rosen?

There are only two options for the Dolphins, as I don’t see the team releasing the young QB on a modest two-year deal. After all, Rosen will make roughly $5-million combined over the next two seasons. And for a team that already invested a second-round draft pick in the former top-10 draft pick, I see no benefit of outright releasing him. But hey, stranger things have happened

Unless a team is in desperate need for a QB or had a ridiculously high draft grade on Rosen back in 2018, I don’t foresee anyone parting ways with a high draft pick, like the Dolphins traded away for Rosen last April. In fact, after the dismal performance he had at the start of 2019, there’s a good chance he has very little trade value at this time.

Maybe, he will be traded away on draft day so the Dolphins can move up a few spots and draft a player higher on their draft board. Then again, perhaps a team would prefer to use a day three pick on a developmental prospect like Rosen, instead of wasting a high-draft pick on Hurts, Fromm, or Eason.

No one truly knows. But as things stand, I don’t think the Dolphins will ever see a similar return on their investment. And if a team were to come calling, and Miami is committed to drafting a QB in round-one like many of us think they are, they might be willing to part ways to avoid a QB controversy—the same way Arizona did last year.

When Miami traded for the former top-10 draft pick—who just so happens to be younger than Joe Burrow—there was lots of potential. Unfortunately, Rosen has a new offensive coordinator, which marks the eighth time in the last six years ther he has had to start over fresh, or does he?

Chan Gailey’s offense is similar to the spread offense Rosen was accustomed to running at UCLA. And although there will be plenty for the 23-year-old QB to learn, there is potential for him to showcase his skills in Gailey’s offense.

My preferred scenario is to keep Rosen, but again, there is a lot of dominoes that must fall before we genuinely know what Miami’s intentions are. Nevertheless, if Flores wants to make players compete for their jobs truly, it would be in the Dolphins best interest develop the young QB through the 2020 season.

In the end, I don’t even think the Dolphins know what they’re going to do with Josh Rosen at this moment in time. Whether or not they draft a QB early in April’s draft will play a large part in Rosen’s future in Miami. And who’s to say there won’t be a team willing to part with a day three pick to obtain the young player’s right.

But as someone who thought Rosen had all the tools coming out of college, I wouldn’t give up on him. Not now. He’s had an ever-changing room of offensive coordinators and was set up to fail behind two of the worst offensive lines in the NFL over the last two seasons.

Rosen might never be a starter in the NFL, and it is clear his time is slowly running out. But in a league that places so much value on the backup QB position—why not at the very least—allow him to develop with a veteran OC like Chan Gailey. Another season behind Ryan Fitzpatrick and if he’s still not where they had hoped when a Tua Tagovailoa is ready to start, then move on.

I may be dumb and naive, but I still think Rosen can succeed in the NFL. And I’d much rather take a chance on him—a player, the Dolphins, already invested a high draft pick on—than settle for a Jake Fromm, Jalen Hurts, or one of the many third-tier QBs in the 2020 NFL Draft.

What should the Dolphins do with QB Josh Rosen?