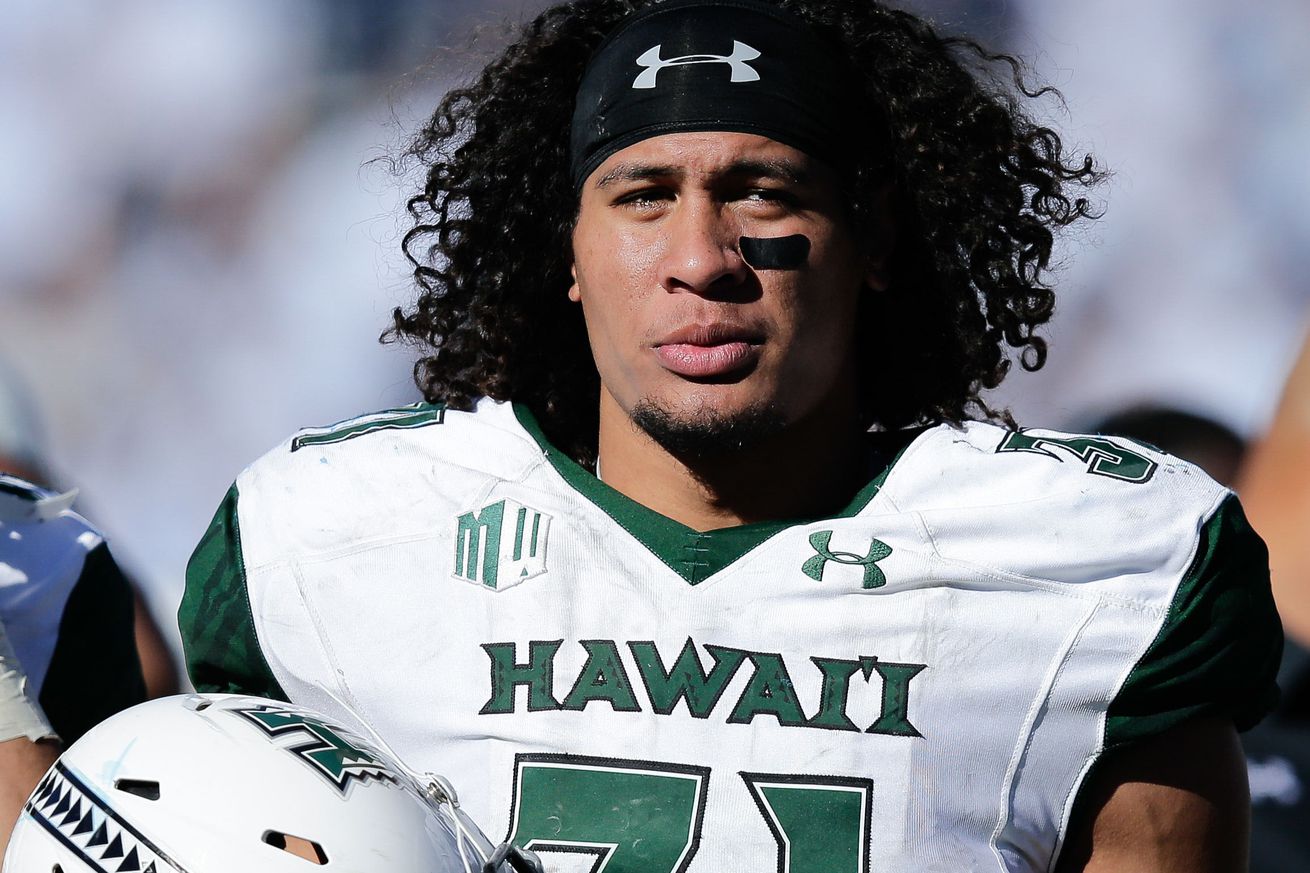 I can’t believe the draft starts this Thursday. Easily one of my favorite days of the year.
It gives us all hope for the future, a hope the maybe the Dolphins have just drafted a guy that will help us turn the corner, bring us back to the greatness of old. That's how I look at it anyways, I like trying to find hope..... hope that one day, I may be able to witness a Dolphins Super Bowl. Is this year’s draft where it starts?

Pardon my rant, hopefully it got a couple laughs.....I had a lot of fun writing this list. This is a fun draft class, so much to take in and analyze, I truly am looking forward to this weekend. So, below is my Top 10 Sleepers for the 2019 NFL Draft (in no particular order). Please enjoy and feel free to leave me a comment.

Cashman has been one of my favorite players in this draft for a while now. He’s an undersized LB that isn’t the most athletic guy on the football field, but once the game is underway, you can’t miss him. He’s constantly around the football making plays. The former walk-on turned team captain plays with a toughness and a passion that is blatantly clear on film. I’ve seen his stock all over the place so I have no idea where he will land, but for him I have a 2nd round grade on him. 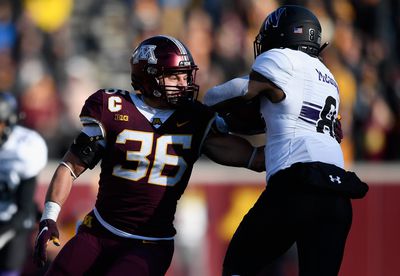 Nelson is a prospect that I like but am cautious on – he’s got a lengthy injury history that scares me. When he’s on the field though, he stands out. First off, he’s huge – 6’7” 295 lbs and has played both DE and DT. It’s been said he’s an incredibly selfless, team first type guy and also extremely intelligent ( 4-time academic All-Big Ten Selection). I think he’s got a great anchor, he can withstand double teams, and uses his hands well. I also think he can contribute to the pass rush. Nelson won’t be a high draft pick, but I see potential for him to be an asset to our defensive line; the Dolphins would be foolish not to have him on their radar. 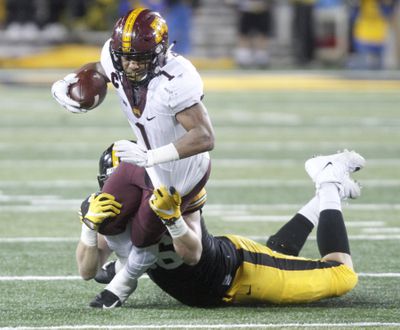 Tavai is a prospect I heard about a little over 2 months ago. After 2 games, I pretty much could see what type of prospect he is. Tavai is a 100%, aggressive, petal to the metal LB that flies to the ball. I think he averaged about 10 tackles a game last season. To add to that, he’s a 3-down LB also. He’s got good range and his awareness is impressive. He doesn’t let blockers take him out of the play and never gives up trying to shed them. Tavai will be drafted higher than most are expecting. I have a early 2nd round grade on him. 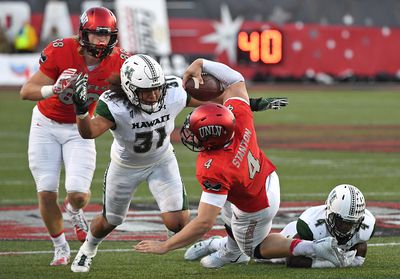 David Long is a prospect that I said to myself ‘I need to have him on this list’. He doesn’t get the credit he deserves. In the CB class where I don’t see a true #1 type guy, I would love to select David Long in rounds 2 or 3. He’s quick, has fluid hips, good footwork, uses hands well and is physical with receivers. I think he’s a day 1 contributor and a very safe pick in this draft. 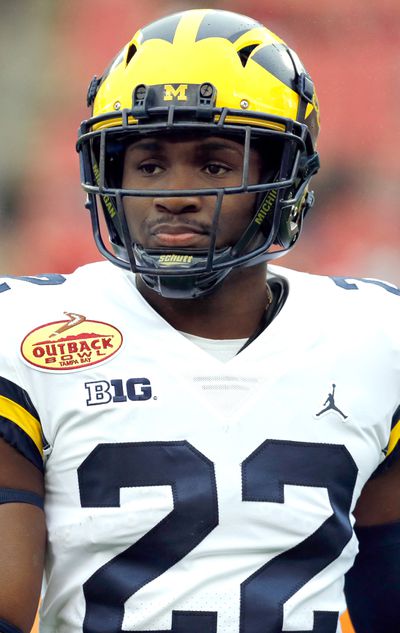 I’ve been a fan of Gaillard for a little more than 2 years now. I noticed him last year and thought he had a decent season in 2018. To me, he’s not the flashy, highlight pick but I think he’s reliable, high motor type guy that could turn into a 10 year starter at center. This is a pretty solid center class, so I anticipate him being available in the middle rounds of this draft as well. I’d be thrilled to land him as the Dolphin’s future center. 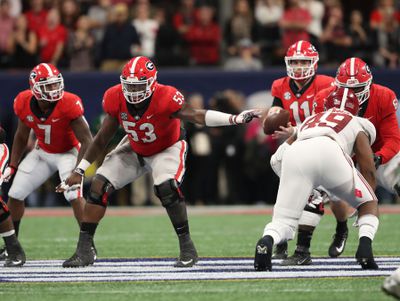 Another guy that isn’t flashy but reliable is Ross Pierschbacher from Alabama. He’s got tons of experience at different positions along the O-line, plays with good balance, good footwork, pretty good quickness, has an awesome ability to pull and get to the second level and actually has good patience and vision to anticipate blitzes and stunts. I think he needs to get a little stronger and improve his pass protection, but he’s just anther guy that screams value to me in the middle of this draft. 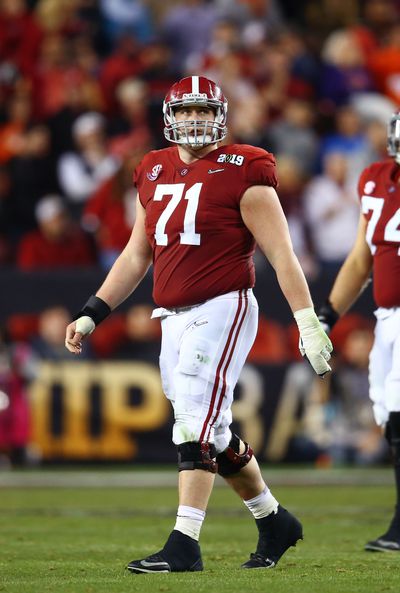 Bingham’s tape is fun to watch. Kids got an elite motor and loves to get after the QB. His motor is so good, and he plays so aggressively I’ve seen him run over his own teammates that get in his way. He’s a bit undersized, about 6’2 240 lbs, but boy he’s got pass rushing talent. Strictly as a pass rusher he’s a tremendous prospect, but he often gets swallowed up by blockers, he needs to improve stopping the run and learn to play under control. For the Dolphins though, who clearly need pass rushing help, I am super intrigued with Bingham. 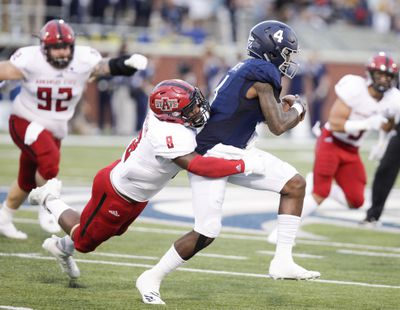 Emanuel Hall is probably one of the more recognizable names on this list, but I decided to include him because I think he’s being undervalued right now. I have a strong 2nd round grade on Hall. I think he’s one of the smoothest route runners in this draft, he’s quicker than fast and has good hands. I would anticipate that he will go day 2 but this is a very strong rounds 2-5 WR class so you never know. Grabbing him day 3 would be a steal. 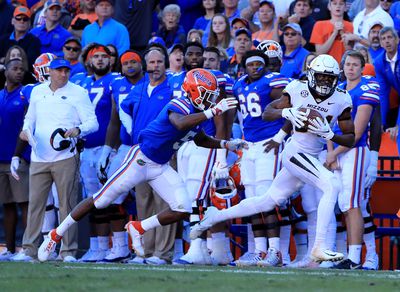 I can’t believe that Humphrey isn’t getting more attention. All the guy did last season was make plays. This sounds crazy, but I really don’t care that he ran a 4.7 at the combine – watch his film. You know who else ran a 4.7? Jarvis Landry. I think we all can agree Jarvis is a pretty good football player. Humphrey is a really good receiver that has potential to be a steal late in this draft. 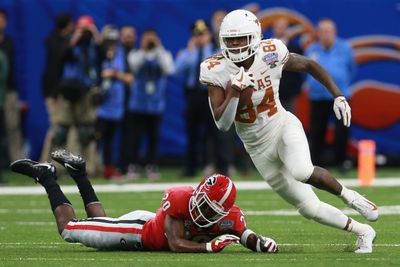 Broughton is a high energy type guy that is explosive off the ball and disruptive in the backfield. I think he pushes the pocket consistently and plays with pretty good awareness. I liked seeing him recognize plays and hustle to make the tackle. I think he needs to shed blocks better, but Broughton is a DT that could immediately help the Dolphins and should be on our radar for this draft. 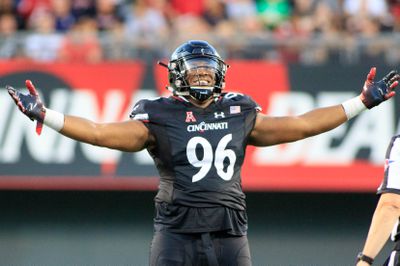 Morgan is another receiver who isn’t getting much love. I like Morgan’s game, I think he’s got reliable hands, has quick cuts, runs good routes and can be dangerous with the ball in his hands. I’ve seen him contribute in blocking and despite not being a massive guy, he wins a lot of one on one battles for the ball. Morgan doesn’t blow me away, but I like the fact that he stands out when you watch Nebraska film. Much like Humphrey, he’s a very good football player that can hurt you if you under-estimate him and thats what a lot of people are doing right now. 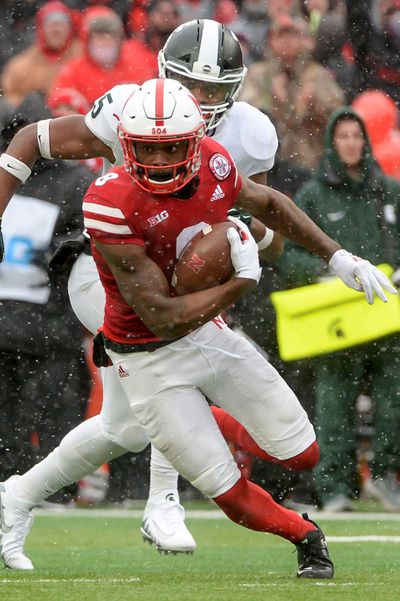