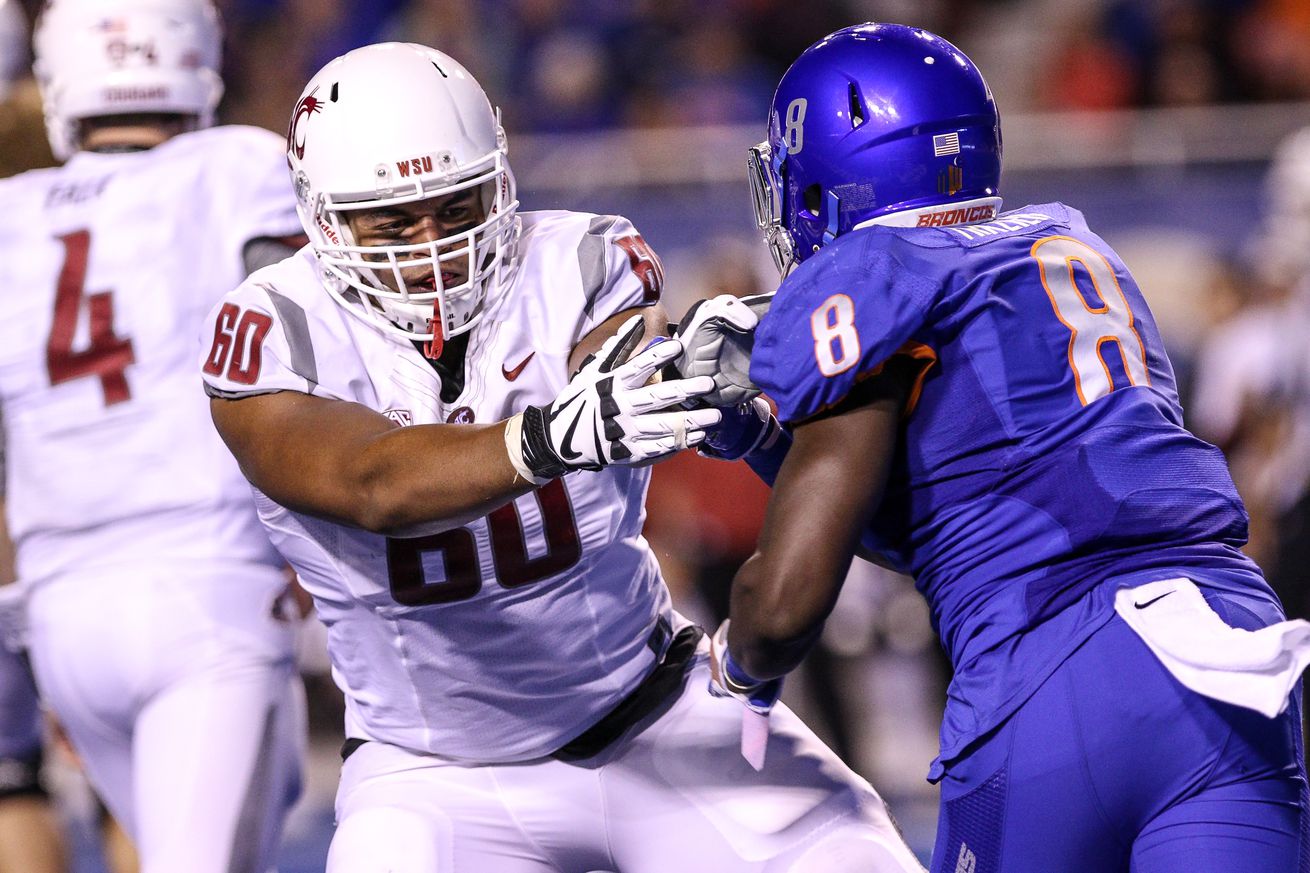 We have already taken a closer look at one potential draft prospect for the Miami Dolphins this year, albeit a prospect who may not be a pick for the team with the 13th overall selection. As we continue the list, we bounce from Florida pass rusher Jachai Polite back to the offensive side of the ball with our second offensive Tackle of the series.

The Dolphins are expected to focus on the foundation of the franchise this season - unless something weird happens in Thursday’s first round - with several of the picks likely to land on the line of scrimmage. With many of the first 12 picks on Thursday expected to address quarterback and pass rusher needs, the Dolphins could be in position to pick up one of the premier offensive linemen in the Draft. Washington State tackle Andre Dillard could be sitting there just waiting for Miami.

What they are saying

Bill Marshall, Cat Scratch Reader - There will always be questions with left tackle prospects who play in an air raid scheme with wide splits. The purpose of the wide splits was to create passing lanes for the quarterback. In recent years, Mike Leach and other air raid coordinators have reduced the splits to run more power run concepts. Regardless, during Dillard’s time as a starter he was primarily seen in a 2 point stance. That shouldn’t be seen as a negative though. As a run blocker, Dillard isn’t the most technically sound. However, his core strength as a pass blocker does bode well for him to translate it as a run blocker too.

Lance Zierlein, NFL.com - Talented four-year starter at left tackle with outstanding feet who offers an instant athletic upgrade for teams getting battered from the blind-side. Because of his scheme, Dillard will be a little behind in terms of his feel for set points and firing off the ball in the run game. While he could play with a little more ferocity as a finisher, he has the athletic ability to make all the blocks and the protection talent to become a good, early starter on the left side. Comparison: Eugene Monroe. Projection: 1st round.

Joe Marino, The Draft Network - Dillard’s foot speed, length, lack of functional strength and ability to win on the move make him an ideal candidate to play tackle in an inside/outside zone running scheme. Dillard enters the NFL with a ton of experience but unfortunately the Washington State scheme translates poorly to what he’ll be asked to at the next level and his learning curve is fairly steep considering the new techniques he will have to learn. I like his ceiling, particularly in pass protection, but he’s more of a developmental prospect than his physical upside and resume suggest.

Ryan Wilson, CBS Sports - Andre Dillard is an impressive athlete who started 39 straight games for Washington State. He excels in pass protection though he has limited experience in run blocking because of the offense he played in for Mike Leach. Strengths: Dillard has smooth feet, long arms, a good mirroring technique, and shows he can effortlessly deals with twists/stunts and passing blockers off to other offensive linemen. He also has the athleticism to get out in space on screen passes, and the ability to pull in the run game. Weaknesses: Played in a pass-heavy offense and was rarely asked to run block. Dillard doesn’t have the same anchor as Oklahoma’s Cody Ford, Florida’s Taylor, West Virginia’s Yodny Cajuste or Kansas State’s Dalton Risner but is more athletic than they are. Comparison: Terron Armstead.

Gavino Borquez, USA Today Draft Wire - Dillard has great size and a compact build. He has some of the smoothest footwork in this entire class. He’s a mobile player, showing fluid movement skills with his lower body, core strength at the point of attack to control the edge, and active hands. He knows how to use his reach to shut down edge rushers by optimizing his wingspan. He can get out of his stance quickly and pull into space efficiently. Run blocking isn’t his strong suit, as he will overextend his hips, lunging and finding himself off balance. Dillard will need to get better at holding onto his blocks, showing poor hand placement at times.

Charlie Campbell, WalterFootball - In the passing-driven NFL, teams are always looking for dependable left tackles who can help keep the quarterback healthy. It can be very difficult to find left tackles with Dillard’s natural size, speed and athleticism, so those qualities make him an intriguing prospect for the NFL. There are a lot of natural strengths to Dillard. He has very quick feet with surprising athleticism that allows him to get depth in his drop and neutralize speed rushers. He should be an asset to take on the fast edge rushers, as he can get off the corner and prevent them from running the loop around the edge. With his quick feet and ability to bend at the knee, Dillard doesn’t have to reach after rushers and is not a waist bender. He does a nice job of latching onto the defenders and riding them around upfield to keep them from putting heat on the quarterback. There are times when Dillard allows rushers to get speed upfield, but he has demonstrated nice recoverability to push the rushers deep and around the pocket to protect his tackle. For the NFL, Dillard could be very valuable to protect his quarterback against fast edge rushers. Dillard could have issues in the NFL with powerful edge rushers due to possessing no anchor. Strong bull rushers could give him problems, and that will be the major point of emphasis for his improvement at the pro level. Comparison: David Bakhtiari.

Dillard is going to be an exceptional offensive lineman for some team, but is he the right pick for the Dolphins? If the coaches believe he can quickly learn to flip his technique to play the right side, leaving Laremy Tunsil on the left, there is no reason for the Dolphins to not select Dillard - assuming he is still on the board. If you assume Miami is looking toward 2020 and selecting quarterback Tua Tagovailoa, you need to find a right tackle that will be able to block the left-haded quarterback’s blind side. He could be the best player available at 13, and the Dolphins could make that pick. It would not be a bad choice, but it would require some coaching this summer to have him ready for the season.