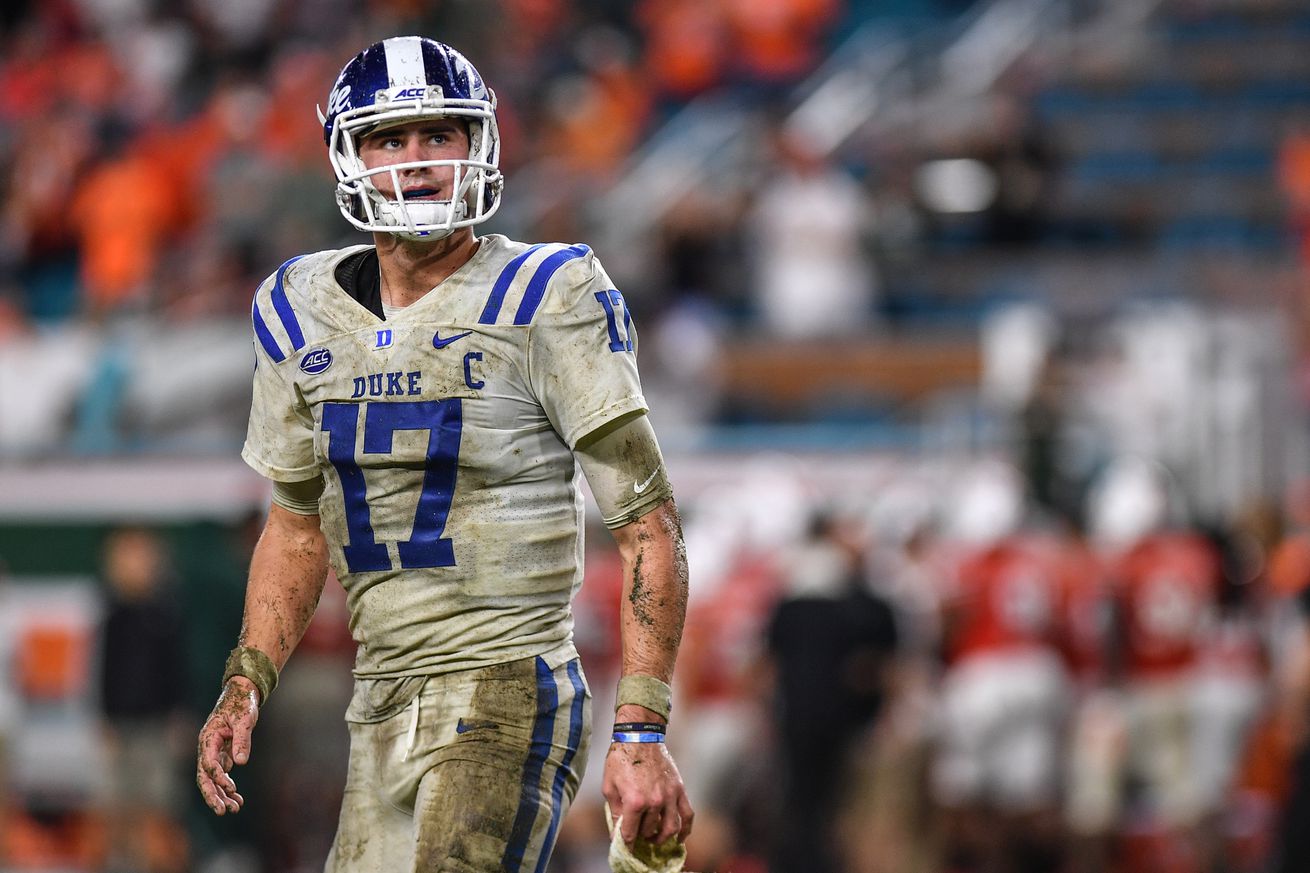 The Miami Dolphins are doing plenty of due diligence on the NFL Draft’s top prospects.

The NFL Draft is less than two weeks away, and the Miami Dolphins’ front office is doing its homework on as many prospects as possible before the team is on the clock.

According to Ian Rapoport of NFL Network, the Dolphins are heading to Duke to hold a private workout with quarterback Daniel Jones. Jones is considered one of the top passers available in this month’s draft and is projected by many experts to be a first-round selection. His high football IQ and sneaky athleticism are considered to be his most appealing traits, while some pundits site his lack of elite arm strength to be his biggest drawback.

At 6’5”, 221 lbs, Jones certainly has the size that many scouts look for in a starting quarterback. In 11 starts last season, he threw for 2,674 yards, 22 touchdowns, and nine interceptions to go along with a 60.5 completion percentage. He also rushed for 319 yards and an additional three scores.

Bush would be an intriguing addition to a Dolphins linebacker corps that already sports three starting caliber players in Kiko Alonso, Jerome Baker, and Raekwon McMillan. With new head coach Brian Flores sure to use a combination of 3-4, 4-3, and 3-3-5 formations, there’s little doubt he’d find a place for a feisty and talented playmaker like Bush.

When it comes to Taylor, Miami’s interest makes a great deal of sense. With last year’s starting right tackle Ja’Wuan James signing a lucrative multi-year deal with the Denver Broncos, the Dolphins need someone to help fortify the right side of the o-line. Taylor’s experience at right tackle and obvious talent would give the Dolphins an elite combination at tackle in Taylor and former first-round pick Laremy Tunsil.