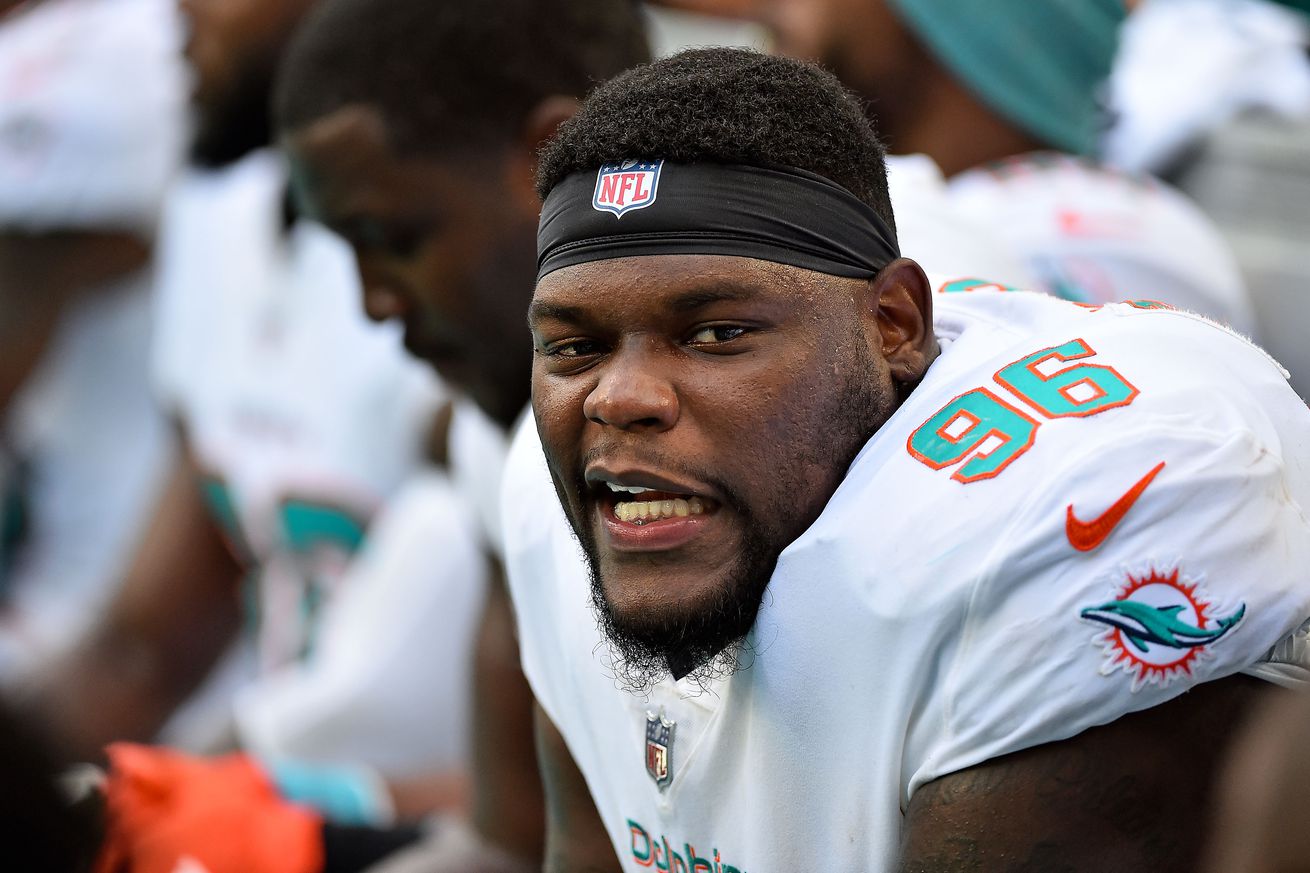 The Miami Dolphins have placed Defensive Tackle Vincent Taylor on injured reserve, the club announced on Tuesday, ending a strong second season in the NFL for the 2017 sixth-round pick. Taylor has a foot injury that will keep him out of the second half of the Dolphins’ 2018 season.

In eight games this year, Taylor recorded 27 tackles, two sacks, and blocked a field goal. He started to flash during the summer, first in training camp then in the preseason, and continued that into the regular season this fall. He worked his way up to being a key member of the Defensive tackle rotation, to the point that his play was likely a large part of why the Dolphins made the decision to release Jordan Phillips at the start of October.

The Dolphins added free agent Ziggy Hood on Tuesday, giving them an immediate replacement for Taylor. The 10-year veteran had spent the early part of this season with the Washington Redskins, appearing in four games with three tackles recorded. He has primarily played defensive end in a 3-4 scheme in his career, so Miami will likely look to use him as a defensive tackle, though putting him outside in running situations could be an option as well.

With Taylor out and Hood in for this season, the Dolphins will look to Akeem Spence and Davon Godchaux to continue to carry the interior of the defensive line, with Hood serving as the primary rotational option. Miami could also look to use defensive end Cameron Malveaux at defensive tackle, something that has happened a few times this year already.

Miami currently has two roster spots open, having released rookie defensive tackle Jamiyus Pittman and safety Maurice Smith earlier this week. Those spots could be filled by offensive lineman Jake Brendel and linebacker Mike Hull, both of whom are expected to be activated from the injured reserve list.