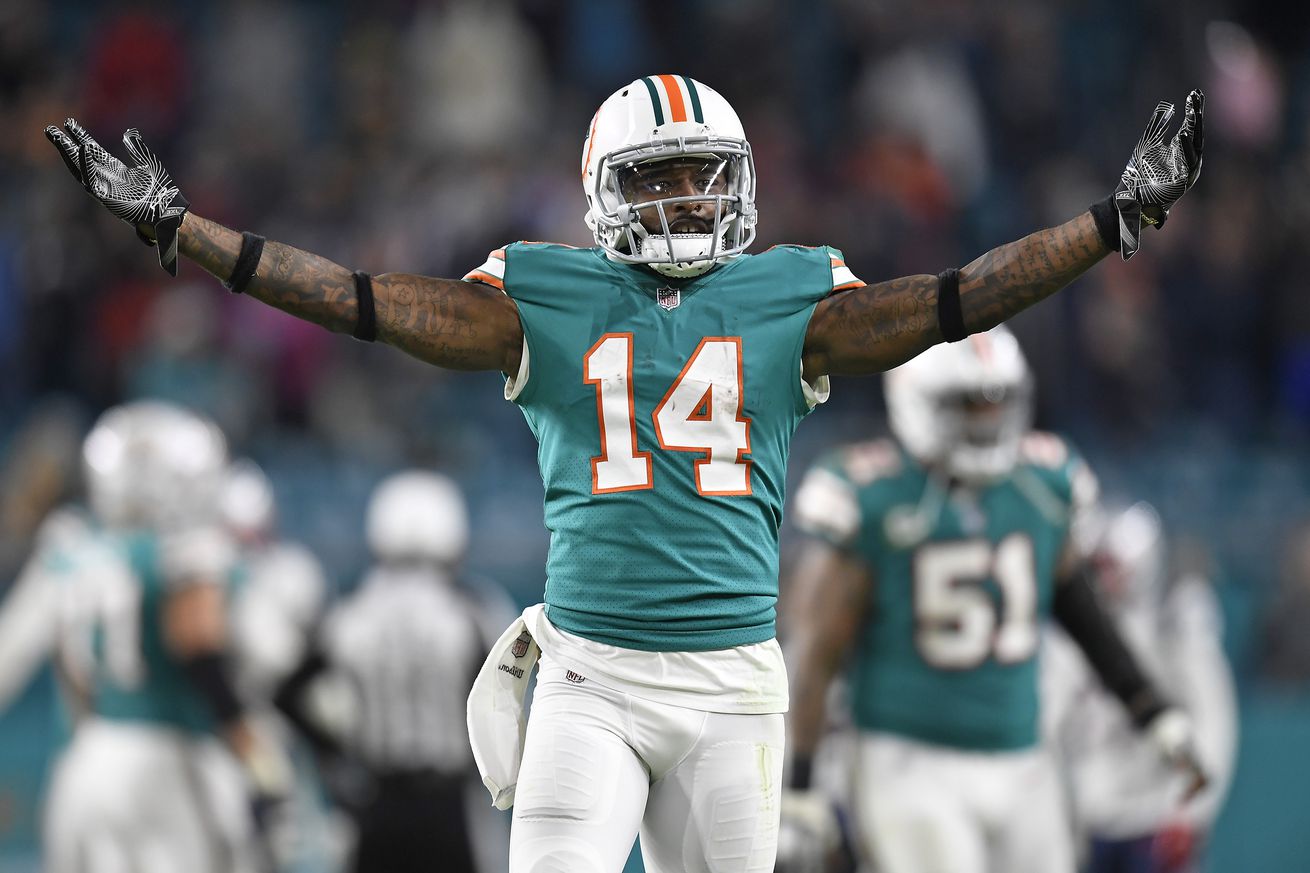 Sometimes you stare at a white screen trying to come up with something to write, wanting to share ideas about the Miami Dolphins, but not able to form a full article about any particular subject. It leads to a lot of starting, stopping, deleting, rewriting, and walking away from the computer. It also comes up with this.

I have many times thought about adding a new piece to Phinsider Radio, doing a “quick hits” type of show where, while Matt, Houtz, and Sutton still run the main weekly show, I have a 15-minute, weekly (?) show of my own to just give thoughts on three to five subjects. I have never put together what that would look/sound like, but it is an idea I have had for a while and just have not done.

But, it led to today. I have all these ideas for blurbs on things happening around the Dolphins. So, instead of trying to come up with multiple articles about these different ideas, I present to you some quick hits. Feel free to discuss in the comments.

1. Jarvis Landry. Obviously, this has been and will continue to be the top story for the Dolphins this offseason - at least until he is either re-signed, tagged, or signs with a new teams. There are a lot of “pay the man” stories out there, and there are probably just as many “let him walk” stories when people consider the money he is reportedly looking for in his new deal. I believe the Dolphins and Landry come to terms on a new agreement at some point. Deadlines creates action, and there is no deadline right now. Wait until we get closer to mid-March, and I expect things to happen. Of course, I also said that about August and the start of the season, and I was wrong there. Landry reportedly wants top receiver money, somewhere around $15- to $16-million per season. The contract that has been most utilized as a possibility for the basic structure for Landry’s new deal - at least from the Landry side of the negotiations - has been Devante Adams’ deal with the Green Bay Packers, a four-year, $58 million contract with an $18 million signing bonus, the only guaranteed money on the deal. The Dolphins reportedly are thinking somewhere around $12- to $13-million per season. Basically, the two sides are $3- to $4-million per season apart. There is a compromise in there somewhere.

2. Quarterback. Ryan Tannehill is the starter on this team. Ideas of trades or drafting a new starter are just writing to write at this point. Adam Gase likes Ryan Tannehill and wants more than a year with him. He came to Miami knowing Tannehill was his quarterback. That all said, the team needs to draft a quarterback at some point this year, giving them a developmental player and a backup. Matt Moore and Jay Cutler are both (likely) gone from the team, and the Dolphins need a player who can come into the game and be effective if something were to happen to Tannehill, but they are not going to draft a starting quarterback this year or spend a ton of money to sign a free agent quarterback.

3. Linebackers. There is a lot of hate for Kiko Alonso out there, and he admittedly struggled at times this year, but he was also asked to play a role to which he is not suited. Alonso is not a coverage linebacker. He should not be out there trying to cover tight ends and running backs. That is where the Dolphins have to improve next year. Raekwon McMillan will come back and a coverage linebacker could be drafted, which likely gives Miami the starting trio of McMillan, Alonso, and a rookie. I would expect the Dolphins to use an early pick - potentially that first-round selection - to grab a linebacker they believe can finally become the tight end coverage linebacker they desperately need.

4. Coaching Staff Changes. Adam Gase has done a solid job this offseason of shaking up the coaching staff. He has identified areas that he thinks needs to be addressed, and he is going after them. It is the same thing he did with the offensive line in the middle of the 2016 season, recognizing players that were not getting the job done and making a change. Will this work out in the long run? Who knows, but it does show that he is willing to make changes that he believes need to be made. He seems to have added some talented coaches, and it should (hopefully) let us see some improvements.

This post first appeared on The Phinsider, A Miami Dolphins Community, please read the originial post: here
People also like
Top 10 Things to do in Panama, Where to Stay, Important Things You Need to Know
20 Deep-Rooted Beard Myths Busted Once and For All
“Black Panther” Director Ryan Coogler Bank Incident On Police Body Cam Video
Virtual Reality Tourism is Now Accessible, Inclusive and Takes the Risk Out of a COVID-disrupted Getaway
Redmi Note 11 Pro and Pro+ 5G Debuts in India
Every death is a tragedy. Does that make you sad?
What License Is Needed To Be A Botox Injector? Do I Need Certification?
How Much Does Software Testing Cost? Proven Ways To Optimize It
Ryan the DJ – Friday Fix Vol. 30 Mix